In Sibelius, Command Search and the Command Menu will let you run one command at a time.

In order to allow us to run a sequence of commands, the plug-in language ManuScript was given a new instruction, Sibelius.Execute(), which allows a plug-in to run a command on the current selection. A plug-in can include a series of Sibelius.Execute() calls, and thus run them all as a single action.

Sam Butler gives some examples of adding Sibelius.Execute() calls directly to ManuScript plug-ins in his blog post announcing Sibelius Ultimate 2021.2, and that is a good place to get an overview of the process.

I see two ways of using commands in plug-ins. The first is to run a sequence of Command Names (which I refer to as a Command Macro or a Command Plug-in), and the other way is to incorporate Sibelius.Execute() calls in normal plug-in code.

Rather than creating a new plug-in and then using the Plug-in Editor, try using the downloadable plug-in Execute Commands.

Execute Commands lets you create a sequence of Command Names and save them as a text file (a Command Macro) or as a generated plug-in file (a Command Plug-in) without actually editing any plug-in code.

Execute Commands provides you with lists of all the available Command Names, organized by category. To find a command, either choose the category and find the command in the main list, or use Find in List, typing in any part of a command name and clicking on Find until you get a match. 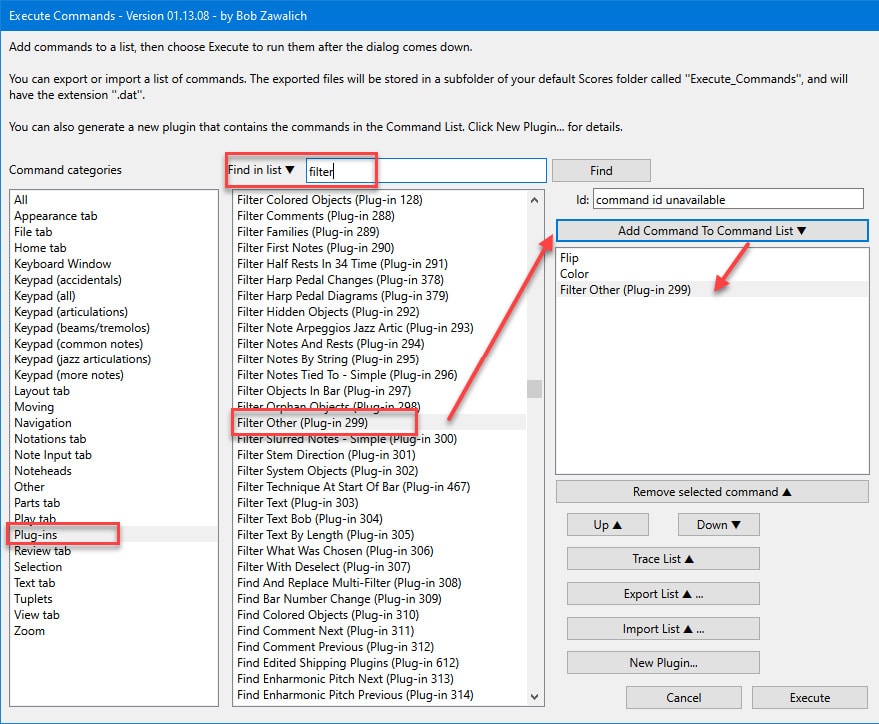 When you have the commands in the desired order, you can see if they work as expected by clicking on the Execute button at the bottom right.  This will close the dialog, and execute each command in the command list in order.

For this to work, your score will need to have a selection and contents appropriate for what the plug-in does. You can close Execute Commands at this point and set up the score, and then run Execute Commands again.  Don’t close Sibelius, though unless you export your Command List first. The commands in the Command List will stay there for the same Sibelius session, but will be cleared the next time you close and restart Sibelius.

Run Execute Commands again if you need to change something.

Once you are comfortable with your sequence, you can save it, using Export List…, which will save the Command List as a text file in the Execute_Commands subfolder of your default Scores folder (as specified in File > Preferences > Saving and Exporting). You can use Import List to read in any file that you previously exported, and you can then Execute the commands you have imported.

You can also save the Command List as a plug-in file using New Plug-in…. New Plug-in will let you select a file name, a menu name and a plug-in folder to save the commands into. By default it will install it into the Execute_Commands subfolder. You will need to close and restart Sibelius before you can run or edit the generated plug-in, but once you do that it will behave exactly like any other plug-in.  You can run it from Command Search, using the menu name as the search key – you might consider making the menu name something that will be easy to type into Command Search.

As with any other plug-in, you can also assign a shortcut to it or run it from within Run Plugins By Name, or find it in a plug-in menu on the Ribbon.

Here is one example of how this could make your life easier. In Philip Rothman’s review of Sibelius Ultimate 2021.2, he created a plug-in that contained a single instruction just so he could set the Menu Name of the plug-in to be ///. In Execute Commands you could find the 8 tremolos command and put it in the command list, then click on New Plug-in… In that dialog you need to name the plug-in, and in particular, set the menu name to be ///. 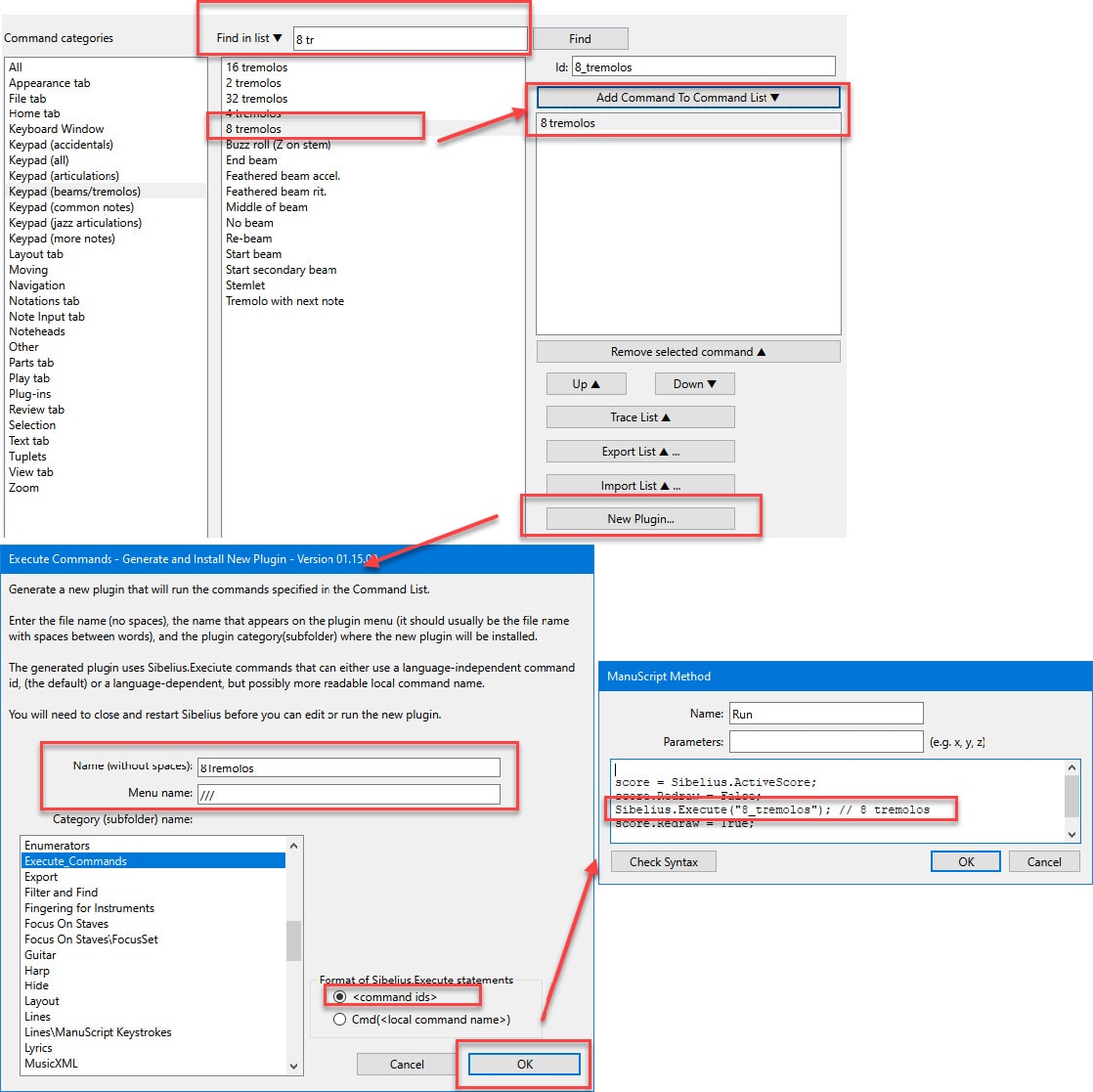 You would need to close and restart Sibelius to be able to use this plug-in, but you would actually never need to edit it. If you edit the generated plug-in and look at the generated instructions, you can see that New Plug-in automatically converted the Command Name to a language-independent Command Id, and while there are still several steps to do this, you do not ever actually “touch code”. You can just run the generated plug-in.

If you had multiple commands in the Command List, they would all be included in the generated plug-in. 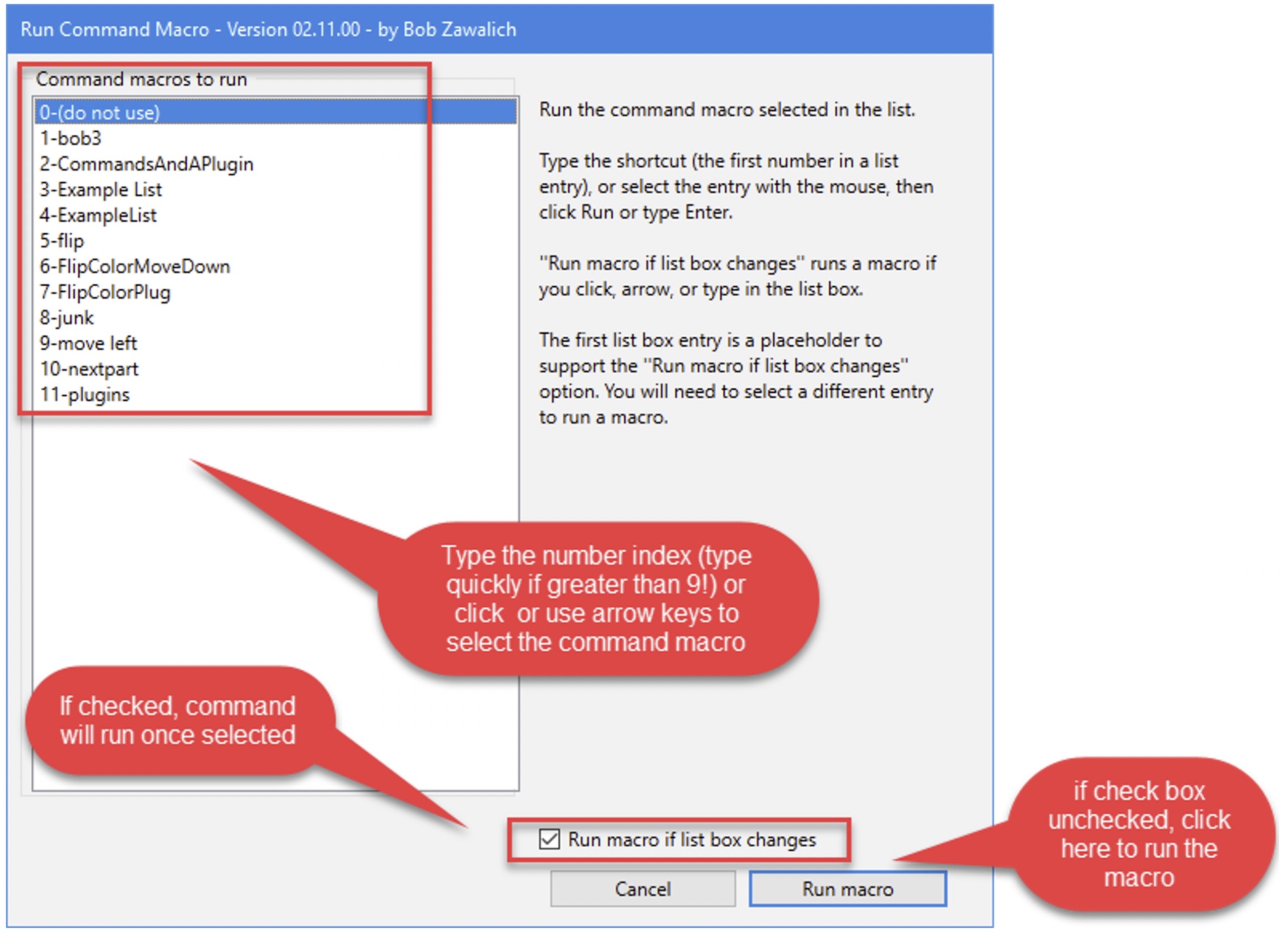 You can use commands to do things in ManuScript plug-ins that were previously impossible, and this can be really helpful. That is a topic for another post, though!

On the Scoring Notes podcast, David MacDonald and Philip Rothman talk about updates to Dorico and Sibelius and have some fun along the way, with Dorico’s support for M1 Apple Silicon Macs, and Sibelius’s refreshed Command Search bar and new scripting features. Listen now: 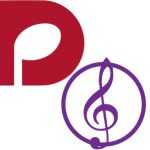 Scoring Notes
Getting down and nerdy with Dorico and Sibelius updates

Sibelius 2021.9 brings updates in the areas of searching, the Keypad, ManuScript, and a handful of other areas, including features...

The Sibelius 2021.2 release continues the ongoing evolution of the Find in Ribbon function into an increasingly comprehensive launch bar,...