This blog post is written by Bob Zawalich, composer, guitarist, software designer, and creator of hundreds of useful plug-ins for Sibelius. In this post geared towards Sibelius power users, Bob describes the rather generous limitations of the numbers of notehead styles and plug-ins Sibelius can support at a given time, and how to get around those limitations, if needed.

In Sibelius there are few limits to how many objects you can have. Typically, you can add staves until there is no room on the page, or add bars to a system until the notes all smash together. If the score is too big, things get slow, but they still work.

There are, however, two quirky limitations you may encounter without warning, and weird things can happen when you encounter them.

What the problem is

You can only use 64 different notehead styles in a Sibelius score.

Additional noteheads can also be created by plug-ins, such as Add Note Names To Noteheads, which will add 21 notehead styles, giving you a minimum of 51 styles in Sibelius 7.

What can happen if you have too many notehead styles

How to confirm this is the problem

If you are not seeing the correct notehead style, run Edit Noteheads and scroll to the bottom of the list. If the highest number is greater than 63, you can have a problem. 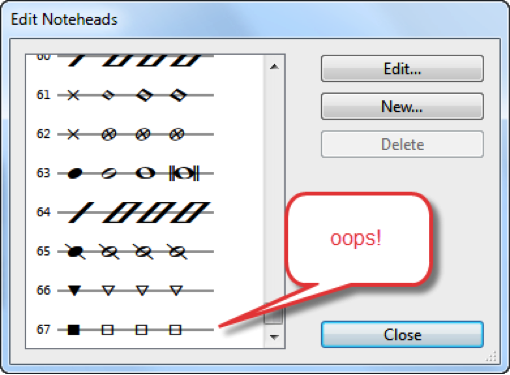 In this example, I created a bunch of notehead styles, ending up with a top number of 67 (the numbering starts at 0, so there are 68 notehead styles). Here is what the beginning and end of the notehead list looks like:

If I select some notes, then go to the Notations pane (or the Properties window in earlier versions of Sibelius), and apply notehead style 67 to the notes, I would expect to see square notes, but instead I will get the slashes of notehead style 3: 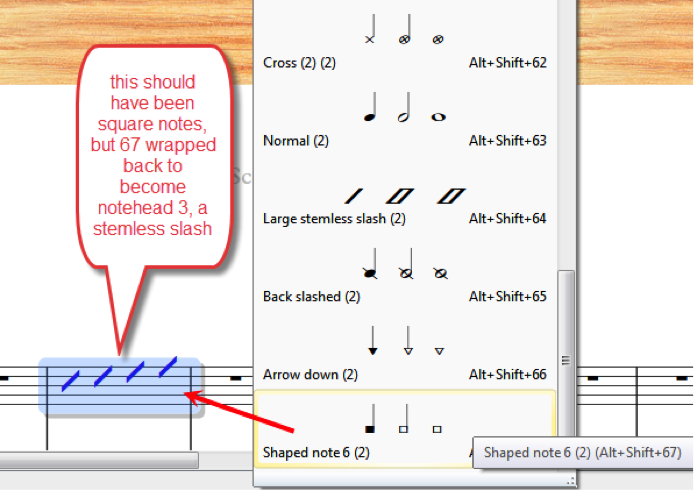 How to fix or get around it

You cannot delete user-defined styles that are a lower number that a style that is used, even if they are not used in the score. In some cases, you can assign notes with a special notehead to have a built-in style, then delete a range of styles, and then recreate and reapply other styles you needed. It can take some serious fussing to get rid of every unused style, but it should be doable.

What the problem is

What can happen if you have too many installed plug-ins

Sibelius assigns a number to each installed plug-in. Shortcuts assigned to plug-ins numbered 300 or over will run the wrong plug-in, or possibly do nothing at all.

Running a plug-in from the plug-ins menu could also do something other than what you intended.

The numbers assigned to plug-ins are not fixed; they will change if you add new plug-ins. So if you have more than 300 plug-ins it could be that previously valid shortcuts will become invalid if that plug-in is assigned a number greater than or equal to 300. Therefore, sanity requires that you keep the total number below the limit.

You will not be warned if you load more than 300 plug-ins.

How to detect it

The commonest problem is that when you choose a plug-in a different plug-in will run, or nothing will happen. There have been reports of other weird problems that went away when excess plug-ins were removed.

You can see if you have too many plug-ins by checking numbers in Preferences > Menus and Shortcuts, but it is tedious to go through 300 plug-ins, and long plug-in names will force the number off thescreen. 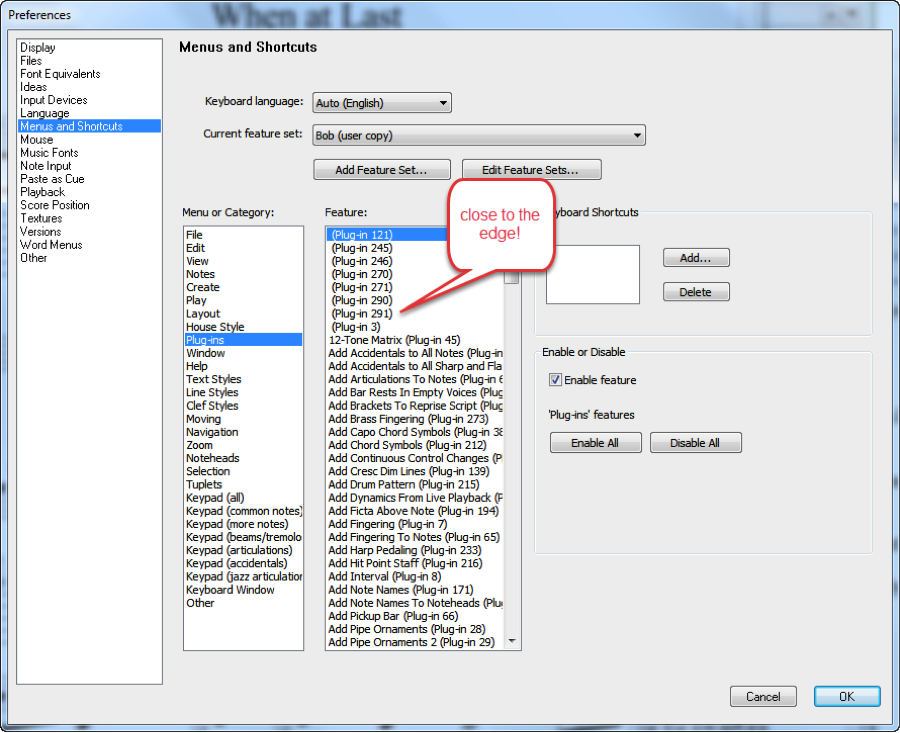 If you install the plug-in List Plug-ins (category Developers’ Tools), you can run it with the option to sort plug-ins by number, and the last plug-in in the list will show the highest installed plug-in. 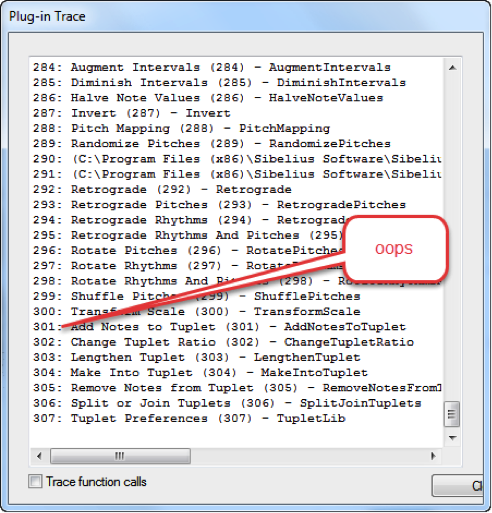 How to fix or get around it

The number of plug-ins affects all scores, so you can fix it once and all scores will be affected.

You can use File > Plug-ins > Edit Plug-ins > Unload to remove plug-ins from memory and to keep them from being reloaded. This should work, but it is pretty tedious if you need to get rid of a lot of plug-ins.

To fully delete user-defined plug-ins, you can use Edit Plug-ins > Delete. Note that this will delete the plug-in “.plg” file from the file system, so be sure you want to do that, especially if the plug-in is not one you can easily download again. 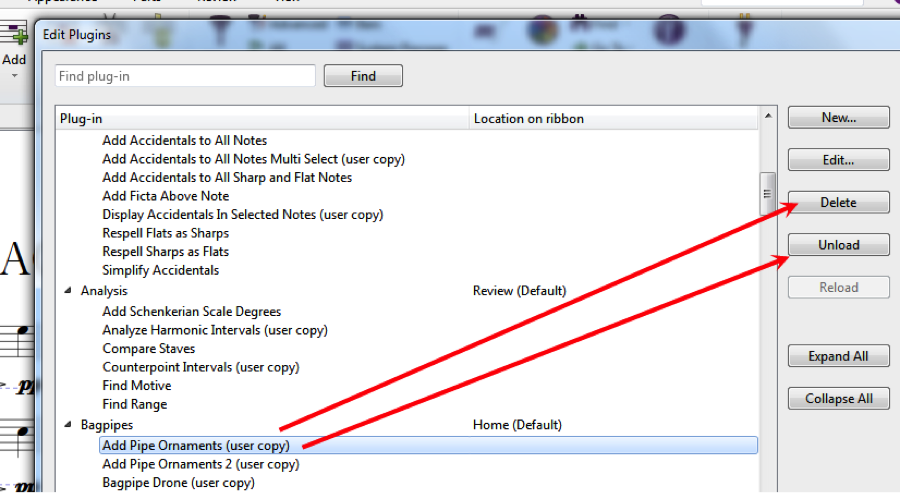 Delete any plug-ins you never use, and delete rarely used plug-ins or move them to a folder outside the user plug-in folder tree. (You can always install them again if you need them later.)

Once you move or delete the plug-ins, close and restart Sibelius so the full new set of plug-ins will get loaded into memory at startup.

With luck, you will never run into either of these problems, but if you do, I hope this information will help you get around them.

Bob Zawalich takes us inside the process of creating a way to color individual noteheads within a chord, eventually resulting...