For a couple of years now, Sibelius has had the ability to move notes and rests horizontally, which we call “sliding” notes. This first appeared in Sibelius 8.2 and was refined in 8.3. If you don’t know about this feature, you’ll want to see this 90-second video I made to demonstrate it. It’s one of my eight favorite features introduced since Sibelius 8. 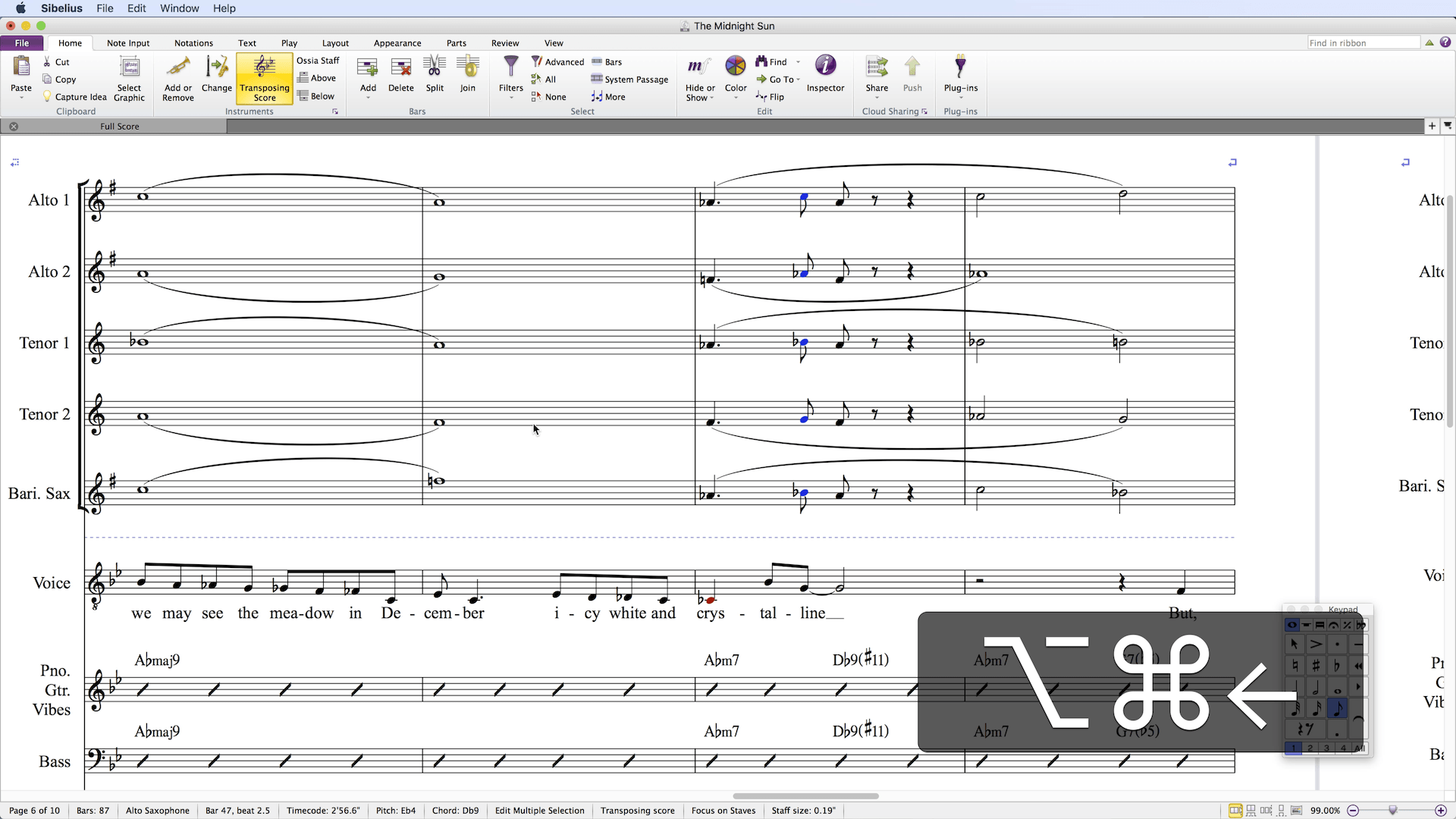 You can “slide” a note during note entry, or after-the-fact by making a selection. It even works on a passage selection involving multiple staves. Items such as lyrics or dynamics won’t move by themselves, but they will be included in a move if those items are contained within a passage selection.

Hi everyone, it’s Philip from Scoring Notes and NYC Music Services with a quick tip on Sibelius’s sliding notes feature. This is one of my eight favorite features I highlighted in another video, so check that out if you haven’t already.

Here, I want to change the rhythm of the saxes so that they anticipate the chord on third beat by an eighth note and match the vocal line.

First I’ll select the notes, and then use the filter in Home > Filter > Notes and Chords to filter only the notes. You can see that I’ve assigned a custom keyboard shortcut to this – Control-N – which I usually use instead of using the gallery.

With the notes selected, I’ll first press the 3 key on the Keypad to make them eighth notes, and then invoke the sliding notes shortcut: Command-Alt-Left Arrow (Mac) or Ctrl+Alt+Left Arrow (PC) to move the notes back one eighth note.

I’ll add the ties using the Keypad, press R to repeat the notes, and again use the Keypad to change those notes to half notes by pressing 5.

A video review of our favorite features in Sibelius since version 8.0 was released in 2015. If you haven’t yet...

Sibelius 8.2 introduces the ability to enharmonically spell notes differently in a part and the score, a new sliding feature...