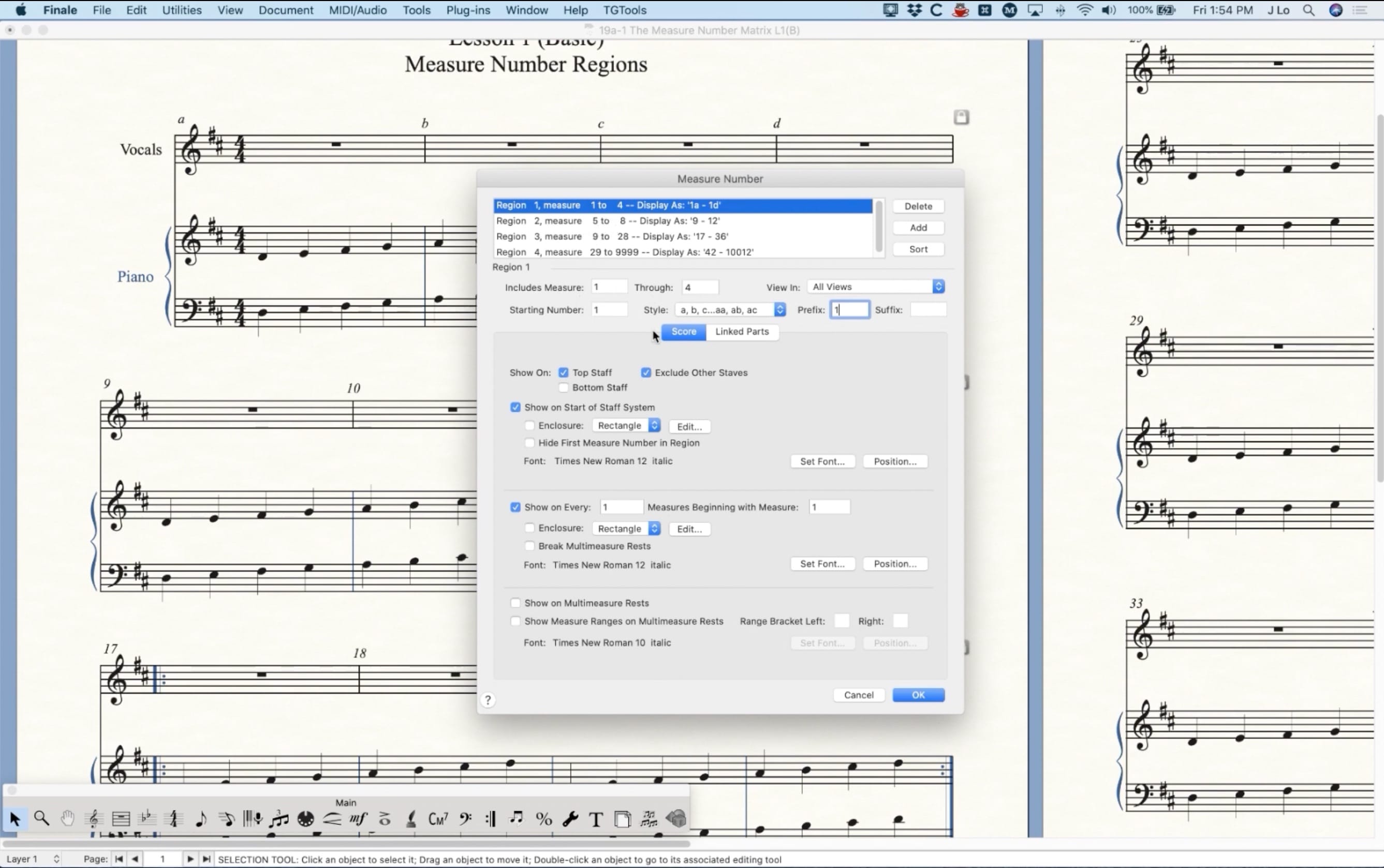 There is a lot of flexibility when it comes to showing, hiding and maneuvering individual measure numbers in both the score and the parts. Covered in this video is:

There are two very important plug-ins that will help immensely with measure numbers in Finale. I don’t usually spend this much time on plug-ins in the category videos but I thought these two were important enough to warrant a special video. The first is the JW Measure Numbers… plug-in which will make the process of creating and editing regions a LOT easier once you know how it works (0:26). The second plug-in is Patterson’s Copyist’s Helper… plug-in which I find invaluable for manipulating the positioning of measure numbers (14:00). These are both 3rd party plug-ins that you will have to acquire but they’re well worth it in my opinion! Here are the links:

In Finale, it’s possible to show elapsed time as measure numbers using the Time… style for the Measure Number Region (0:23). In addition to showing you how to do this, I’ll show some practical ways to use this. There’s also an Other… option which gets a little technical (8:23). If you want to count measure numbers in base 8, this is how you’d do that. But manipulating this in the right way will actually allow you to display measure number zero if you need to (14:34)

This is a bit of a long how-to video to help you understand how to achieve several different common looks for measure numbers in your scores and parts. Feel free to skip ahead to a particular style to see how I recreated them from scratch.

This request comes from Mike Ruckles who is wondering if I can come up with a good way to create the little arrows that often can be found before a measure number when there are skipped numbers. The most obvious solution is to use an Expression, but I think I came up with a better solution for this that avoids all the headaches that using an Expression for this would cause. 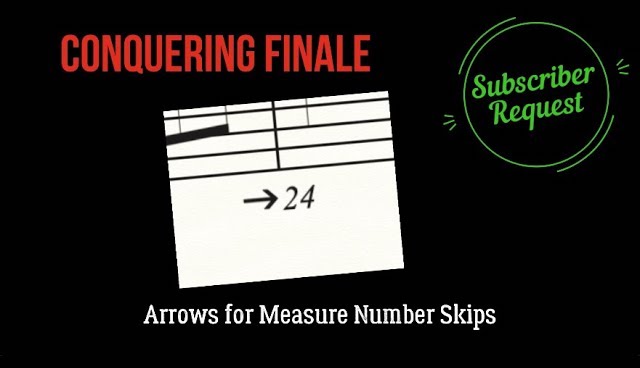 The importance of the Staff Tool in Finale cannot be underestimated. This very large series of videos will be well...