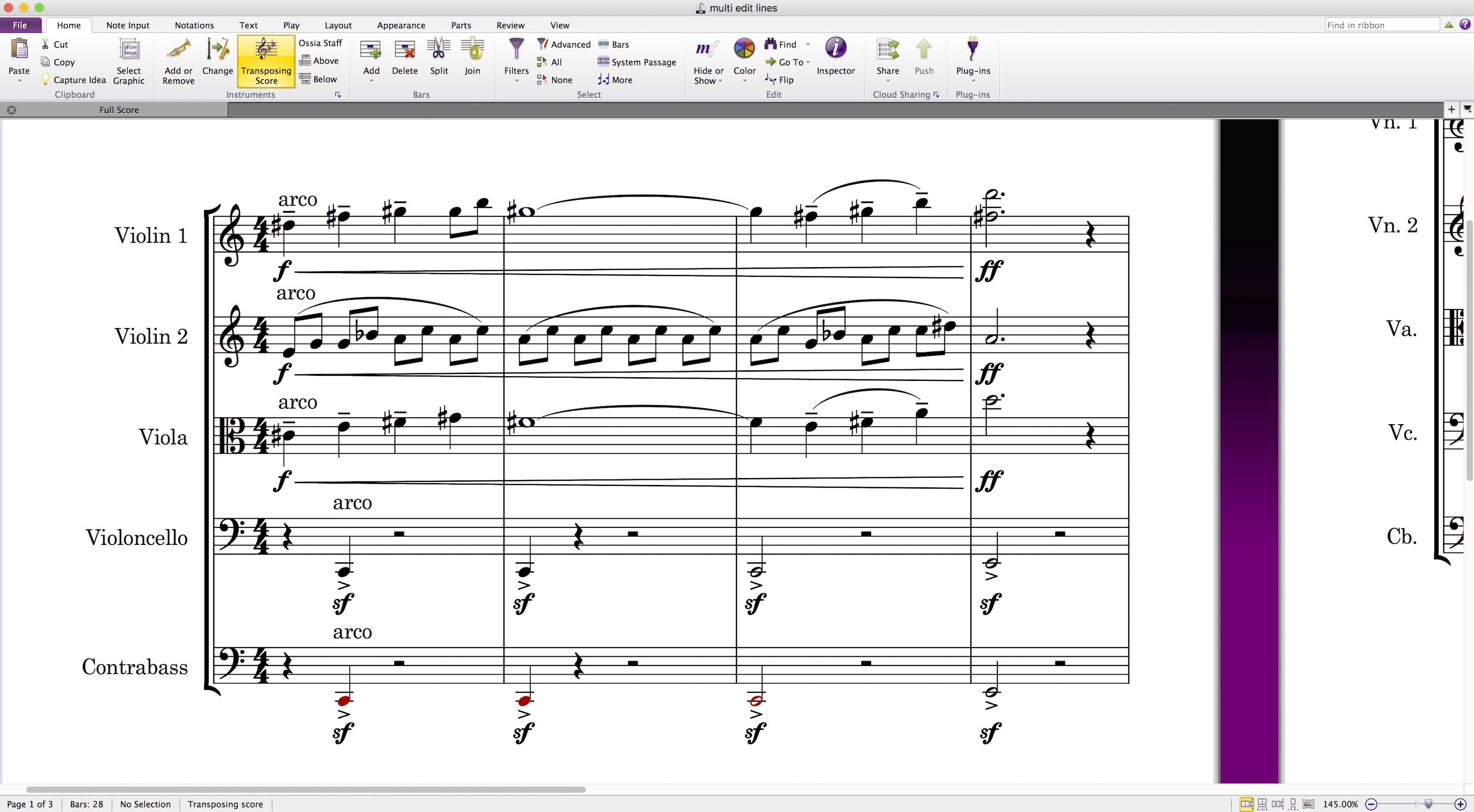 It’s been more than three years since Avid released Sibelius 8. The updates initially started off slowly, but in the last couple of years we’ve been treated to a steady stream of improvements.

Because the new features dribbled out one or two at a time and weren’t all packed into one major release, it’s easy to lose track of what’s new. It also surprised me how many friends and colleagues were still using Sibelius 7.5 or earlier because they didn’t think there was anything new in Sibelius 8 and beyond.

So I figured I’d review my eight favorite features that have come out since Sibelius 8. This video is current as of the 2018.7 release, and some features are more recent than others. I’ve tried to appeal to both advanced and casual users here — the features apply to almost everyone and can be easily appreciated.

All right, let’s start the countdown.

Number 8 is the only one on my list that isn’t a notation feature. MP3 export was added in 8.1 and you’ll find it in File > Export > Audio. Before 8.1 you only had the option to export uncompressed audio, meaning that you had to go through a separate step in another program to convert the audio file to MP3. This change really had more to do with certain patents relating to the MP3 format expiring than any major technical work in Sibelius, but still, we’re glad that Avid included it as soon as possible.

Number 7 is automatic rest placement, first appearing in Sibelius 8.1. You might think of this as “Magnetic Layout” for rests. Since Sibelius 6 we’ve all become accustomed to objects repelling each other automatically, avoiding unwanted collisions in the score.

The major exception to this was rests in multiple voices, which stayed in a fixed offset position unless you moved them manually. Now, they move, avoiding notes in other voices as well as taking other notes in the same voice into account.

Like Magnetic Layout, it’s not perfect, and you still have the option of manually adjusting rests on a case-by-case basis or changing the rules in Appearance > Engraving Rules > Rests, where disabling the feature entirely returns this feature to a pre-8.1 state. But it’s a useful and time-saving feature and the first real engraving improvement we saw in the post-Sibelius 8 updates.

Number 6 is independent enharmonic spelling in parts, introduced in 8.2. If you don’t deal with parts much, or if you only work with transposing scores, you might yawn here. But if you produce concert pitch scores with dynamic parts, you’ll appreciate the ability to change the spelling of notes in a part without affecting the score. You do this simply by pressing the regular shortcut key Return while working in the part. If View > Invisibles > Differences In Parts is checked, the notes will turn orange.

Number 5 is the ability to move notes and rests horizontally, which we’ll call “sliding” notes. This first appeared in Sibelius 8.2 and was refined in 8.3. I find myself using this a lot. It’s worth remembering the shortcuts here: Command-Alt-Left/Right Arrow (Mac) or Ctrl+Alt+Left/Right Arrow (PC).

You can “slide” a note during note entry, or after-the-fact by making a selection. It even works on a passage selection involving multiple staves. Items such as lyrics or dynamics won’t move by themselves, but they will be included in a move if those items are contained within a passage selection.

Next time you’ve found you’re a beat off in your note entry, don’t despair — the sliding feature could come to the rescue.

Number 4 is staff size changes on a per-system basis, and, with it, the inclusion of four choices of staff size. These were features that came in Sibelius 8.4 and 8.5. Before then, you were severely limited in adjusting staff sizes within the same score — you had the main staff size and the small staff size, and an instrument was either one or the other, and that was that. Now, the same instrument can change sizes within the same piece. This can be useful in a variety of contexts.

In this example, I used the Normal size when the instrumentation was sparser, the Medium size when more instruments appeared, and finally the Small size when the orchestration was quite robust. We see this in older engraved scores with different rastral sizes. But until this feature was added in Sibelius, this would have been possible only by maintaining several copies of the file and stitching them together later in a PDF. System-by-system changes are controlled in the Inspector, while defining the initial staff size of an instrument is done in the Edit Instruments window.

Number 3 is magnetic glissandi lines, appearing in 8.6. This is just what it sounds like — glissandi that magnetically attach to the start and end note. You apply these by selecting the starting note or notes, and then choosing your desired line style from the Notations > Lines gallery. The lines will move up or down with the notes, and their length will automatically adjust in the presence of accidentals. The Inspector gives you more options, from which you can change the line style or control whether or not text appears.

Number 2 is smarter note “erosion,” which was included in the 2018.1 update. Longtime Sibelius users will know that extending the rhythm of a note completely erased any subsequent notes, replacing them with rests, making a rather simple-seeming adjustment a tedious affair.

Now, though, lengthening a note will “erode” only the duration of the subsequent note that is necessary to accommodate the new note’s duration. This works well in a variety of instances, but the most useful one is probably the now-instantaneous ability to convert a series of eighth notes to a dotted eighth/sixteenth passage.

If you prefer the old behavior, you can control this in Preferences > Note Input > Editing > Replace subsequent notes with rests when extending duration. But I very much prefer the new way.

#1: Multi-edits to lines, slurs, and text

We’ll spare the drumroll and get straight to number 1, my favorite improvement: Multi-edits to lines, slurs, and text. I can’t imagine going back to Sibelius without these features, which were introduced in 2018.1 and 2018.4. Look how easy it is now to simply select a passage and apply multiple slurs and hairpins — previously impossible before.

It works on non-homophonic passages and across multiple voices. Sibelius identifies the first and last note independently and applies the slur or line for the correct duration in each case.

You can also select multiple notes, press S for slur or H for hairpin, and advance everything at once by pressing Space. This means that you can apply these items across multiple passages on the same staff or on other staves. It works for most other types of lines as well.

Applying text works much the same way. Select a passage to create text for the first note in each staff, or make a selection of notes to create text on each note.

If you need to make the same edit to text in several places at once, select the text — here the Filter comes in handy — and press Return. A flashing cursor appears like usual, only now, the edits you make will apply to all the text objects at once.

These multi-edits will surely speed up the repetitive tasks that you may have previously resigned yourself to suffering through in earlier versions of Sibelius.

Of course, there are more than eight new features. Here are eight more that I didn’t have time to cover in this video.

Sibelius 8.2 has not officially been made available, but details about its new features have already appeared on Avid's web...

Sibelius 8.0.1 is now available. This first update to Sibelius 8 includes a number of bug fixes and modest improvements,...