Recently our office was tasked with engraving Philip Glass’s Music in Twelve Parts for a performance by an outside ensemble. Philip’s manuscript is in a kind of repeat shorthand that we wanted to replicate as much as possible, but that necessitated coming up with a line style for repeats that ends with text, which Sibelius doesn’t easily do.

Fortunately, since as of Sibelius 7 it’s possible to import SVG files as symbols, I was able to figure out a workaround to create several line styles using text that matches our house style for this project. And since it’s based on SVGs, it’s scalable without making the glyphs fuzzy  — and that means I don’t have to do complicated math to size it correctly.

A section of manuscript from Philip Glass’s Music in Twelve Parts:

To create a workaround for this required three separate tasks:

Creating the SVGs in Illustrator

I knew I needed nine separate symbols, so I set up one document with nine artboards all sized 20 × 10 points.

In the first art board, create a text box the size of the board, and put in the multiplication sign and numeral: 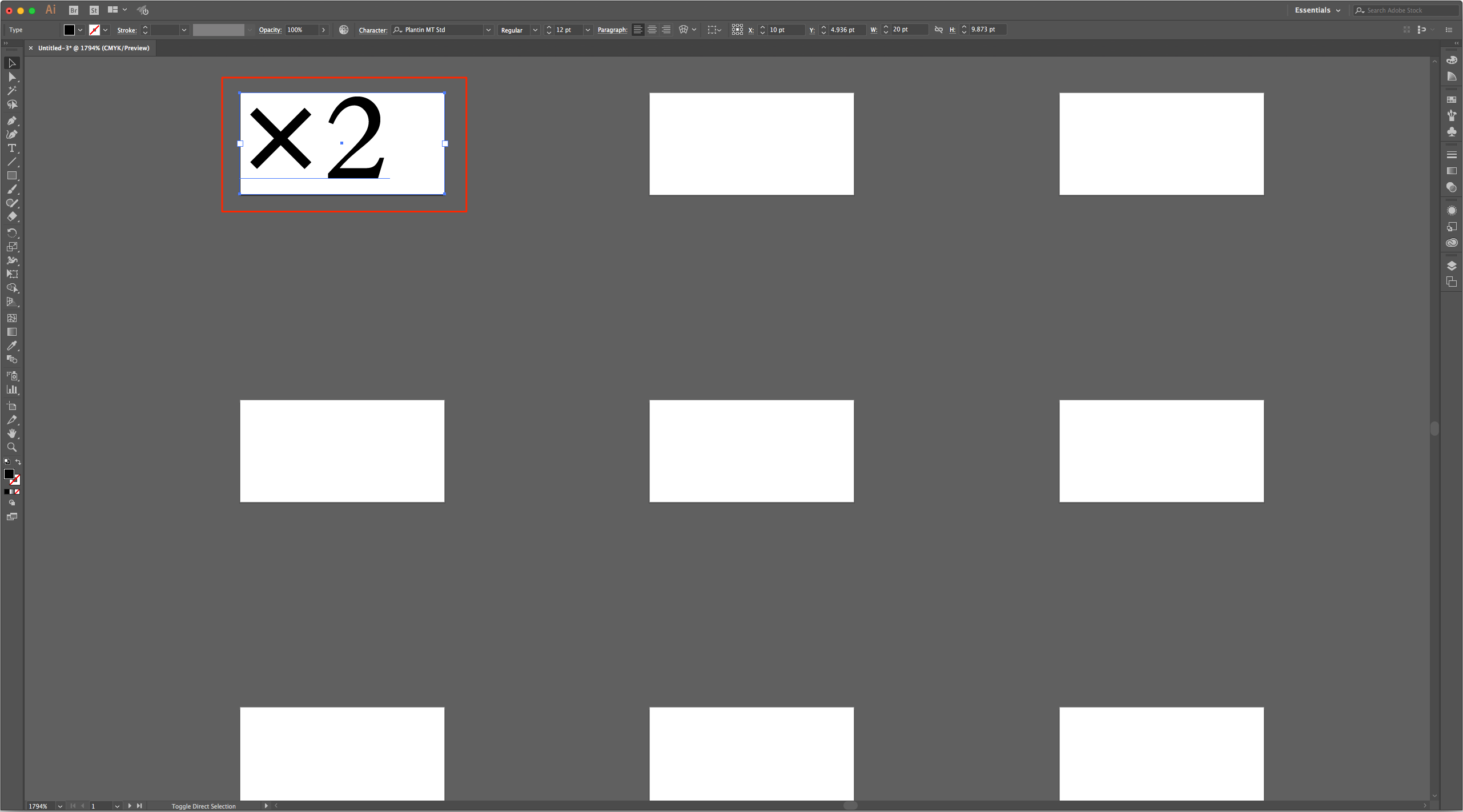 I have a keyboard setup that allows me to access the “×” glyph, which is super handy, but you can access it from the “show emoji & symbols” table on a Mac. 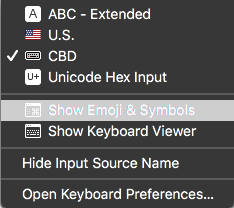 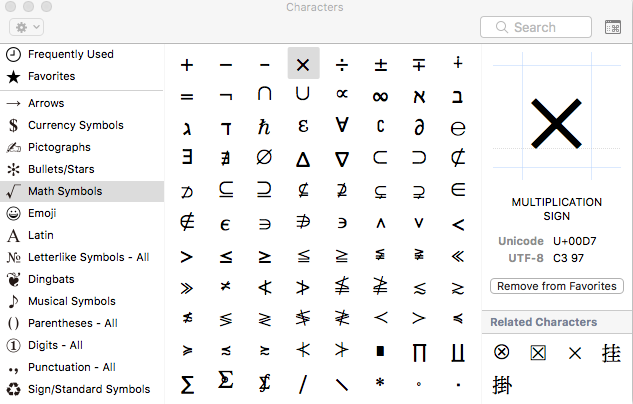 Also, note that I’ve set the font to Plantin MT Standard, 12 pts, to match the house style in Sibelius.

Copy that text frame, and then use the handy command Paste on All Artboards: 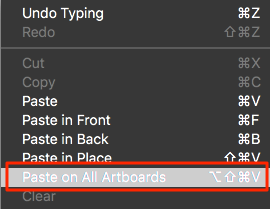 Which magically does this: 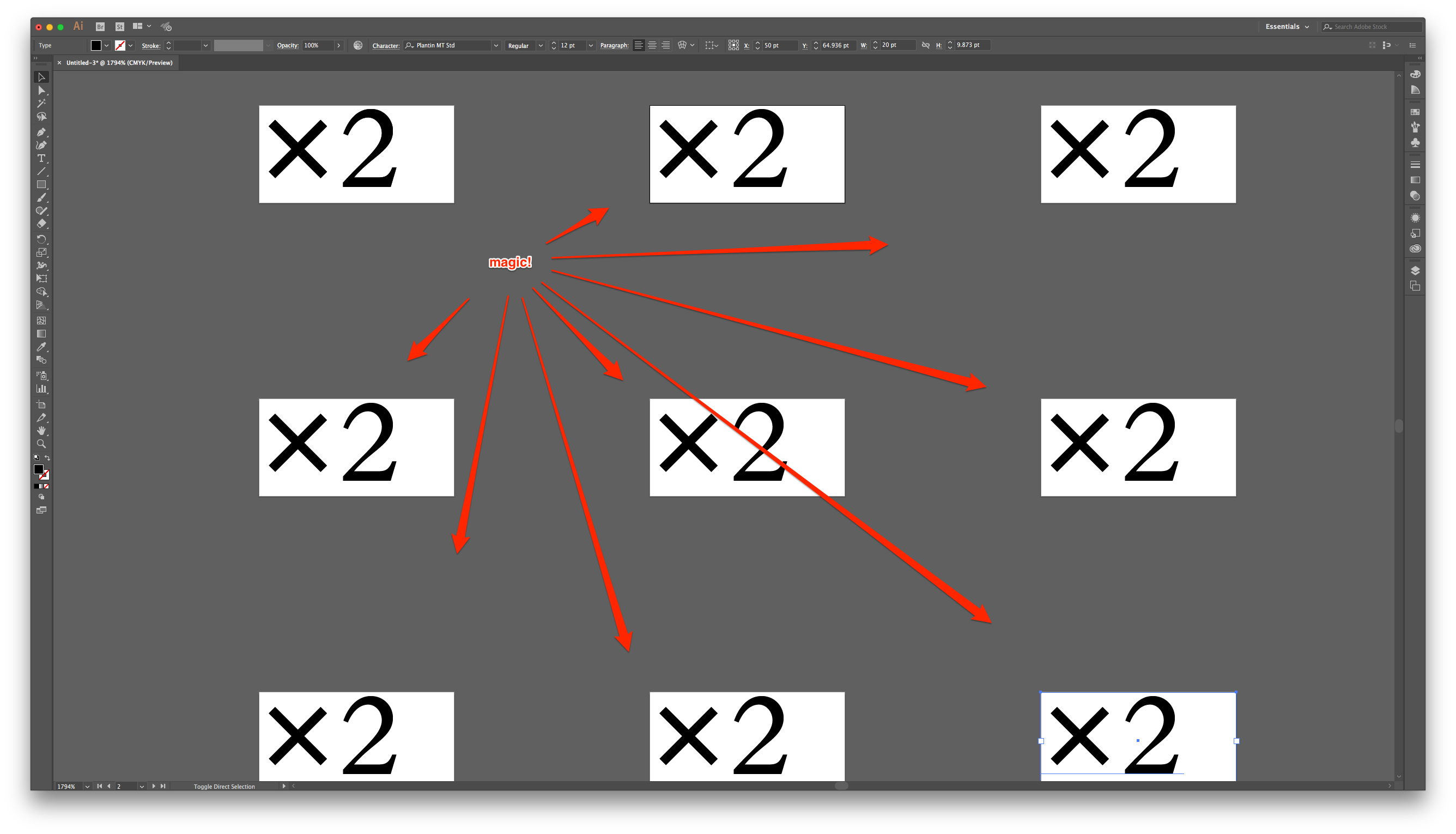 Change them to match your needed line ends: 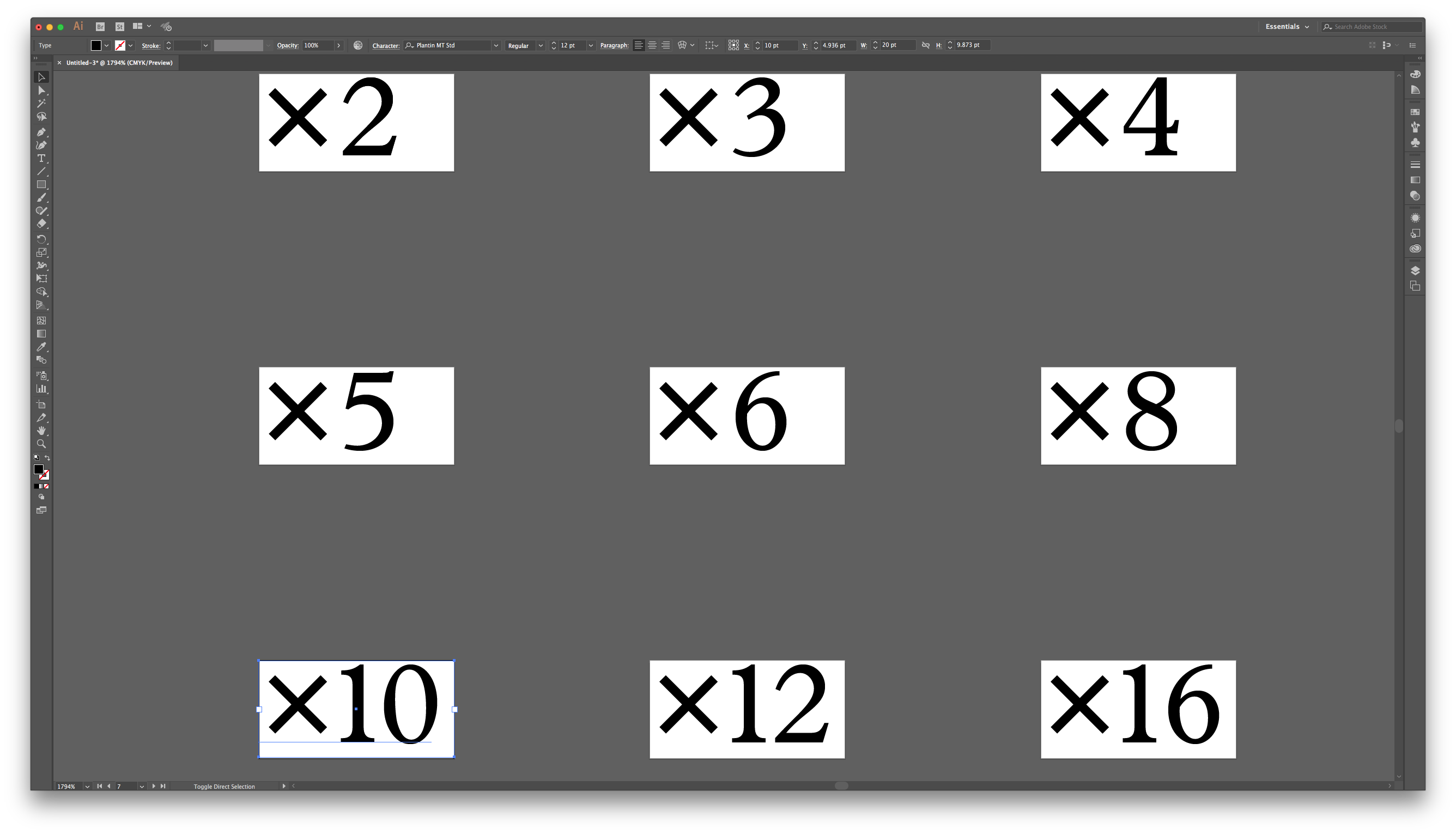 Note that I reduced the tracking on the double-digit numbers to keep things compact. That’s here on the Character menu:

Select all, and choose Create Outlines from the Type menu: 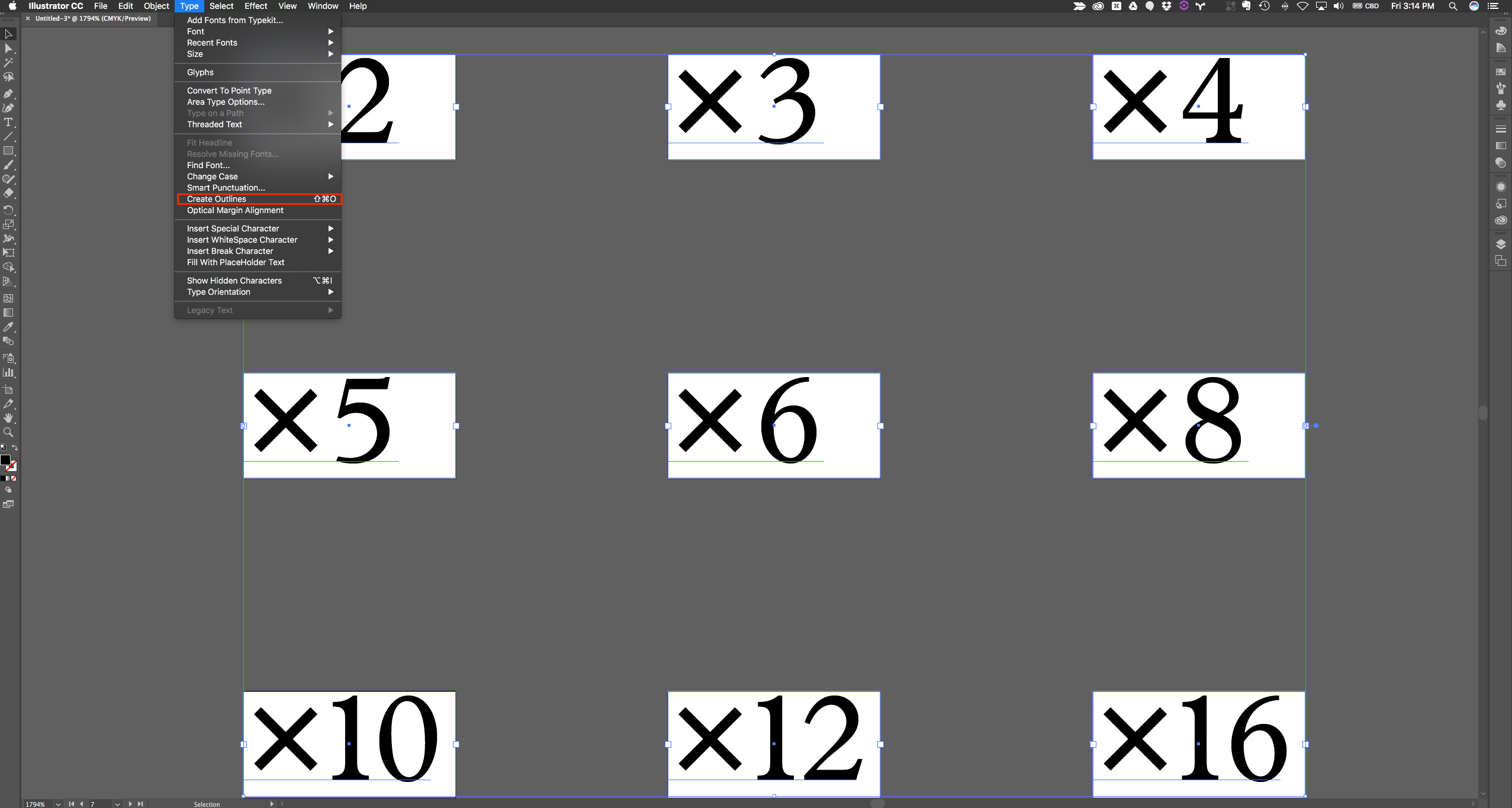 That turns the type into vectors.

Last thing to do is select the objects on each art board and go to Object > Artboards > Fit to Selected Art to fit the art board to the objects (which isn’t strictly necessary, but it’s tidy). 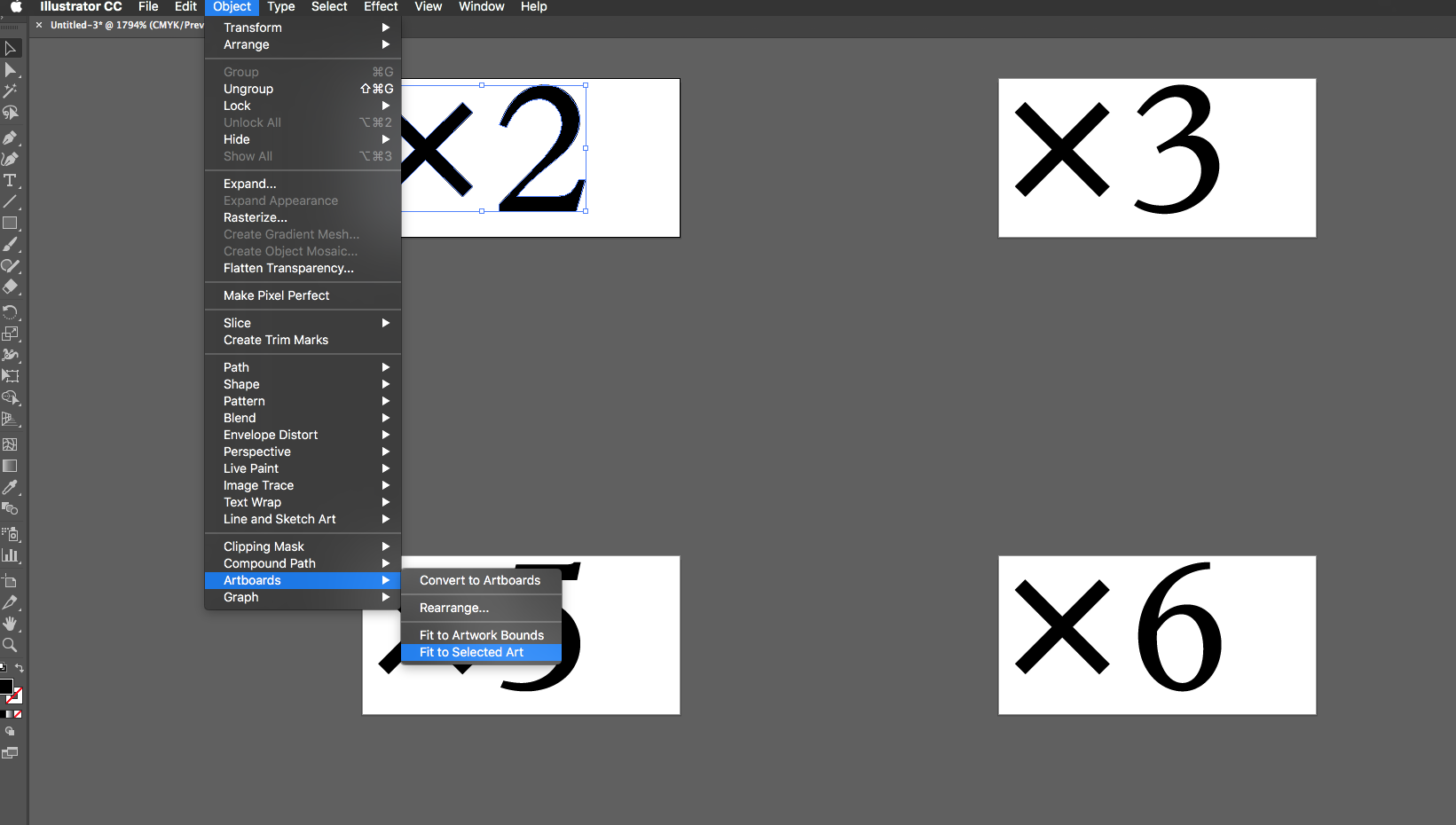 You’ll end up with this: 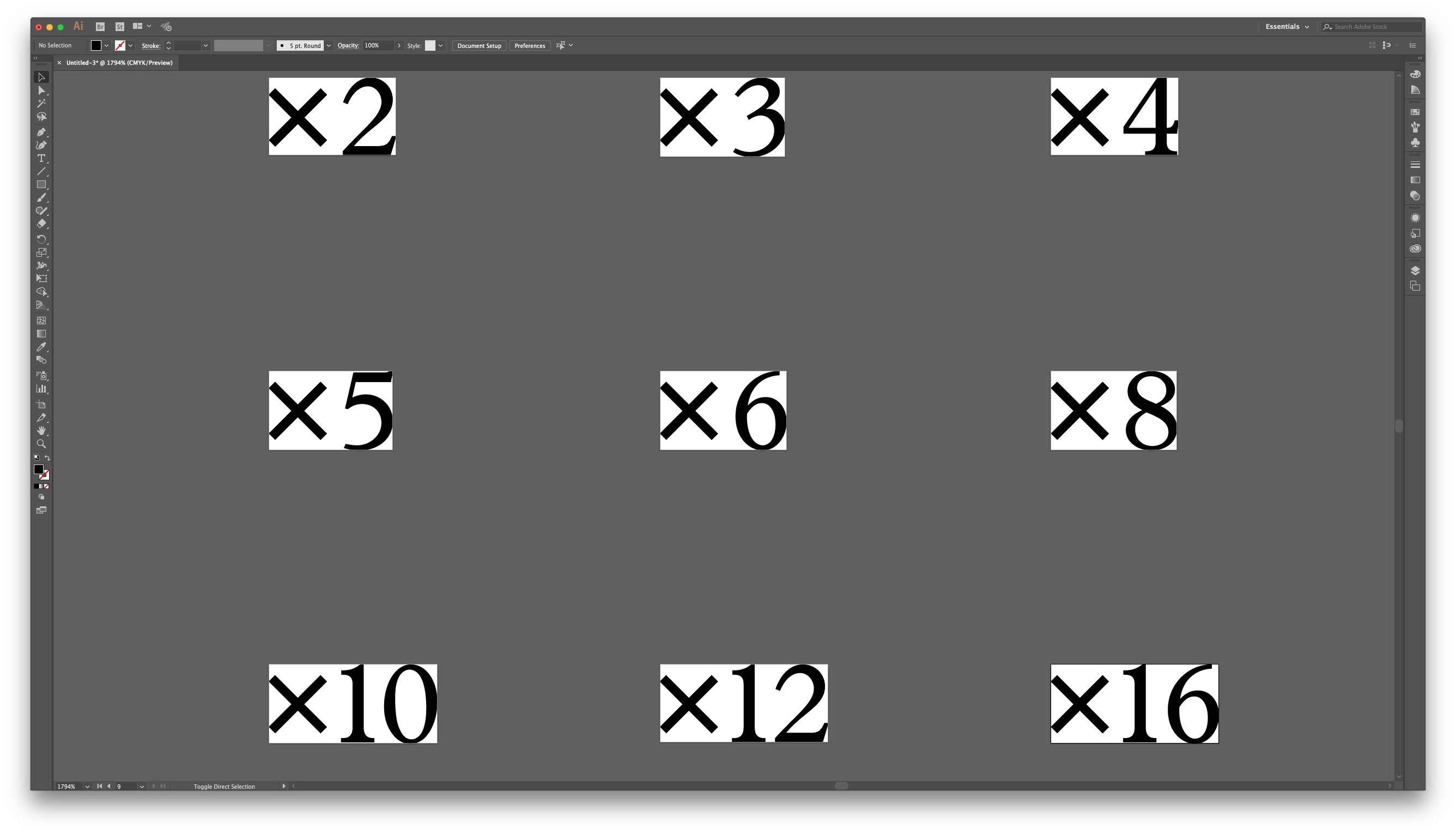 Last thing in illustrator is to export the SVGs. Go to File > Export > Export As… then select SVG and check Use Artboards so that you get nine individual files. 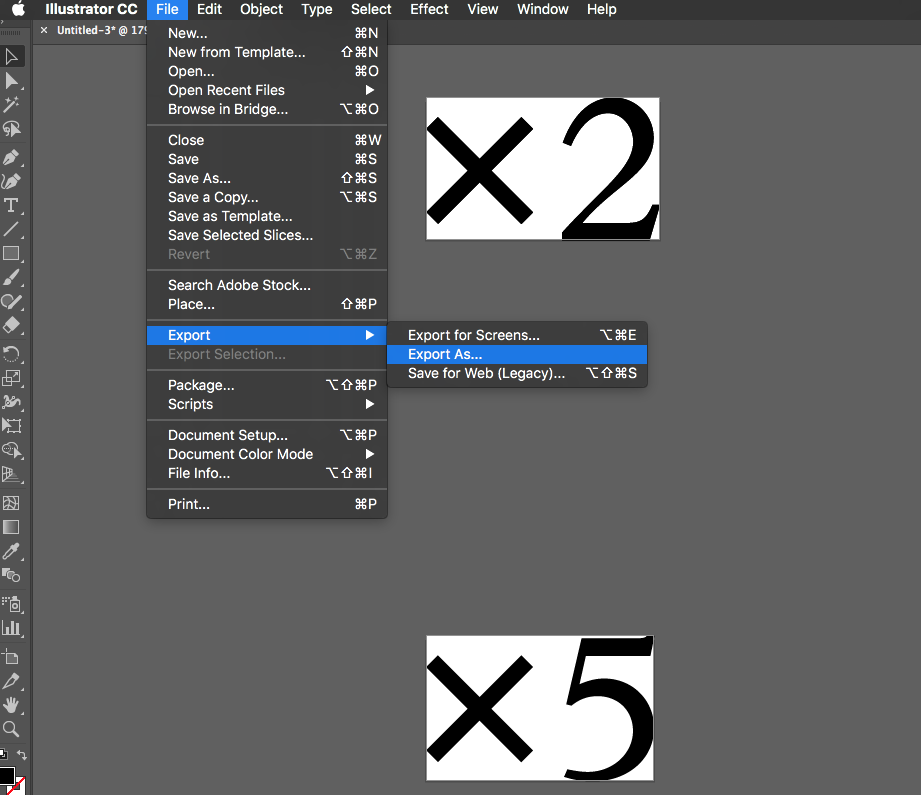 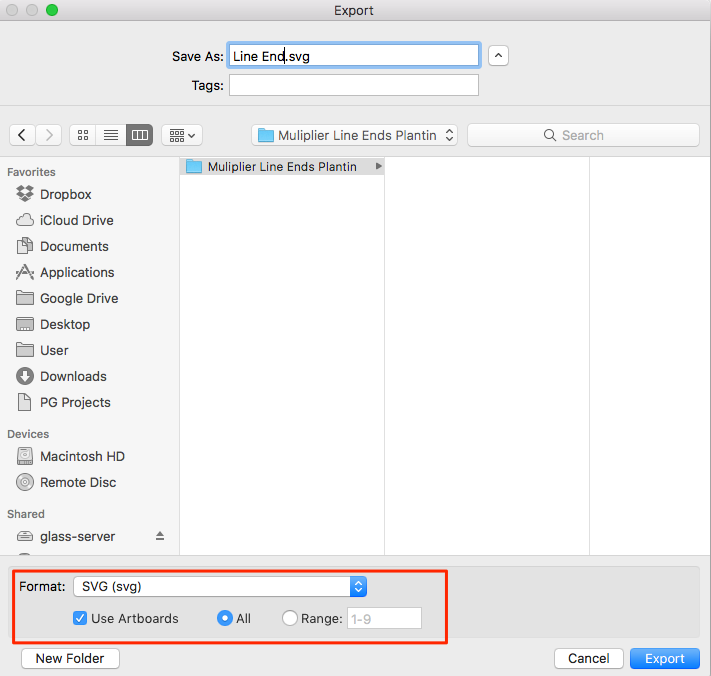 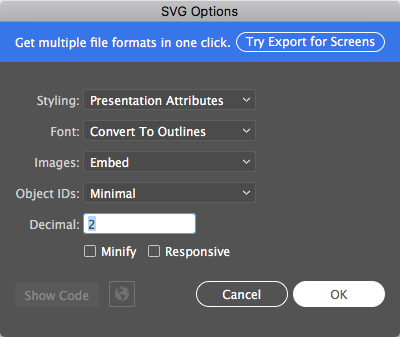 That should leave you with a folder of graphics to import as symbols.

Creating the symbols in Sibelius

This is pretty much the same as it’s always been.

Create a new symbol by going to Notations > Symbols clicking on the Edit Symbols dialog launcher arrow in the Ribbon: 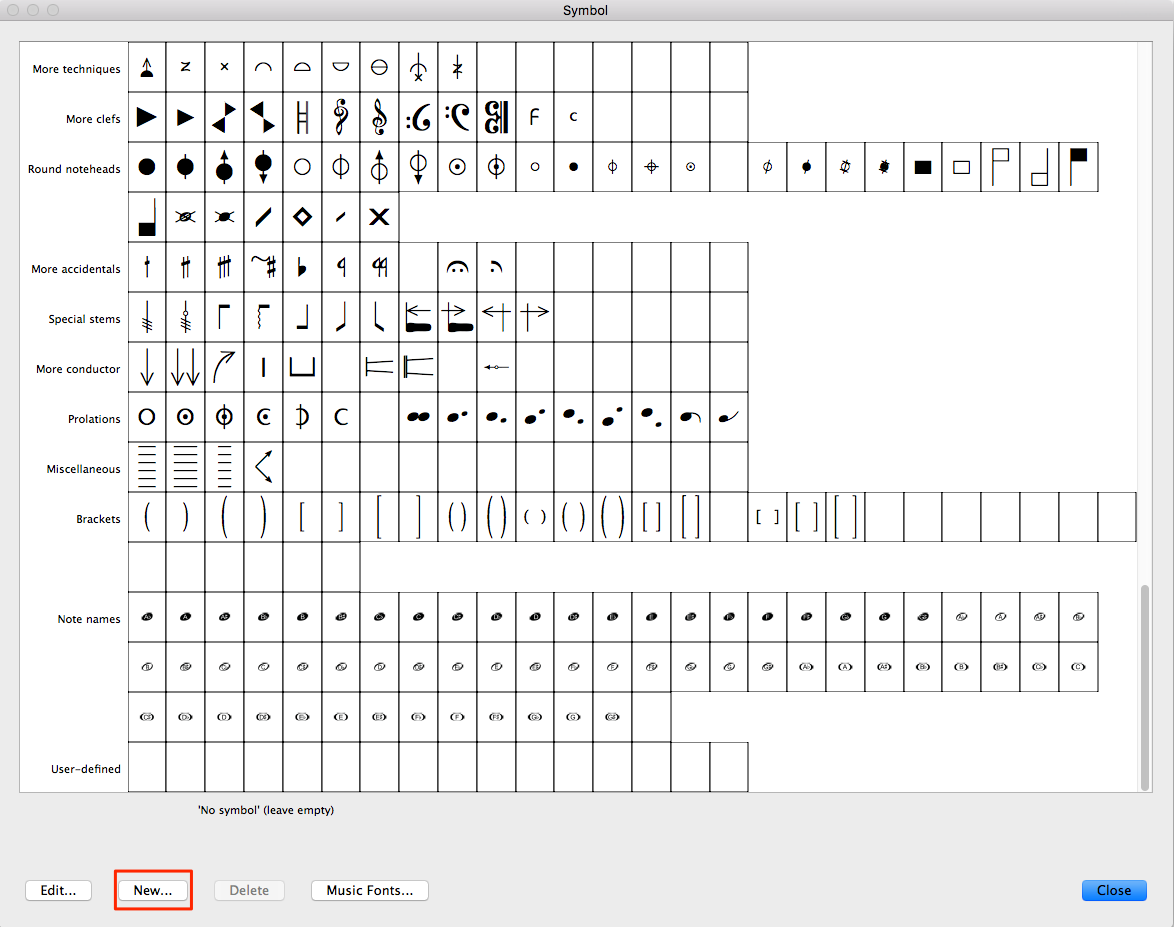 Name your symbol, and import the graphic. Also, set the % Scale to 750. 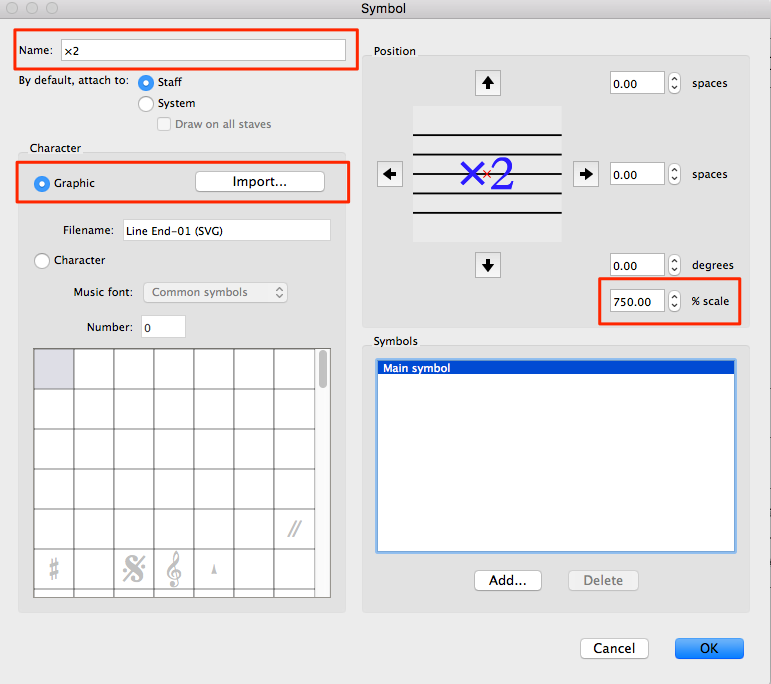 Continue until you have symbols for all the graphics.

Creating the line styles in Sibelius

I created this as a staff line that goes on the top instrument, then is copied to the remaining instruments and hidden. I could not get a system line style to have a reliable right end position. I created a new line style based off of a staff bracket, with the following changes: 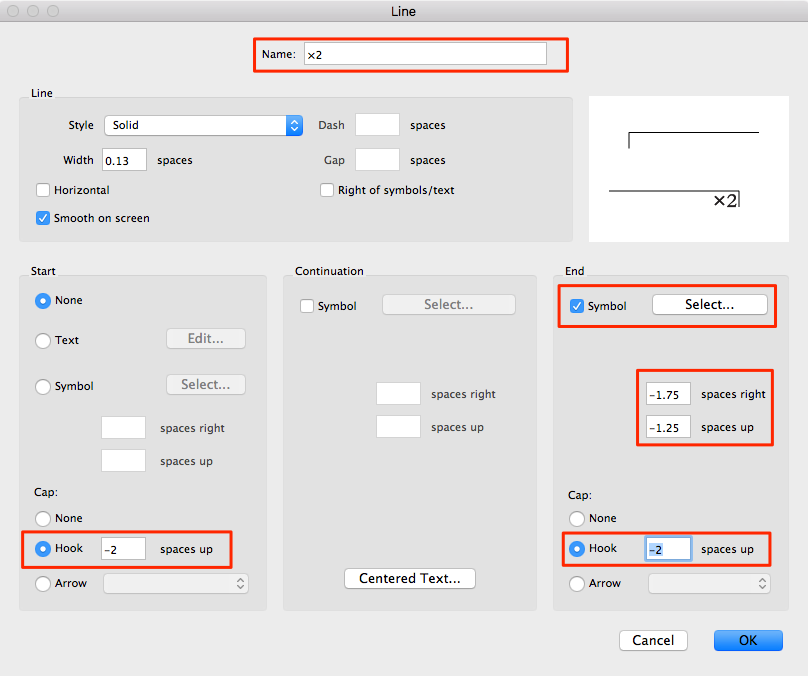 Then, instead of creating the rest of the line styles, I set the design and position for this line style at Appearance > Design and Position > Default Positions so it would copy to the rest as well at one time: 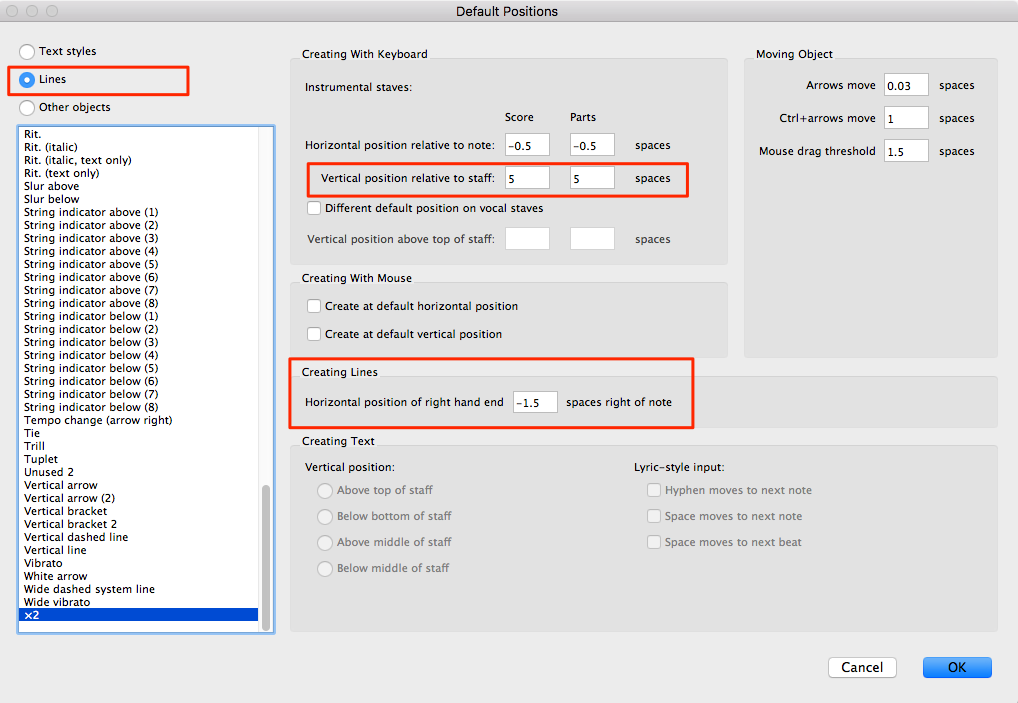 Then I could create the rest of the single-digit line styles. I had to change the double-digit lines’ position in the line style, as well, when I got to them: 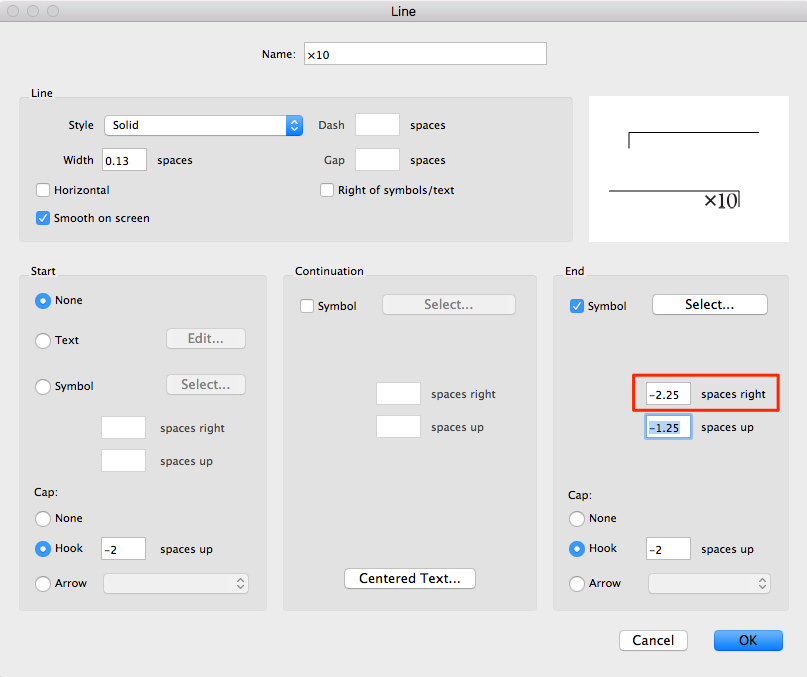 That’s it! I now have line styles to indicate these repeated groups, and the ends stay put in the parts.

The manuscript section at the top, engraved (and showing the hidden lines that will show in the parts): 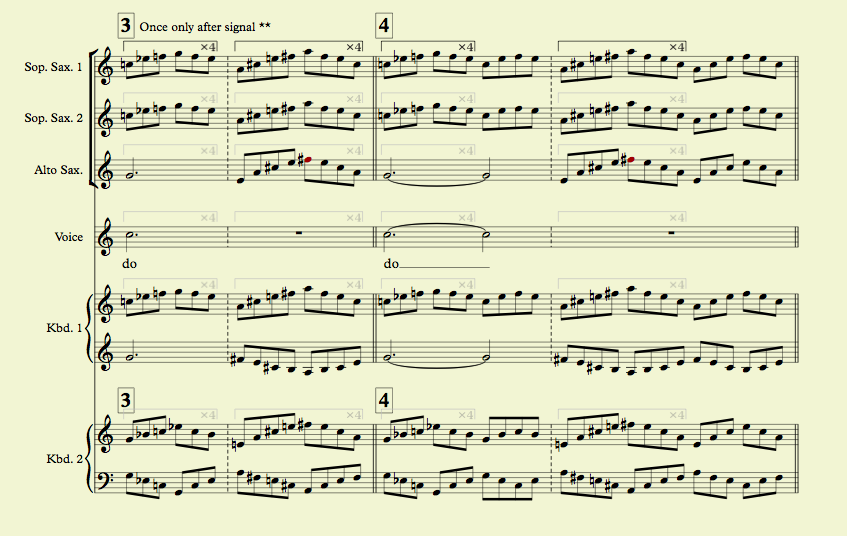 Cory Davis is an editor and production manager for new works at Dunvagen Music and St. Rose Music in New York City.

Wolfgang, a font created by Musegraph and derived from the classic SCORE music engraving program, is now available for use...