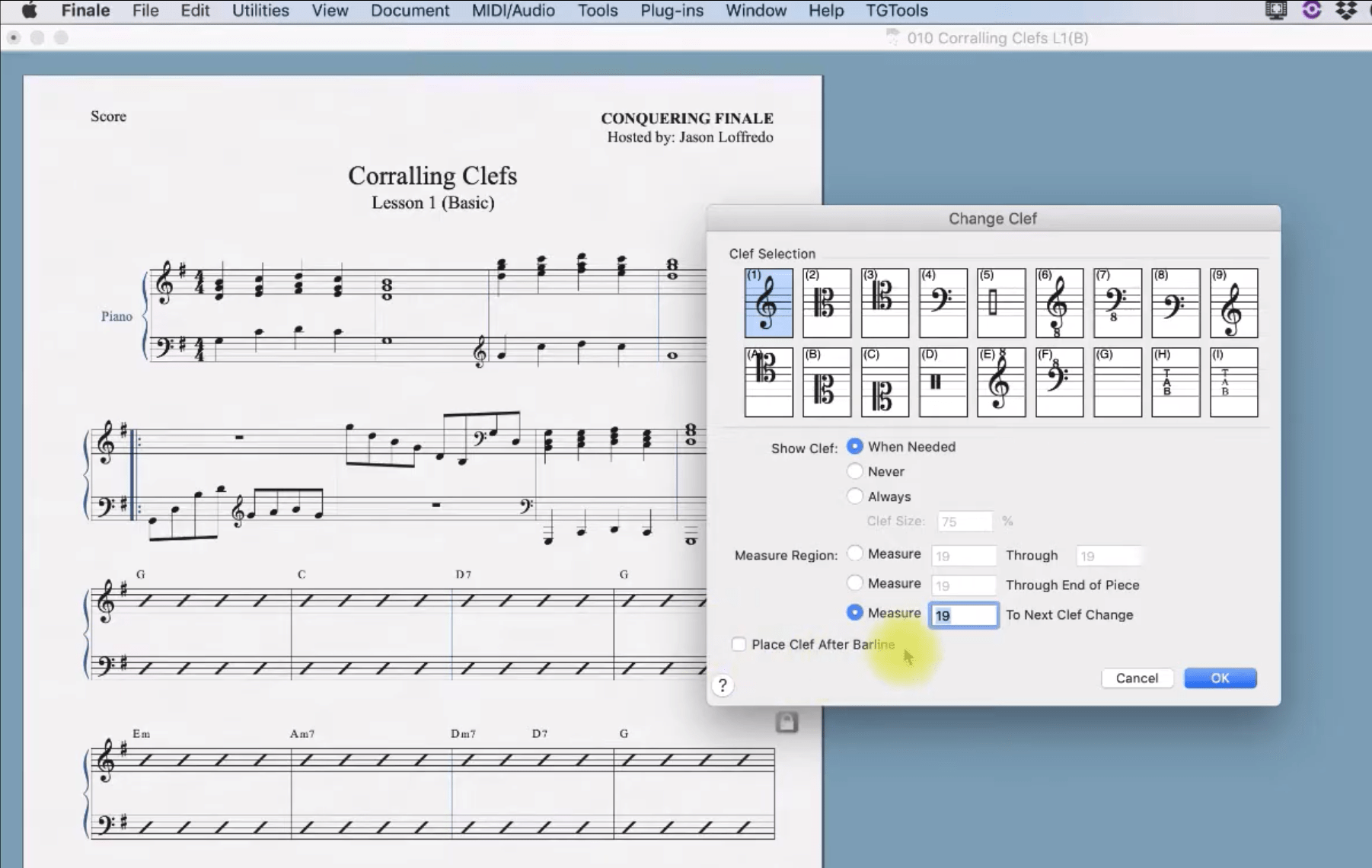 A basic look at how to use the Clef Tool in Finale. Mid-measure clef changes and clef after barline are also covered.

Customize the look of your clef’s position, font and spacing. Also covered is The Clef Designer, which will allow you to make your own custom clefs.

Finale comes with eighteen standard default clefs. If you need something beyond the standard assortment, you can modify any of...