Adding and indicating clicks in the score

The actual click track is to be notated, of course, in the “Click track” stave, using the prepared notehead types according to their function.

The “Cues” stave needs to contain only as much as you want to be shown in the parts. For example it might not be useful to show the basic clicks all the time once the beat has been properly established. 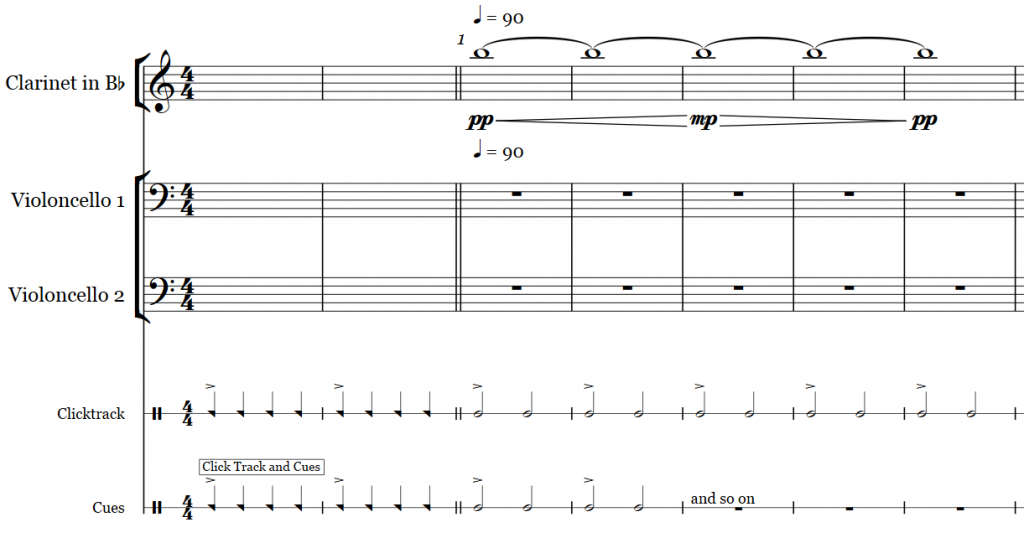 Instead, you might put in a short annotation like “and so on” and leave out the clicks from the “Cues” stave until there is an important change in the click track, like, in this next example, a count-in for a new tempo. 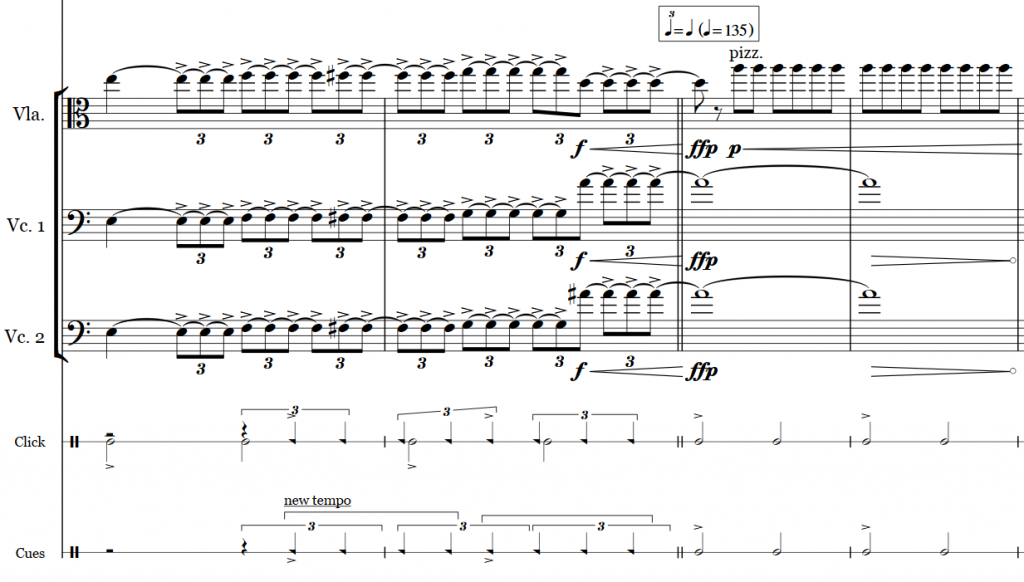 Keep in mind that only what is notated in the “Click track” stave will be heard over the headphones later and only what is notated in the “Cues” stave will end up in the parts. To ensure that the indicated clicks match the track exactly, it is best to always copy and paste directly from “Click track” to “Cues” and only then edit the notes as they are needed.

Indicating audio cues in the score

The cues are placed at appropriate positions on the “Cues” stave (and not in the instruments’ staves themselves).

For the benefit of the musicians there should be a consistent approach to all cues. I went with “NOW” on the beat just before an instrument’s entry and a preparatory stating of the instrument at the beginning of the bar preceding the one that contains the “NOW”.

Don’t worry about bad alignment of the text objects like in the example above. At this point, just make sure that the cues are created at their default positions.

Once the cues are in place it is time to improve appearances.

At this point there is probably no need anymore for showing the actual “Click track” stave, so you can select it completely, set it to “Hide” and then apply “Hide empty staves”. If you want to make later changes, just bring it up again.

With the “Cues” stave selected, we return to “Home Tab” > “Edit Instrument” > “Edit Staff Type”, but this time we go to “General” to make the following changes: “Number of staff lines” zero, uncheck “Bracket”, “Initial clef”, “Initial barline” and “Barlines”; then we go on to “Notes and Rests” where we uncheck “Bar rests”. This leaves the “Cues” notations looking far less obtrusive.

To further enhance the layout, you can select the “Cues” stave completely by triple-clicking, then drag it up as far as possible (it should go right into the next stave above, which will look very ugly), then apply “Optimize Staff Spacing”.

My example from the beginning would then look like this:

Note that I added a little boxed text reading “Click Track and Cues” to make up for the missing instrument name (actually the name can be displayed, but I think it looks clearer this way).

If you haven’t before, now’s the time to add the “Cues” stave to all parts that will need audio cues, via “Parts Tab” > “Staves in part”. The parts will look a bit messy, but don’t panic.

In a given part, first check carefully if all cues are displayed correctly, as sometimes multirests will not split correctly in some special cases. Just insert the appropriate splits manually then.

When you are done with basic casting off, select the whole “Cues” stave and make sure that it is set to “Hide empty staves”. Triple-click it again and drag it up into the next upper stave (which will again look very ugly), then apply “Optimize Staff Spacing”. This will place all objects from the “Cues” stave as near as possible below the actual instrumental stave.

While this procedure was somewhat optional in the score, I really recommend it in all parts, as otherwise the spacing between the staves will seem quite irregular. These tasks can be incorporated into the normal preparation process without problems; of course, they should be performed as late as possible.

For optimal results, any stave that is below another stave which has notations from the “Cues” stave visible should be dragged up as well, which is only possible up to a certain point. 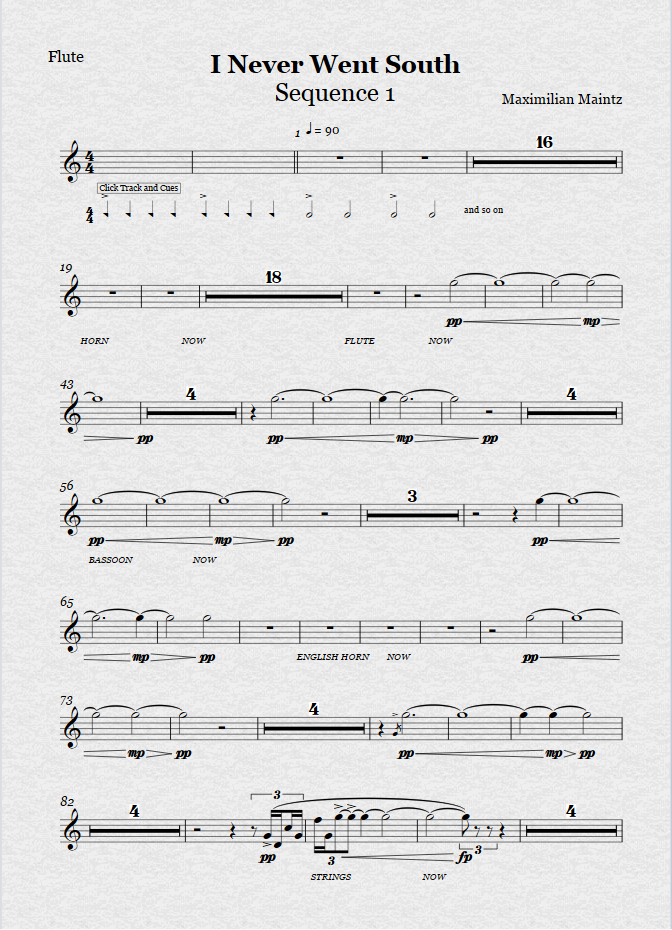 Plug-in guru Bob Zawalich has produced another great plug-in to help with the preparation of materials for rehearsal. I’ve posted...