I was excited to see Steinberg’s handwritten music font Petaluma made into a derivation for Sibelius called Pori, and also the recent updates to refine them further. However, Finale had been left out! Being a big fan of the Chuck Sher Real Books, I was most excited about using the chord font. Given the capabilities of Finale’s chord editor, I set out to make a custom library that could be used in any Finale file. It didn’t end up being a terribly time consuming process, so I thought it might be helpful to share the process, as well as the chord library!

Let’s cut straight to the good stuff. I am providing a custom chord library that will load up nearly every chord symbol you might want to use. This include the main variants of major and minor chords. I personally use MA and m, but I have also provided maj and mi in case you prefer a different look. Either way, after reading this post, you’ll see it’s not terribly difficult to add new chords to Finale.

First, you’ll need to download the Pori fonts (donations appreciated) from NYC Music Services’ web site if you haven’t already done so. Install the fonts onto your computer in the usual way, and restart Finale if it was open.

Next, download the chord suffix library that I created called Pori chord suffixes for Finale.lib.

Finale doesn’t make it quite as easy to swap out fonts for chord symbols as Sibelius. There are two different approaches I’ll outline to use these chords.

Approach 1: Set up a clean file

This is the simplest approach. You will only want to use this method if you are starting a new piece of music. 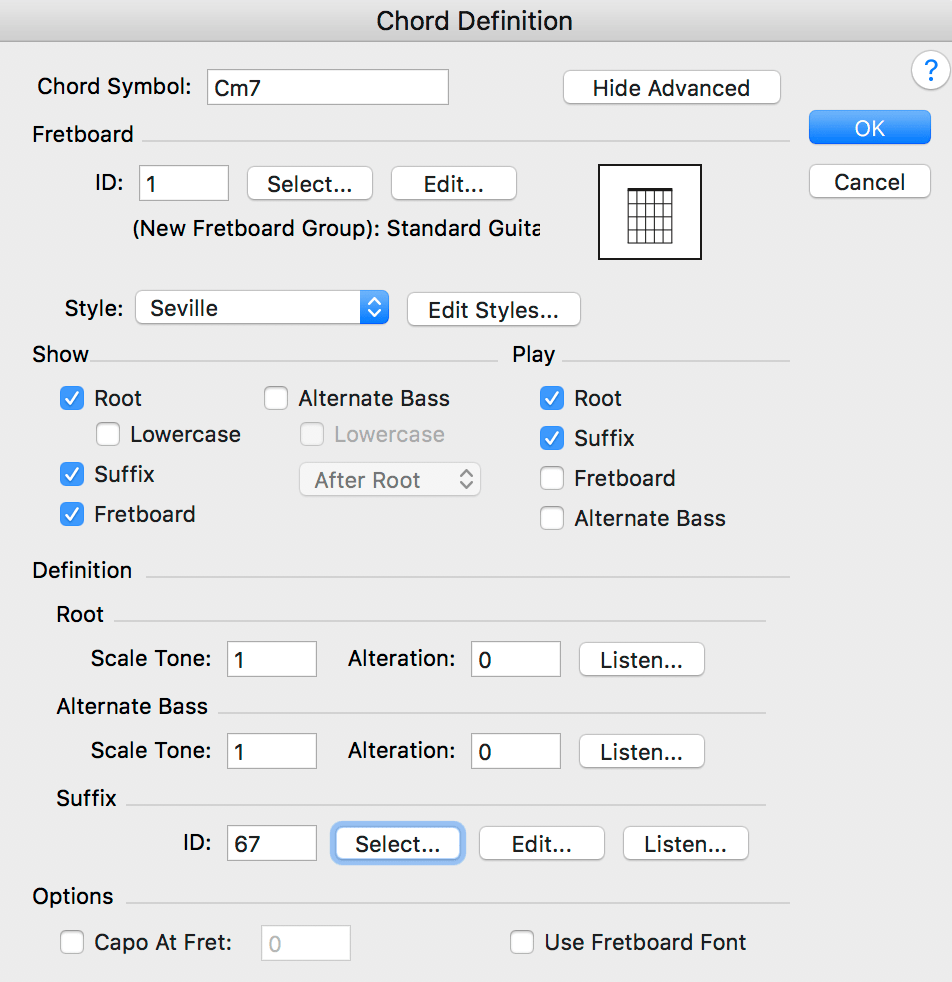 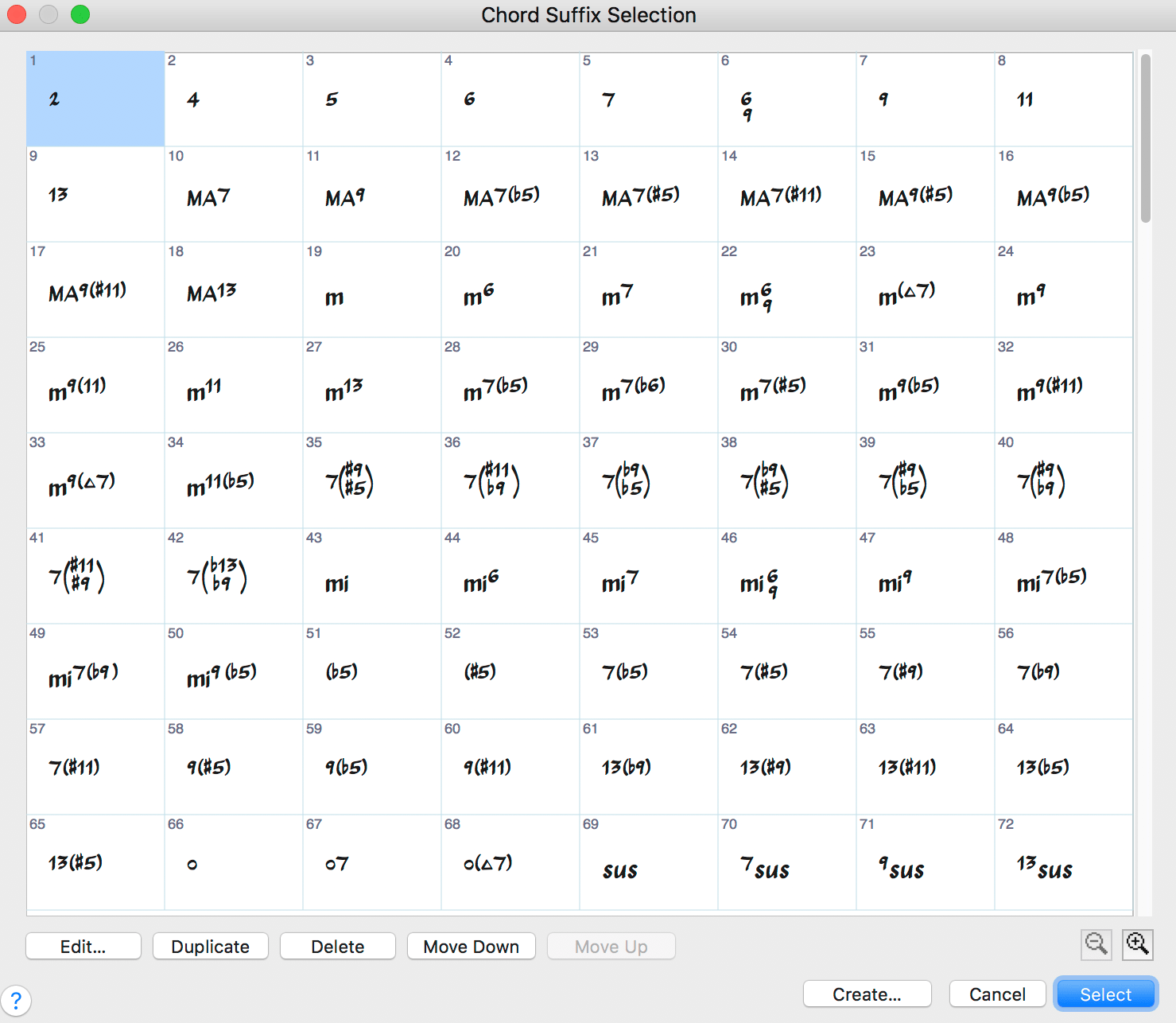 Approach 2: From an existing file

This will take a little longer, but it’s the safest way to swap out your old chord suffixes and start using Pori.

You’ll be able to simply type in most of these chords from your keyboard. It should be pretty rare that you need to select a chord from the Chord Suffix Selection menu.

I hope you all find this useful. Feel free to ask any questions in the comments section. I know Finale’s chord tool can be a bit intimidating!