It’s a perfectly fine font, and I have used it in many scores. But there are two main reasons, among others, to choose another font in its place. The first reason is purely aesthetic: replacing Times New Roman with something less pedestrian can make your score look more distinctive. The second reason is more practical: Times New Roman can be difficult to read, especially at smaller point sizes, and doesn’t stand up as well to some of the bolder elements of music, like dynamic text.

If you’re starting from scratch, or have flexibility in your layout, the number of commercial and free text fonts available these days is nearly as many as the number of grains of sand on the beach. But if you are working on a score that has been carefully set with Times New Roman and is already in its final stages, your options are more limited if you want to avoid “items shifting during flight”.

One option available — at no cost — is the Tinos font, designed by Steve Matteson as a metrically equivalent font to Times New Roman. (The font originated as a font called Liberation Serif.) That means that you can replace Times New Roman with Tinos, and the position of all of your text will stay the same.

This is notable, because unlike some other font equivalents, Tinos does not look like Times New Roman much at all:

However, if you switch back and forth between both fonts, notice how the position of the text remains exactly in place, yet Tinos is generally more legibile compared to Times New Roman:

In Sibelius 7 and later, you can use Sibelius’s hierarchical text styles feature to quickly switch the text font, or you can go to Text > Format > Edit All Fonts and change the Main Text Font to Tinos. 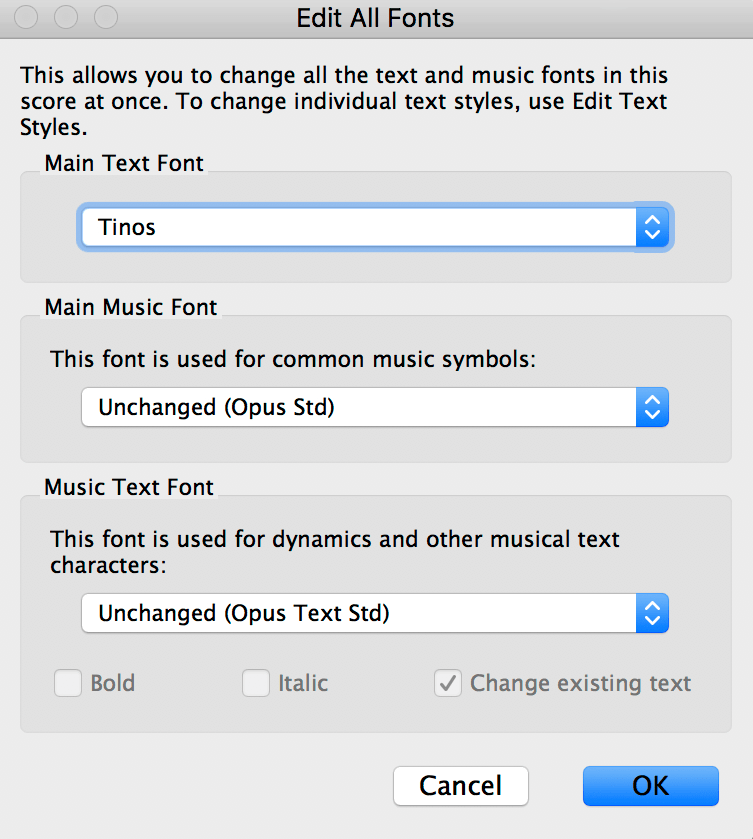 In Finale, you can make this change in Document > Data Check > Font Utilities… 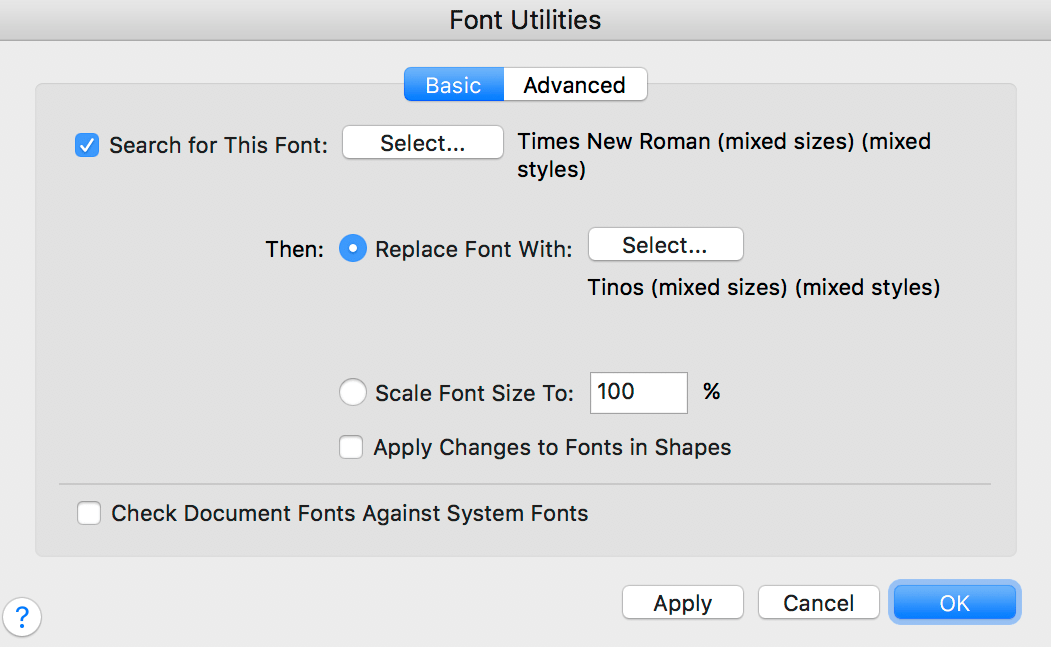 Tinos is available for free from Google Fonts under the Apache 2.0 license. You might not care for how Tinos looks — it is definitely more square and less decorative than Times New Roman — and, to be clear, that’s the point. Tinos is not trying to be a close replica of Times New Roman; Tinos’s main feature is that it fits exactly into the same space as TNR.

Still, if you’re in need of a last-minute way to refresh a score that uses the Times New Roman defaults and don’t want to worry about adjusting the placement of existing text, it’s good to have the Tinos font in your toolbox.

Do you know of other metrically equivalent fonts to Times New Roman, or equivalents for other fonts? What are your favorite text fonts? Let us know in the comments.

Available now, a free new font called Norfolk that is derived from Bravura and expressly configured to work within Sibelius.