As of Sibelius 7, the ability to type into the plug-in’s keypad was severely hampered. The plug-in uses a hidden list box to capture typed keystrokes, and changes in the implementation of list boxes in Sibelius 7 and later made it impossible for the plugin to separate numbers that were typed quickly. You could still use the mouse as fast as you want, but to use keystrokes you needed to wait about a full second between numbers, or the list box combined and discarded them.

There are not a lot of options available to a plug-in to capture keystrokes. One obvious one is to use an edit box (sometimes called text field, text entry box, or edit control), but edit boxes do not tell a plug-in when their content changes, so that means you typically have to click on a button to tell Sibelius that some text is ready to process.

Here is the original dialog: 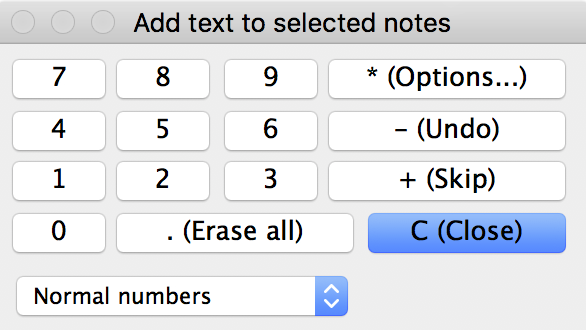 And here is the new dialog: 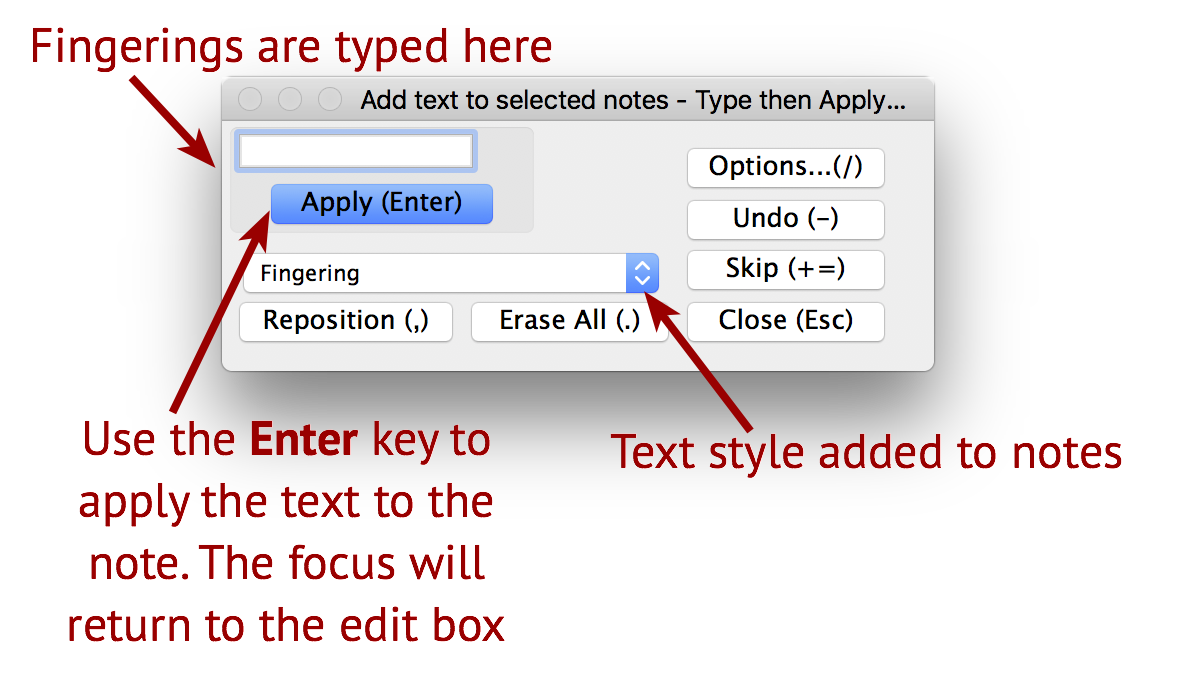 When the plug-in starts, the focus will be in the edit box. You can immediately type a number.

You will need to get a rhythm for typing number, Enter, [number], Enter…You should be able to use either the keypad or keyboard numbers and Enter/Return key.

You can type the special characters /, –, + or =, . (period), and , (comma) to activate the other buttons. Again, either the numeric keypad or the keyboard characters will work.

Reposition is new to this version of the plug-in. When you type and come to where the selection would move off screen, the plugin will move the score enough so that the selection remains visible. Reposition is a more significant movement, equivalent to using Go To Bar, and it gives you a bit more space to work with.

A few things to note:

The Options dialog is simpler than it was in the old plugin, now mostly Help information: 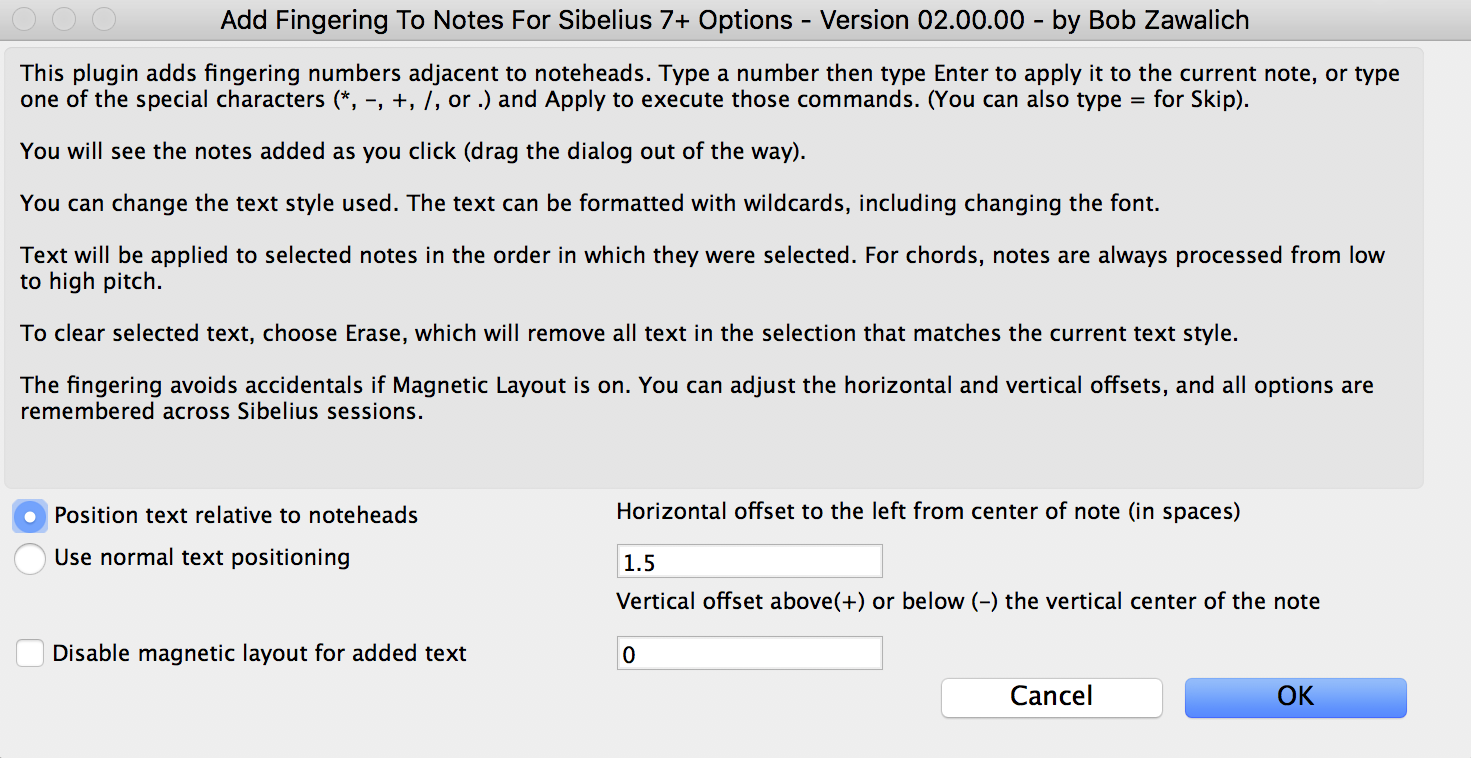 This became the plug-in ReInput Text.

It starts by asking you for a text style for the style to replace, and it effectively filters that text in the selection.

You may even find it convenient to adjust lyrics using this plug-in, as it avoids the problem of typing over existing lyrics without replacing them.

Just in time for the holidays, we've found a few presents under the tree! Three new Sibelius plug-ins from Kenneth...