The most significant new feature in version 26 of Finale was the introduction of several new options in the handling and positioning of articulations. Articulations that automatically stack has long been a wish-list item; with Finale v26 it’s a reality.

While that’s great, what about the (up to) 30 years of existing Finale files that you may have that make use of the precomposed articulations such as the combined accent-tenuto, marcato-staccato, and others like these?

Wouldn’t it be nice to be able to automatically un-combine them to take advantage of the new positioning options in Finale v26, like this?

Such a feature is missing out-of-the-box, so I reached out to Mark Adler, MakeMusic’s senior editor and director of production, to inquire. Within mere hours he sent me a solution in the form of a JW Lua script written by CJ Garcia, MakeMusic’s music engraver and music production engineer.

JW Lua, by Finale plug-in maven Jari Williamsson, is itself a plug-in that can run text scripts in Finale. In order to run CJ’s Split Articulations script, you’ll first need to download it from here (unzip it if needed) and place it somewhere on your hard drive.

Then you’ll need to download JW Lua, and install it in the folder that you would install any other Finale plug-in.

Several steps are involved, but don’t be discouraged — you’ll be rewarded at the end.

First, download JW Lua from Jari’s site. You’ll want the 64-bit version for either Mac or Windows, depending on your platform.

Unzip the package and place the bundle in the appropriate Plug-ins folder, and restart Finale.

In Finale, in the Plug-ins menu, you should now see JW Lua… as an option (the rest of your menu may look a little different than this): 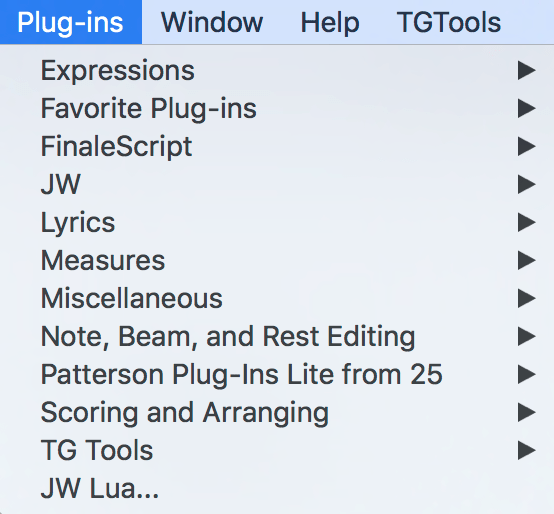 From the Edit Plug-in Group dialog that appears, name your new group and give it a description. Click OK.

Back in the JW Lua Manager, under Items in Group, click New… 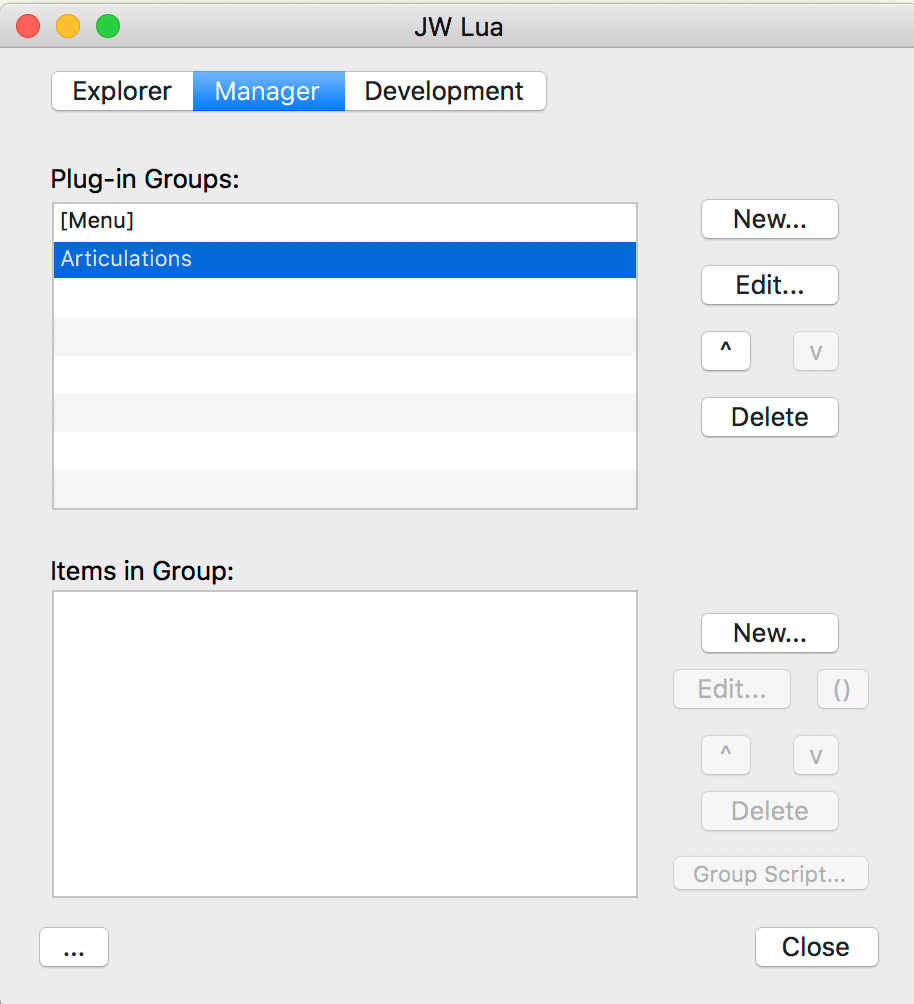 This will open a file explorer on your computer. Select the Split Articulations.lua file that you downloaded earlier, and select it.

Nothing much will look like it happened, but if you switch to the JW Lua Explorer tab and click Refresh All, you’ll see your new script, ready to run: 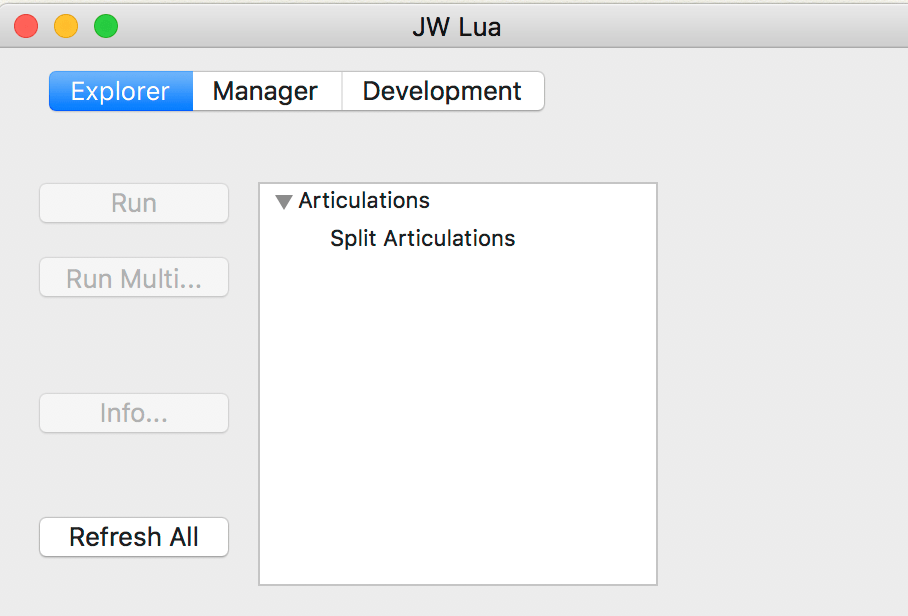 Make your selection (you can select the entire score if you like), run the script, and watch the magic happen!

The script is incredibly fast — I used it on a large orchestral score of more than 1000 bars in length, and it took only a second or two.

If you want the script to appear directly in the Finale Plug-ins menu, add it to the [Menu] group instead (or as well, it’s up to the user). After rebooting Finale, the Split Articulations menu item should appear in Finale’s Plug-ins menu (on the same menu level as JW Lua).

Note that this is only practical for files that you intend to keep in Finale v26; if, after running the script, you open the file in Finale v25, 2014.5, or 2014 (the other versions that can read .musx files), they won’t have the articulation stacking feature and thus the articulations will collide. But for files staying in v26 or later, this script will help you update your older files so that you can take maximum advantage of the new articulation features in Finale.

Updated April 25, 2019 with an improved script, courtesy of Mark Adler and CJ Garcia at MakeMusic.

MakeMusic has released Finale version 26.1, the first significant update since Finale v26 was released in October 2018. Articulations get...

MakeMusic has been previewing some new features of the upcoming Finale version 26 in the area of better default articulation...