If you work with music notation software — or most anything else — there comes a time when, after doing a repetitive task one too many times, you think there has to be a better, more efficient way of accomplishing your goal.

Have you ever encountered a situation in Sibelius where you wanted to, for instance, change a selection of dashed lines to dotted lines?

If so, I’m very happy to share one of my favorite plug-ins with you: Replace Line Style. This estimable tool was created by Bob Zawalich, and I wouldn’t want to be without it.

How to use Replace Line Style

I’ve had the good fortune of serving as the editorial advisor to The Aaron Copland Fund for Music over the past decade, and in that capacity I’ve overseen the creation of new editions of Aaron Copland’s most venerated compositions. Longtime followers of this blog may recall reading about my work on Appalachian Spring, the Third Symphony, and Billy the Kid, along with learning about the tools and techniques I’ve used in the process of making those editions.

More recently, I had the pleasure of collaborating with editors Jennifer DeLapp-Birkett and Aaron Sherber on the first completed engraving of the original version of Appalachian Spring, providing musicians and scholars access to the score as it has been performed for more than 75 years by the Martha Graham Company. On each page of the score, the editors have included stills from the 1958 film of the ballet, with Graham dancing the lead role, in order to highlight the connection between music and dance. This edition is published by A-R Editions in partnership with Music of the United States of America (MUSA). 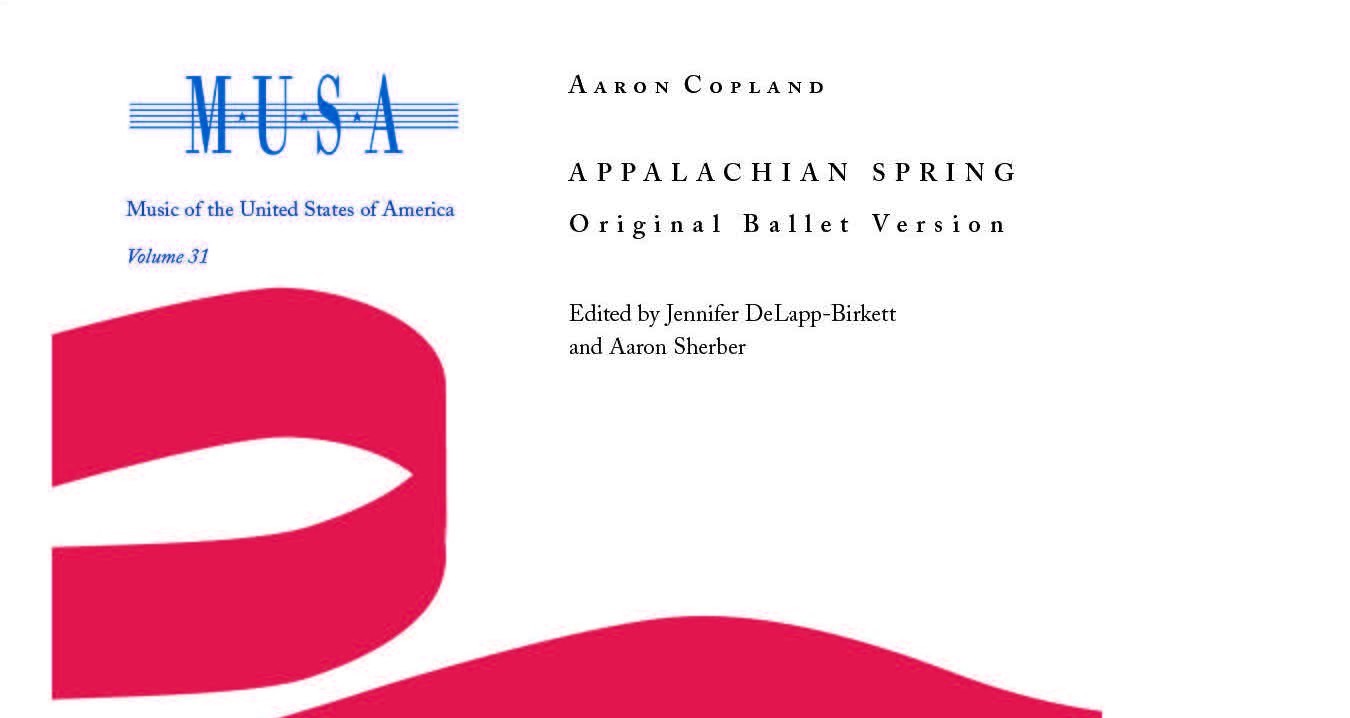 This is a critical edition, so you’ll often see indications such as dashed hairpins in the second violins, violas, and cellos:

These hairpins, along with many other similar markings, signify that the composer didn’t actually notate them in his manuscript, but an editor reasonably concluded that they were intended, based on context.

That’s great for scholars who are studying the score and poring over the robust editorial commentary that accompanies this edition. It’s another matter when presenting this music in performance, where you don’t want the violist to equivocate on the matter of executing a crescendo — you just want to make it as clear as possible to tell them what to do.

So when I needed to create a set of performance materials (score and parts) for Appalachian Spring, I wanted to replace all of the dashed crescendo lines with solid crescendos.

I was presented with this dialog: 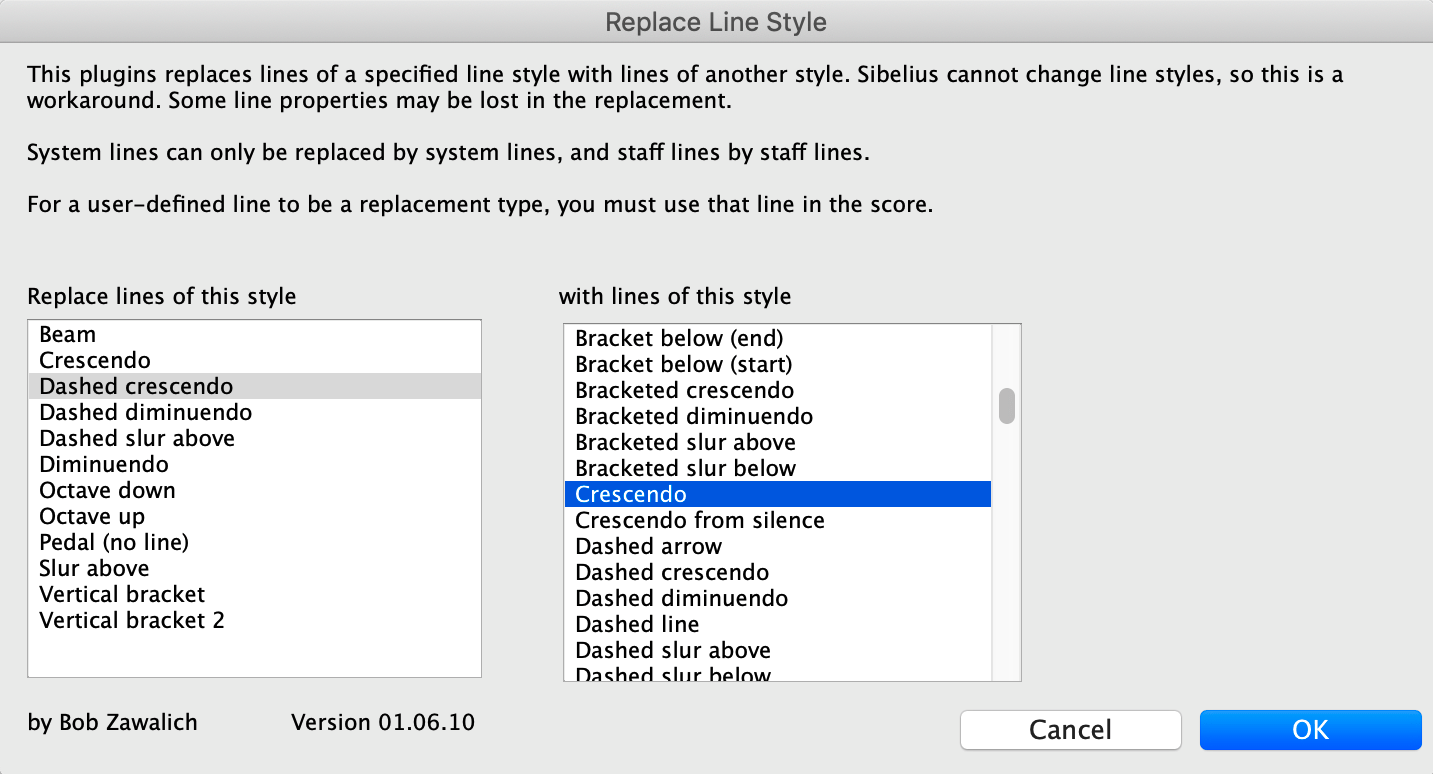 All of the line styles that are present in the selection appear in the left column, while all of the available line styles appear on the right.

It couldn’t be easier to use — just click OK, and in an instant, your lines are replaced, along with a report telling you how many replacements were made.

There are just a couple of caveats to be aware of. The first is that system lines can only be replaced by system lines, and staff lines can only be replaced by staff lines. System objects, you’ll recall, apply to all instruments in a score, even if they might only appear in one or two positions (System Object Positions). So you can’t replace, say, a ritard. line with a diminuendo hairpin.

The other is that if you have created your own custom (user-defined) line, and you wish to replace an existing line with it, it will need to already be present somewhere in the score in order for the plug-in to find it. If you haven’t yet used your custom line in your score, you can temporarily place it anywhere in your score, and delete it after you run the plug-in.

Those are hardly insurmountable limitations for such a valuable tool. You’ll find Replace Line Style in File > Plug-ins > Install Plug-ins, in the Lines category.

Ever wish you could convert a whole lot of free-floating symbols to smarter articulations in Sibelius? Now you can, thanks...