Just in time for the holidays, we’ve found a few presents under the tree. I think they’re new Sibelius plug-ins! Let’s unwrap them and find out.

Kenneth Gaw is our Santa this year with these useful new tools he’s created. No word on whether or not he has elves to help him out.

The first of the new plug-ins, Intelligent Ties, complements the existing tie function in Sibelius as follows:

If a tie is present in any of the selected notes, then all ties are removed.

If no ties are present, then ties are added to all selected notes where a partner, i.e. an appropriate note to tie to, is also selected.

If a partner is available in another voice, a suppressible dialog appears offering this option. 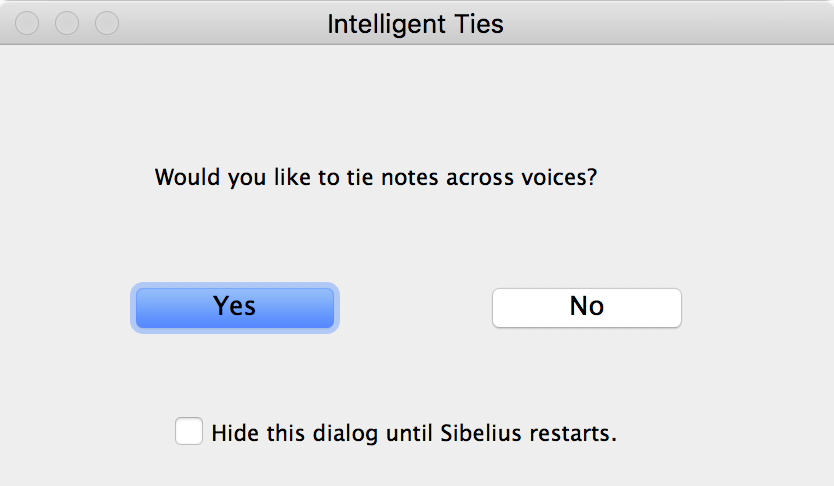 If any of the “tied-to” notes have articulations, they are removed.

Intelligent Ties may be downloaded directly through Sibelius 7 and higher at File > Plug-ins > Install Plug-ins > Lines.

This one’s quite clever. Multiple Text Entry enables the user to input technique and other types of text into more than one place in the score in one operation.

If staves are selected, then the text is place over the first note in each stave. There is also an option to add the opposite indication to the first note after the selection. To convert a passage to “pizz.”, for example, select the appropriate bars of the string staves: 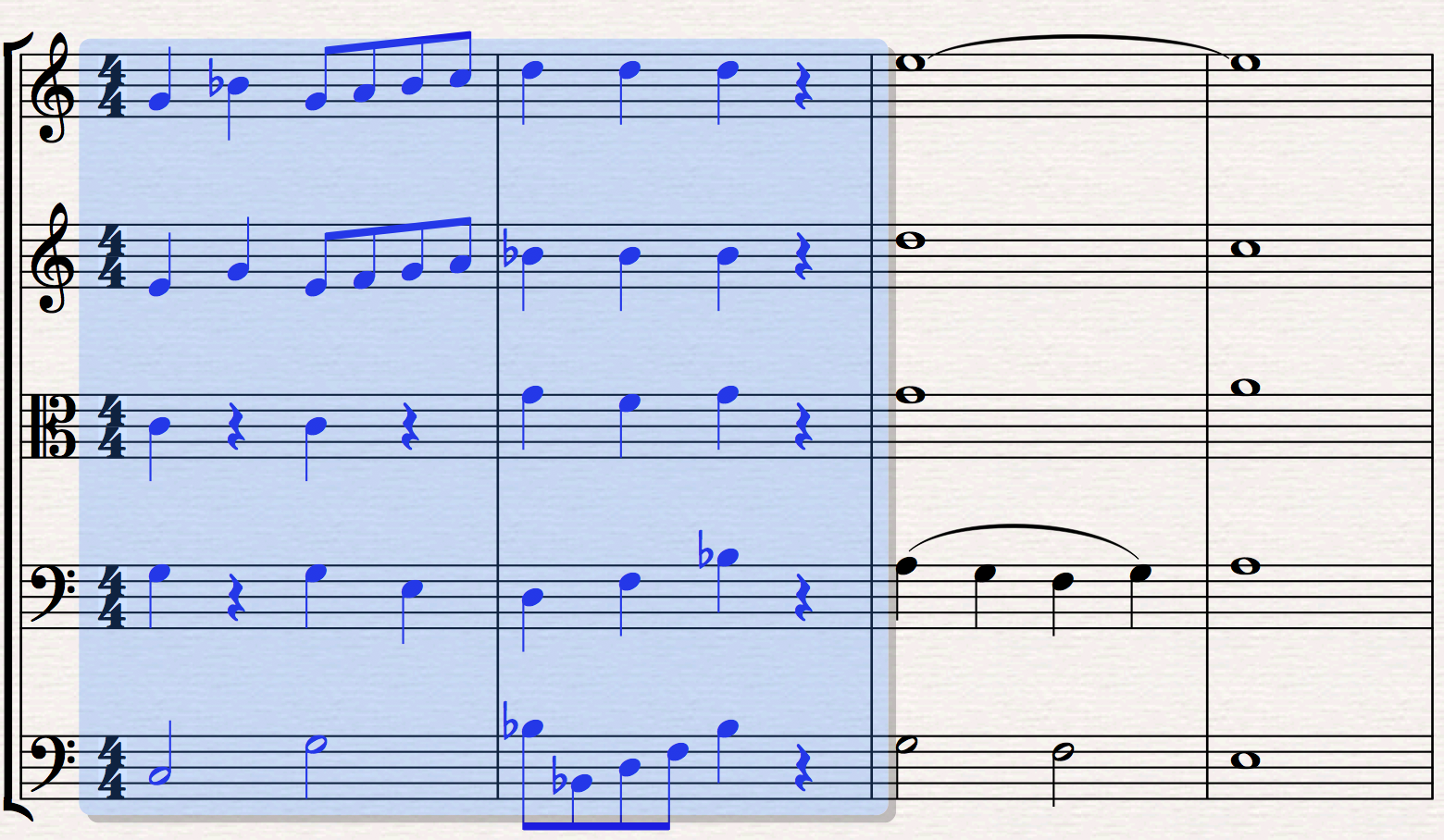 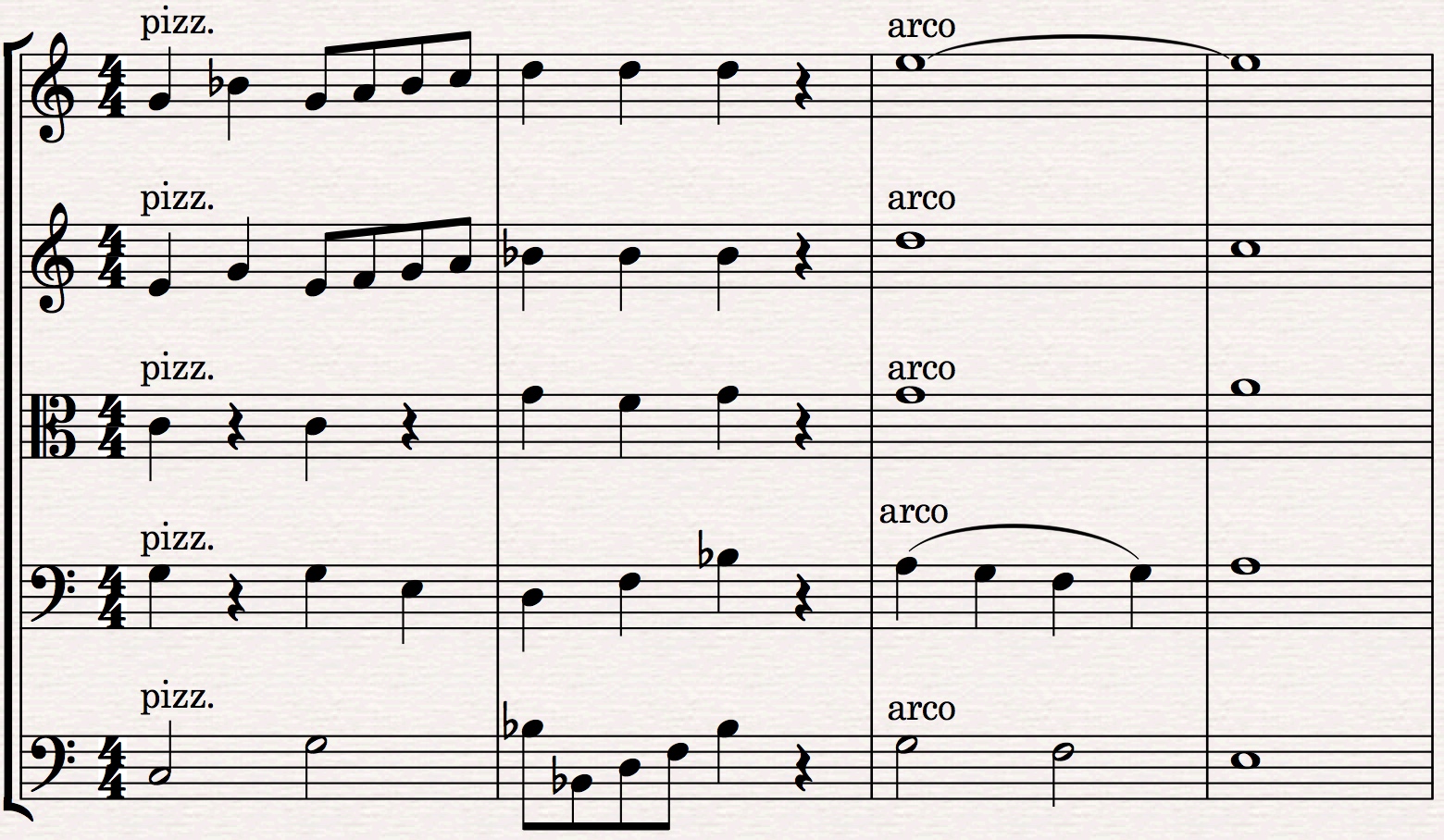 If individual notes are selected, the text is entered above each selected note.

Items can be added to and removed from the option list, and the opposite indication can also be edited.

Multiple Text Entry may be downloaded directly through Sibelius 7 and higher at File > Plug-ins > Install Plug-ins > Text. (Note that it may appear as Multi-paste in the menu.)

Kenneth has also updated his useful Multiply Dynamics plug-in so that it works across barlines.

These are two plug-ins bundled as one. Complete Copy and Complete Paste provide a solution to the problem of unwanted doubling of slurs, dynamics, lyrics, and other items when a passage which contains part of a bar is pasted over another partial bar, like this:

The magic is in the plug-in’s use of Sibelius’s drawing order (Appearance > Order).

Complete Copy changes the draw order of the slurs, lyrics, dynamics and other items, copies the changed version to the clipboard, and then resets the draw order to their default values.

Complete Paste pastes the contents of the clipboard, deletes any items for which the draw order hasn’t changed, and then resets the draw order of the pasted objects to their default values.

For this reason, normal copying and pasting should be avoided in combination with using this plug-in (i.e., don’t follow Complete Copy with an ordinary Paste operation, as this would leave the draw order unreset.

Complete Copy Paste  may be downloaded directly through Sibelius 7 and higher at File > Plug-ins > Install Plug-ins > Other.

With three new Sibelius plug-ins and an updated fourth, developer Kenneth Gaw has once again found solutions to save you...

A new plug-in that exports and imports mixer settings, and updates to existing plug-ins, make for a substantial fall harvest...

A Sibelius plug-in can replace dangling ties with slurs, for use in scores where someone has mistakenly entered slurs as...