This tip comes from master engraver Jeremy Hughes, who discovered it and posted about it on the Sibelius chat forum. Jeremy gave us permission to re-post his tip here, and we’ve added a few illustrations. The tip describes a better-than-usual way to keep tempo text aligned to time signatures in Sibelius, as is the custom described in references like Elaine Gould’s Behind Bars:

I have recently come across an interesting quirk in Sibelius to do with the alignment of tempo text and time signatures.

In general, Tempo text aligns to the music at the beat where it’s attached (usually with a default offset found in Appearance > Design and Position > Default Positions). This means that the placement compared to the barline differs depending on the content and spacing of the music at the position it’s attached to. 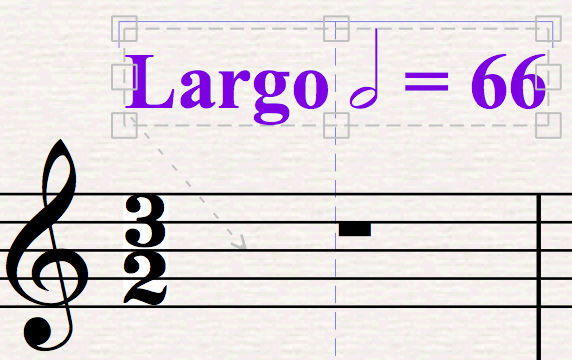 This is annoying as you need to make manual adjustments to the alignment in some of the parts (sometimes most of them).

But there’s a way to avoid having to do this. I tried it in Sibelius 6 and 8, and it works in both.

This works with all system text objects that I’ve tried, but it’s most useful for tempo text.

Select the time signature and the tempo text (Command+click on Mac or Ctrl+click on PC to select just the two objects) and then choose Appearance > Align > Align in a Column. The tempo text will move its attachment point, and slightly change its location. 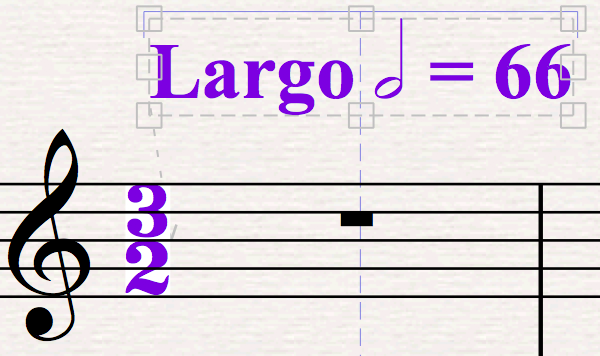 Make any necessary adjustments to the text’s alignment without allowing the attachment point to change by clicking the tempo mark, holding down Alt, and dragging it (see this post for more information about constraining attachment points). You can also use the Home > Inspector to change the item’s X position. 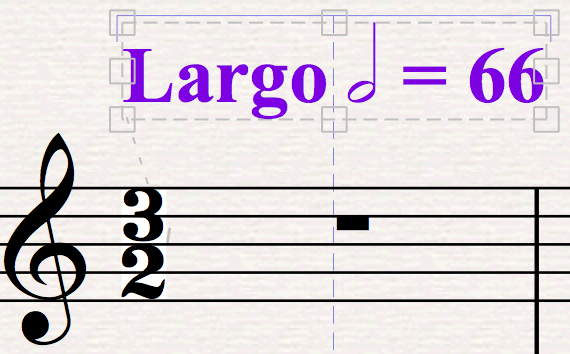 Now, the text won’t move if you were to change the music in the bar, e.g., by dragging the first note of the bar to the right, or adding a series of grace notes before beat 1.

It turns out that the time signature can later be deleted and the text will still stay aligned relative to the barline. So, if you want to align text to a barline where you don’t have a time signature, you can temporarily add one, perform the alignment trick, and then delete the time signature. Remember not to rewrite the music when adding (or, especially, deleting) the time signature, as the rewrite seems to undo the trick.

I think this is rather useful, and I haven’t yet found any problems with it. Let us know if it doesn’t seem to be working, or if you find a problem with it.

Have you listened to some contemporary music with irrational time signatures and now want to make use of split tuplets,...

The veteran composer, arranger, orchestrator, and band leader Tim Davies has been writing a series of refreshing and immensely useful...