A Sibelius house style is a collection of properties that gives a score a characteristic look.

A new score is created from a Manuscript Paper built using a house style, which may be one that shipped with Sibelius or that that has been customized by a user to tweak some of the settings.

People often ask how to tell what house style a score is in, but other than immediately after a score is created, there is no good answer for that. One can later import bits and pieces of other house styles, and adjust fonts and styles manually, so that the collection of properties in the score quickly becomes different from the original house style.

Sometimes the properties of a score have gotten messed up in unexpected ways, and you can restore the appearance of the score by importing a standard Sibelius house style. But which style is the right one to import?

This post will explain how to identify which house styles a score most resembles, so that you might recover the appearance of your score by importing a house style.

The properties in a house style include several fonts used for text, symbols, and music, and these fonts largely determine how the score will look.

House styles can be grouped into families of similar styles, based on three fonts:

The third font should really be the Main Text Font, which is described as the font used for common text, like Title, Technique, and Plain text. However, that font is not actually used in most scores, and is not used to build the house styles Sibelius ships with. For the third font, we will use the font that the Plain text text style uses, which is really how Sibelius builds its shipping house styles.

You can see the Main Music Font and Music Text Font in the Edit All Fonts dialog, by clicking on the dialog launcher in Text > Format: 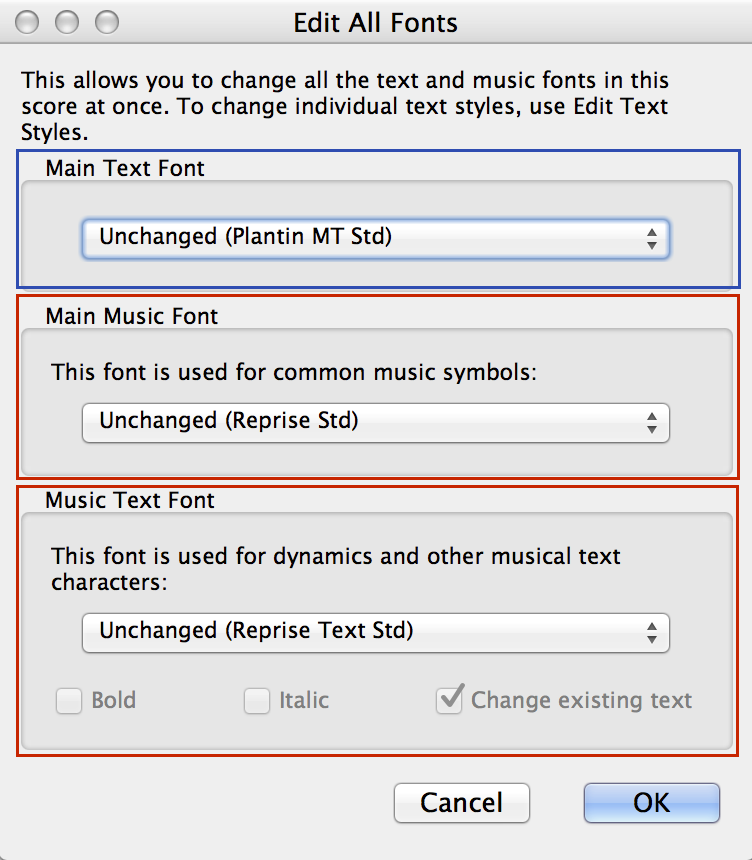 To find the Plain text font in a score you can either create a piece of Plain staff text, and look for the font in Text > Format, or go to Text > Styles > Edit Text Styles and edit (without changing) Plain text to examine its font. 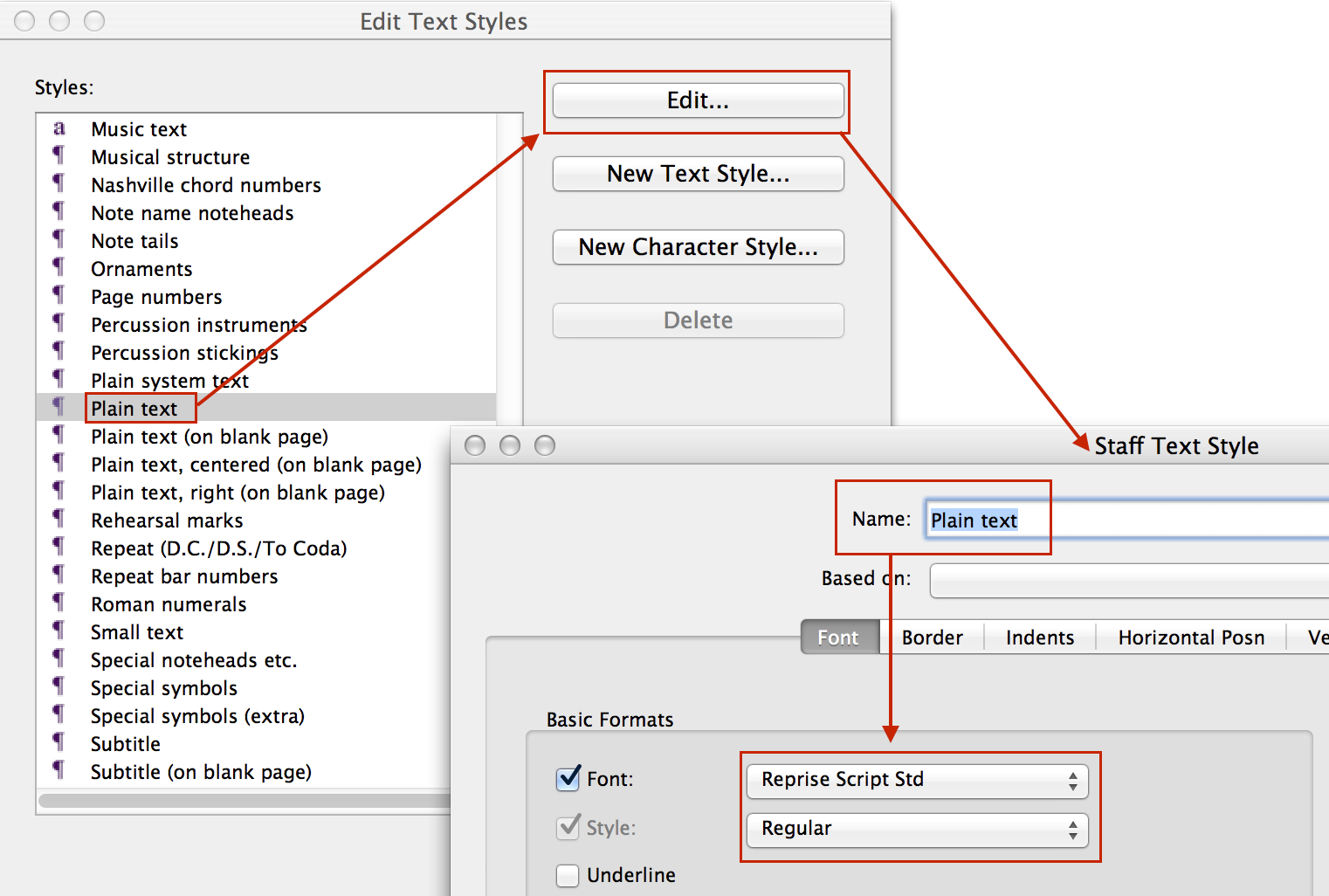 Once you know the three fonts in your score, you can use that information to find a built-in house style that will work well with your score. Most likely, one of those house styles will be the one your score started from.

Knowing this can help if you want to reset a score to house style defaults by importing a house style, or for help in duplicating the format of a score you were given.

In another post, I’ll show you how to import lines, symbols and noteheads without changing the appearance of your score.

Learn how to import only certain elements of a Sibelius house style — such as lines, symbols and noteheads —...

Here's how to change the size of expressive text in Sibelius without affecting the size of music text used for...