Beginning with the 3.5 release, Dorico supports creating empty staves either at the end of a part layout, or simply in order to create custom manuscript paper.

In the first instance, what we are discussing here are sometimes referred to as “Hollywood-style” parts. In the traditional days of hand-copied parts, maximum legibility meant that a part would be copied without necessarily paying attention to whether or not a page should be full, or even whether the final system should justify or not. Since the paper already had staves on it, it meant that parts inevitably contains blank staves after the final measure and/or system.

While this may at first seem undesirable, years of usage of such parts by professional studio musicians has shown that the possibility of taking notes regarding the movie cue on the score in front of them was extremely useful. Normal engraving procedures, while beautiful and legible, became automated in computer engraving, and players dearly missed the ability to write helpful notes and changes on their part.

Dorico solves this problem most elegantly with a simple feature in Layout Options.

Here is a double bass part as it can normally appear in Dorico: 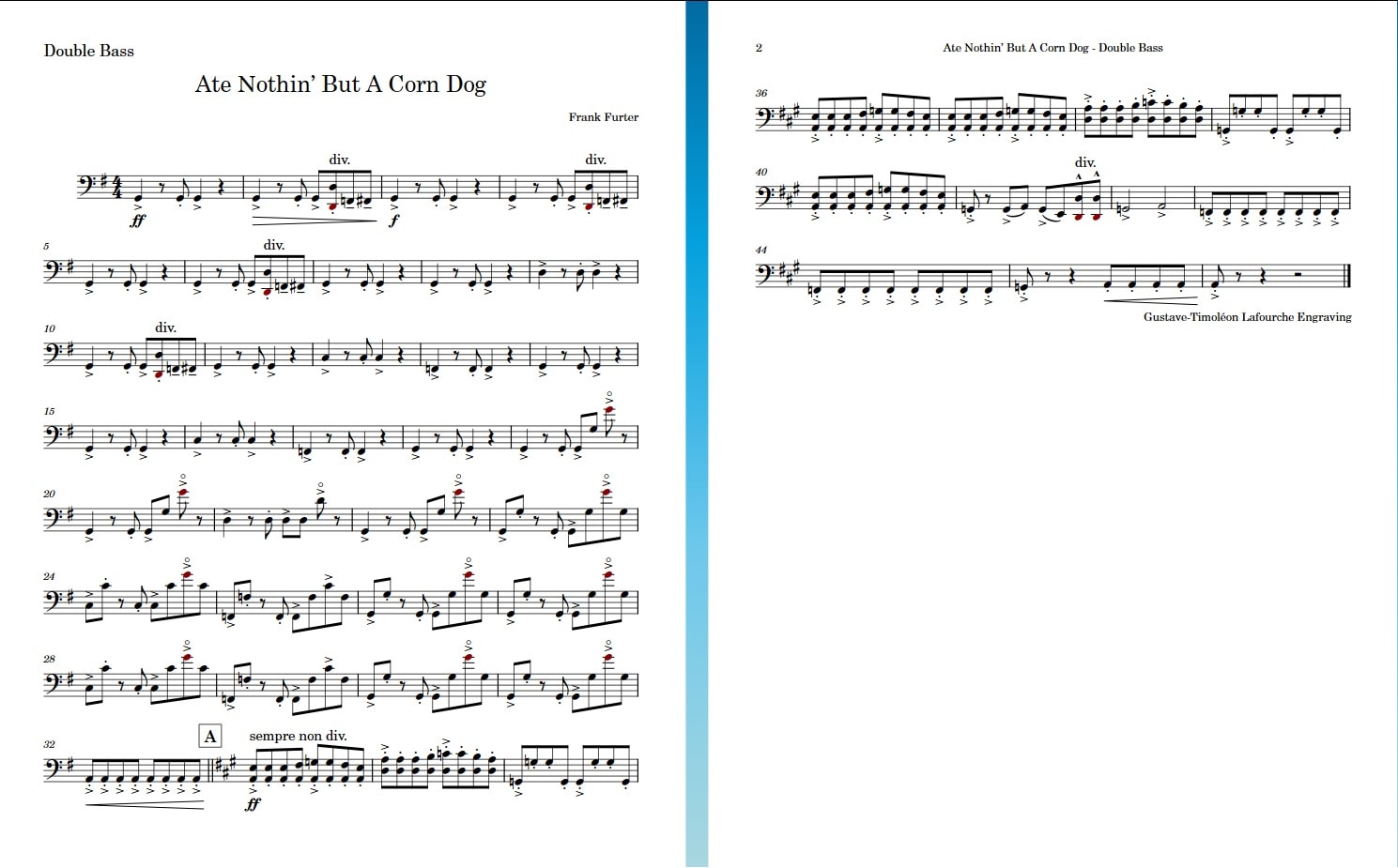 The second page ends with blank space under the three systems populating that page. In old Hollywood days, this space would be populated with empty, unused staves. Go to the Flows section in Layout Options to see these brand-new choices concerning empty staves:

Choosing Fill page with blank staves will also activate displaying those staves with clefs and also making them identical to the way there are displayed in that flow (for example, if it’s a piano layout, the blank staves will be a blank grand staff).

OK those options, and the second page now looks like this: 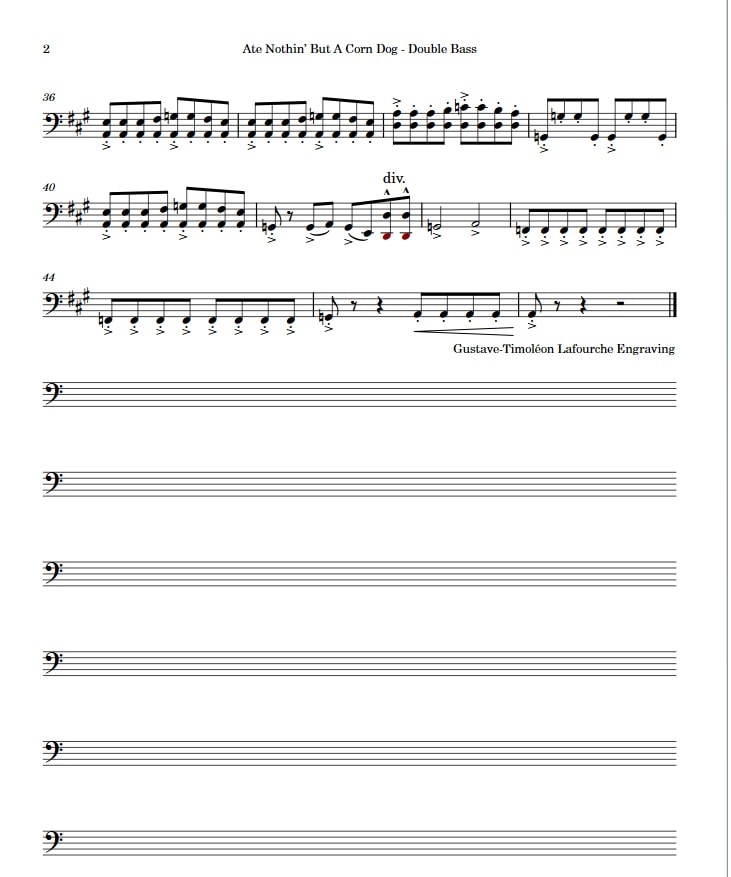 If I choose to make sure that the final system is not justified using the Note Spacing option in Layout Options, we can also make it look like this, where the end of the final system continues as a blank staff: 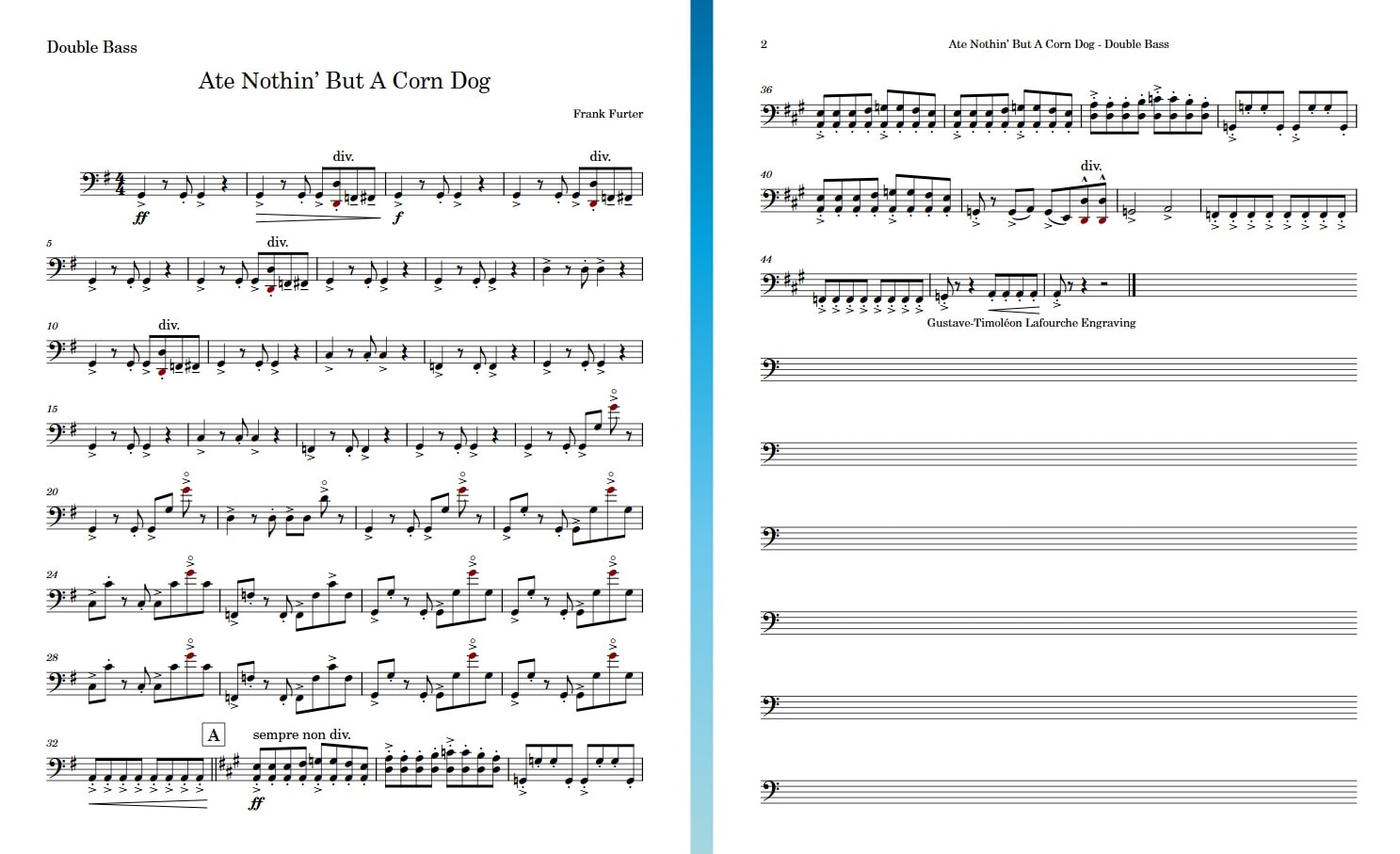 As can be seen from the menu, we can have those staves without clefs or have them display as single staves even on a grand staff instrument if you so choose. Note that those staves are not interactive with the user: you cannot write on them. They will however, be drawn according to choices regarding staves in Layout Options, such as vertical spacing.

Can I add more pages of such blank staves to a part, you ask? Well, not with braces of clefs, but you can now specify that a frame be filled with empty staves. In fact, you can simply create a document from scratch that will create custom manuscript paper according to chosen setting in Layout Options.

And let’s draw music frames into them with the Frames tool:

They will, of course, fill with music, as expected, but now let click the arrow on the Flow tab on the upper left corner of that frame: 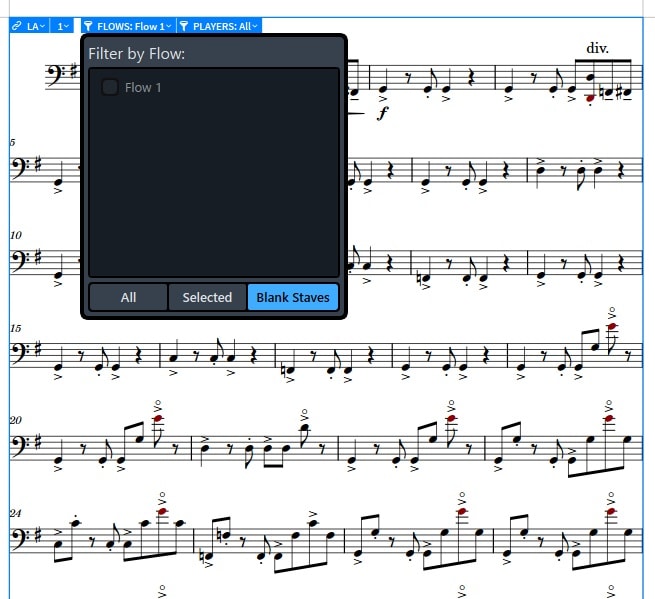 You will now see an option to make this frame a blank staff frame, which will result in this when selected in both frames: 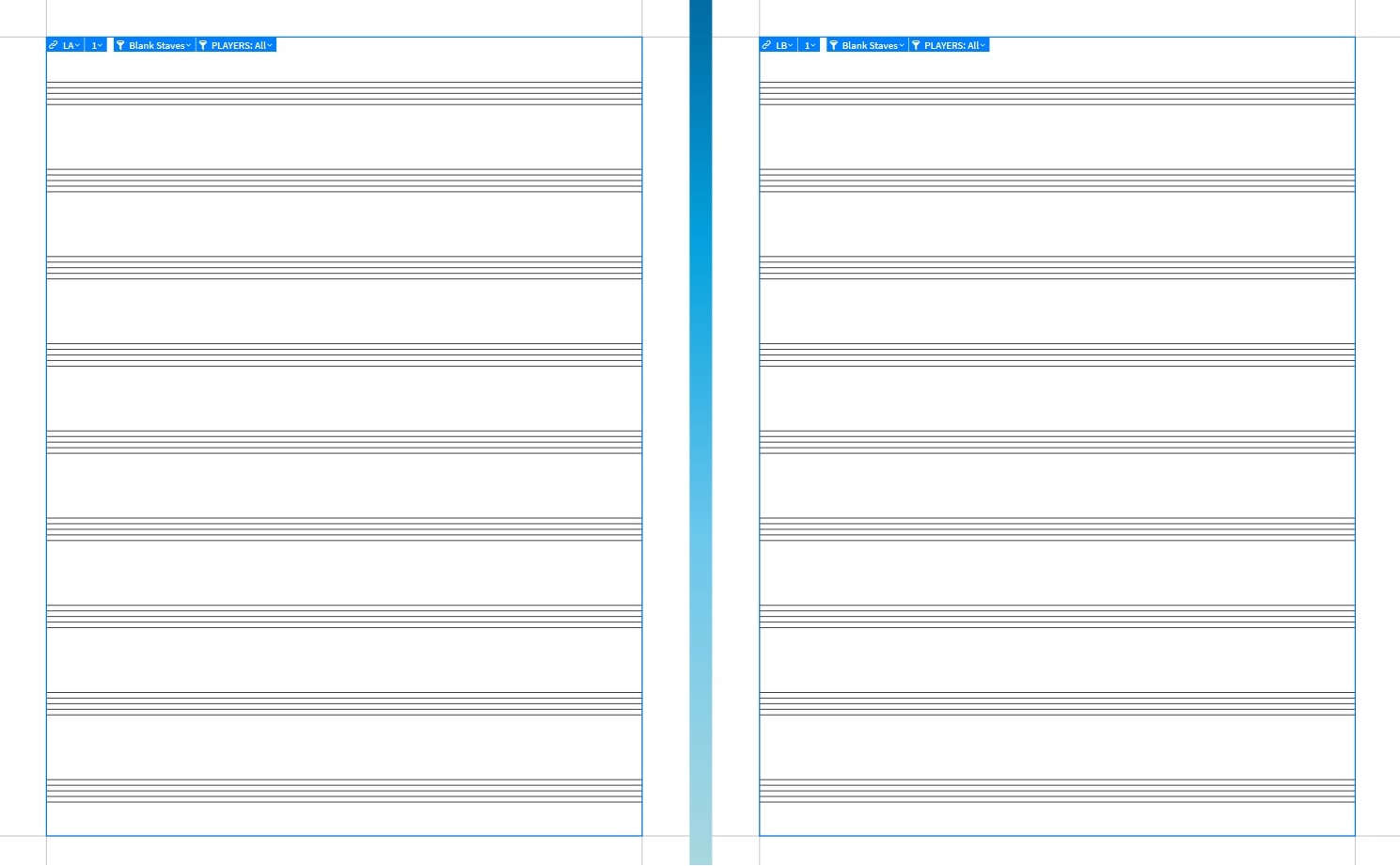 You can then select any frame and set the number of staves you want to appear in it using Blank staff count in the Properties panel:

As with Hollywood-style parts, the staves are not interactive. This means that the user cannot write on them, which is expected, but also that since they will not respond to system or frame breaks, they can only come in the size stipulated in Layout Options.

This is useful, for instance, in the field of music education, where blank staves are still used quite consistently for worksheets, written exercises, and exams. The feature is very flexible and easy to use.

Dorico has a tool called Manual Staff Visibility which allows the user to easily hide or show staves throughout a...

It's common to have a conductor's score with winds and brass on shared staves, and individual parts for players. Although...