Last week I described how to create breath marks as expressions in Finale and position them intelligently in your score instead of using the default breath mark articulation.

The fermata is another symbol that I often see used in Finale both as an articulation and an expression. There are good reasons for using both, but in this post we’ll focus specifically on placing fermatas on bar rests, and why placing them as articulations yields more consistent results than using expressions.

I place fermatas on bar rests using Tools > Articulations using the method described in the Finale User Manual, where it says “To place a fermata on an empty measure (whole rest)”:

The reason you need to place a “real” whole rest in the bar is that, in Finale, an articulation can’t be placed on an empty bar — it must be placed on a note or rest.

Once the fermata is placed in this way, use the Edit > Paste Multiple feature to quickly propagate the fermatas to the remainder of the staves in the score: 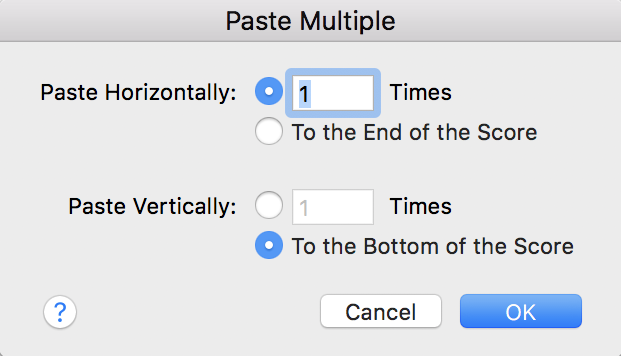 You can then easily overwrite any bar with music, as needed.

The method works for me consistently, every time.

The pitfalls of placing fermatas as expressions in bar rests

Having extolled the virtues of expressions over articulations last week, you might wonder why I wouldn’t recommend creating an expression such as one with the following settings: 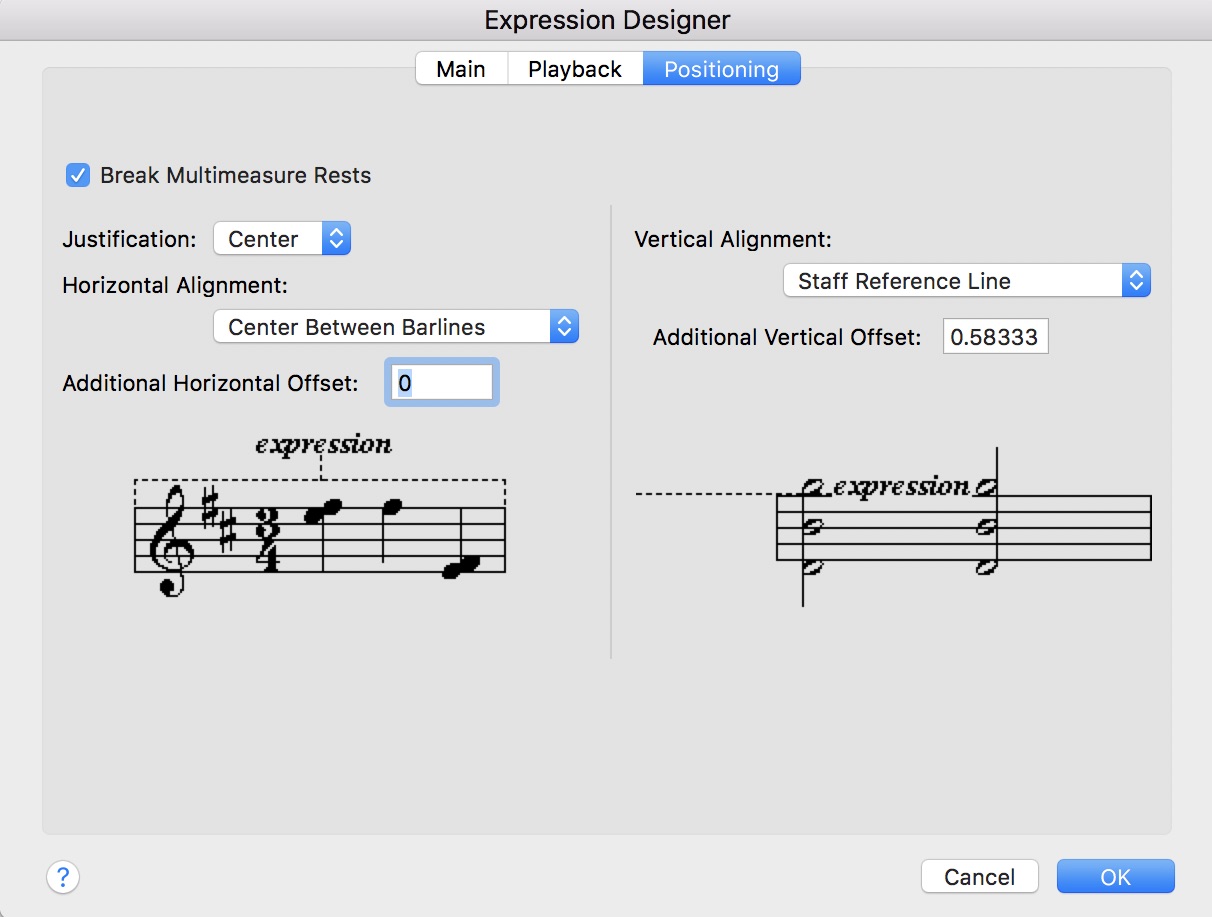 One reason is that time signatures affect the horizontal position of these expressions:

Another reason is that, in parts, the fermata expression only breaks the multimeasure rest at the bar to which it’s attached, and not the subsequent bar as well, leaving you with this undesirable situation:

Fermatas placed as articulations won’t have this problem:

Clearly, this is a process that could use some modernization. Sibelius is aware that a fermata placed on a bar rest in one staff should apply to all staves. Newer applications like Dorico and StaffPad are more sophisticated, taking into account fermatas placed on a note within the bar and extrapolating the correct position of the fermata in other staves.

But for now, placing fermatas on bar rests in Finale using articulations is a time-tested way to make your score and parts look correct.

Ever find positioning commas (breath marks) tricky in Finale? Here's a way to set it up so that they're perfectly...