Fake it 'til you make it: New Sibelius plug-in for per-staff barline - Scoring Notes
Skip to content

In Sibelius, barlines are basically an all-or-nothing affair when it comes to how they appear on each staff.

As we’ve noted here not too long ago, it’s possible to have barlines on some staves and not on others, and to have “barline joins” — grouping two or more similar instruments in a system by connecting their barlines — appear between certain staves easily enough.

What’s not possible, however, is to mix it up: to have barline joins appear in some bars, but not in others. It’s possible to fake it, of course, by selecting a barline and then going to Notations > Common > Barline, select Invisible, and then manually adding in a line using Notations > Lines. You’d have to precisely match the height of your faked barline to the height of the staff, and faithfully reproduce your work across multiple staves.

Plug-in guru Bob Zawalich decided that was all too time consuming, so he created a plug-in called Add Fake Barline to Bars to automate the whole process. 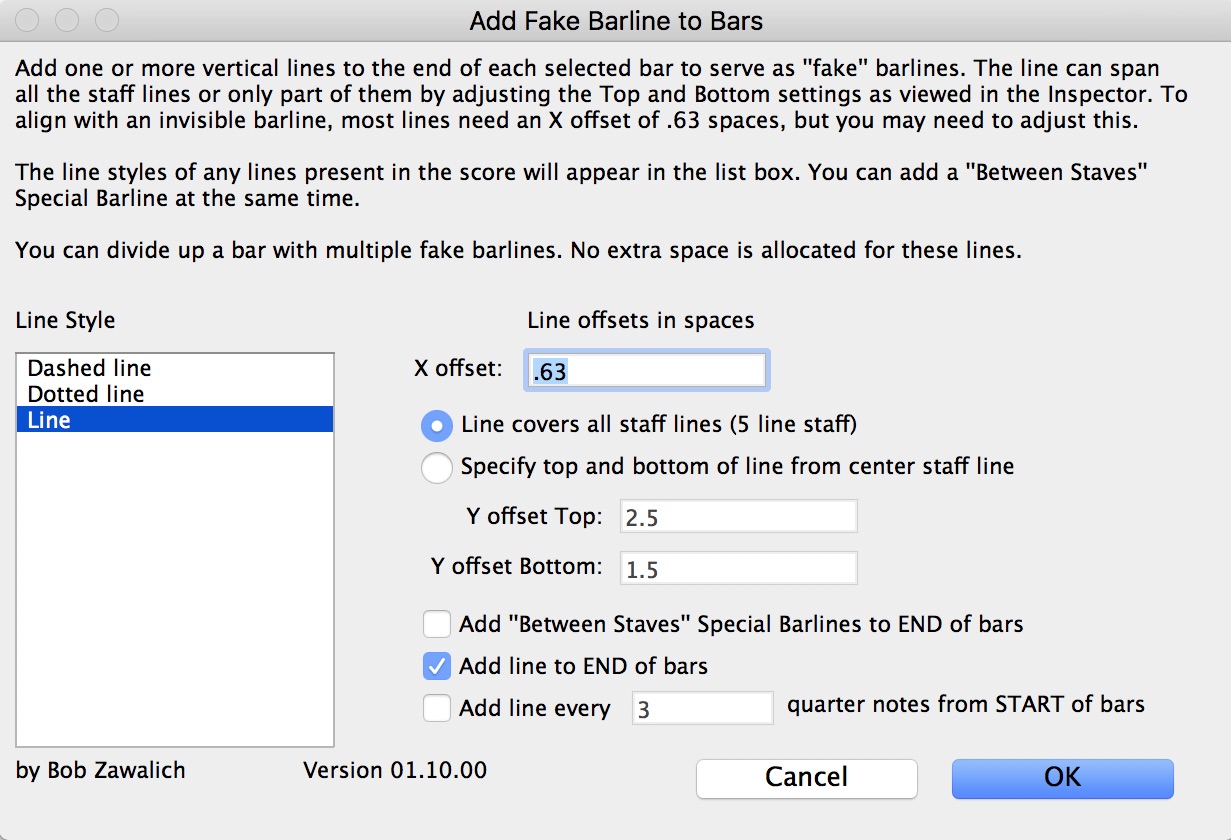 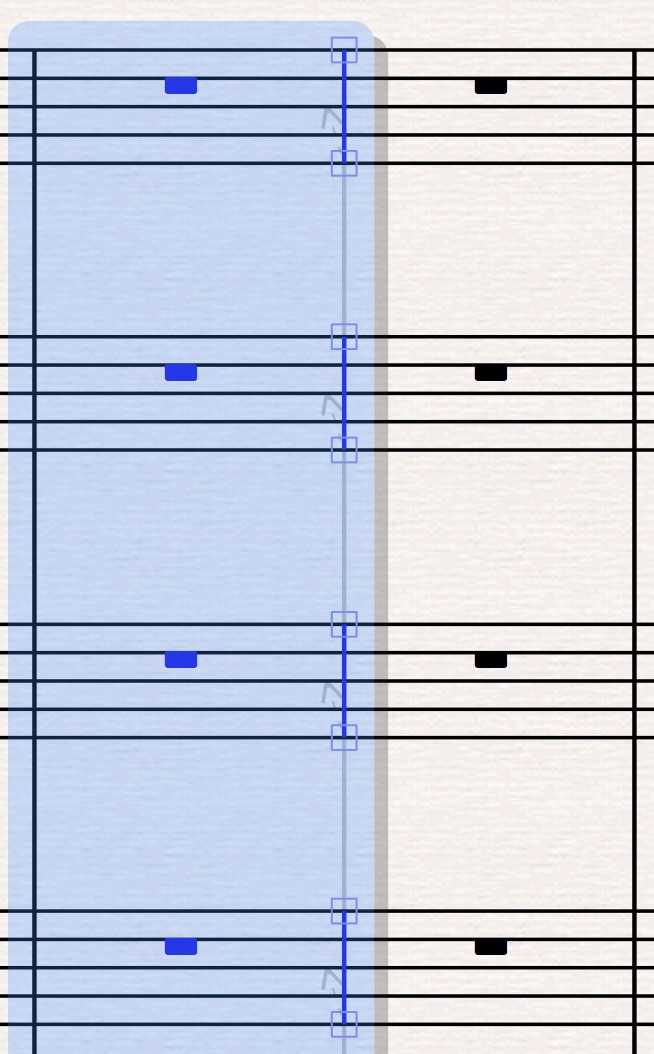 Of course, you can imagine the plug-in being used creatively in a more complicated setting where bars of indeterminate length don’t strictly align among all the instruments.

The plug-in has a variety of settings, including one where you can mimic the look of “tick” and “short” barlines by adjusting the Y offsets.

You can also specify whether to use a line, a dashed line or a dotted line. 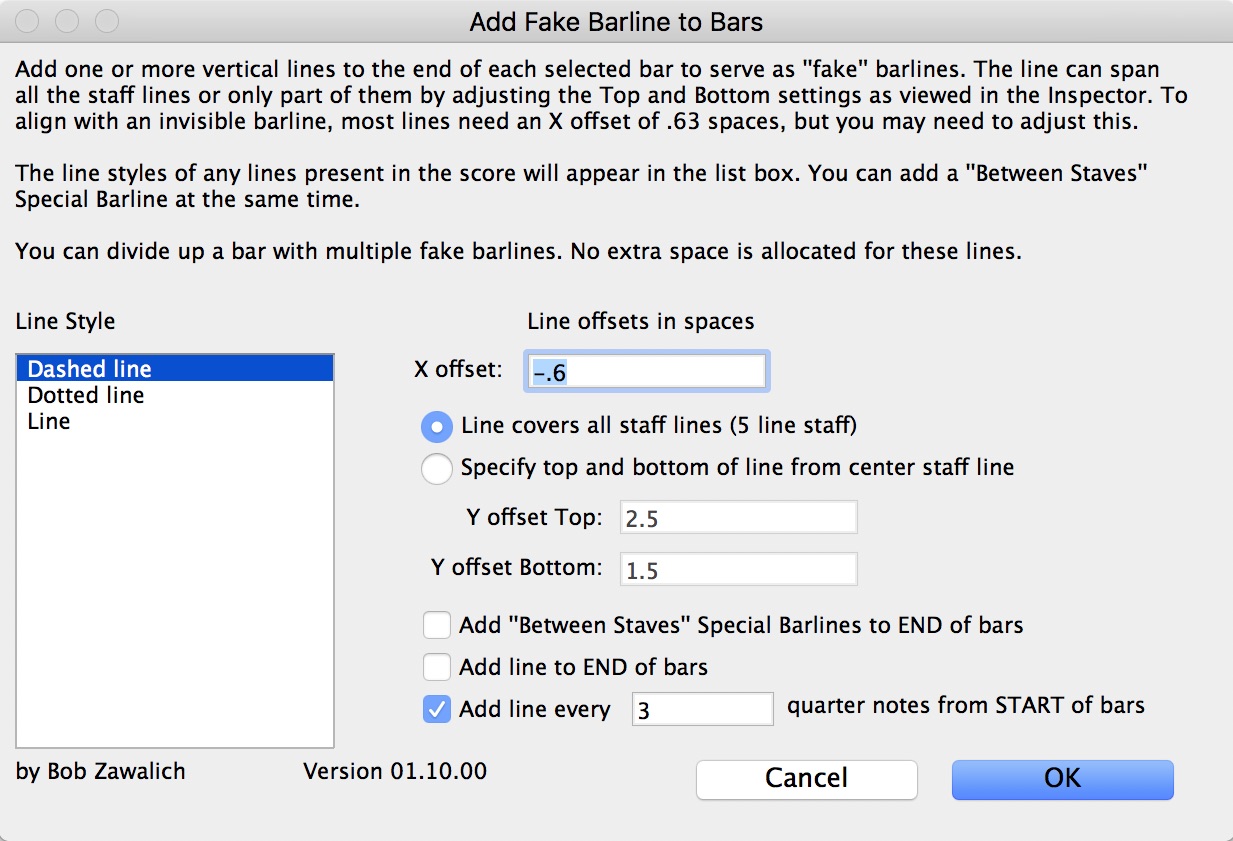 The plug-in is also useful in instances like this, where you may need to quickly place a dashed barline in the middle of a bar to indicate a subdivision. 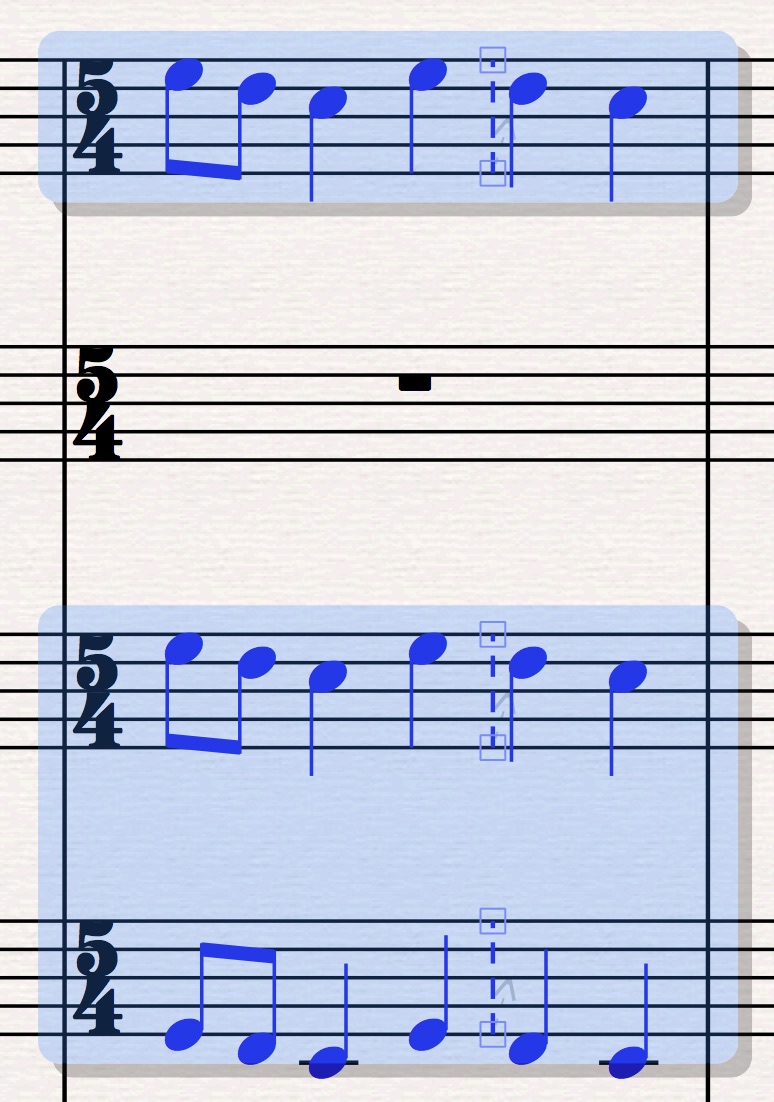 If you think you will use Add Fake Barline to Bars regularly, you should also download Roman Molino Dunn’s Barline Tool plug-in, which allows you to create special barlines on many bars at once; without this plug-in you can only change one barline at a time.

Add Fake Barline to Bars may be downloaded directly through Sibelius 7 and higher at File > Plug-ins > Install Plug-ins > Lines. Users may also install it manually in Sibelius 6 or higher by visiting the plug-in download page and following the usual manual installation procedure, or by using the Install New Plug-in plug-in.

The space is the unit of measurement that defines the appearance of all other notational items. These basic settings in...