Recently I showed how, in Sibelius and in Finale, to create a part with an instrument that’s entirely different than what’s in the score. This is helpful, for instance, to make a clarinet part in a different transposition than the original part, or a treble clef baritone part linked to the bass clef euphonium part.

In the Sibelius post I described the general concept in a little more detail, so check it out if you haven’t read it already, and if you want to accomplish the task in Finale, read that post.

Here, we’ll jump right into Dorico and use a similar example — creating an additional A Clarinet part based a B♭ Clarinet part.

Let’s have our source layout visible (the B♭ Clarinet 1 part in our example).

For best results, lock your original layout first before proceeding, by heading to Engrave mode (Command/Ctrl-3) and in Graphic Editing > Lock Layout, click the big lock on the Lock Layout button. 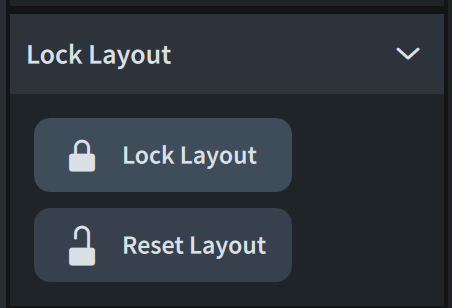 Most everything else with this task happens in Dorico’s Setup mode, so head over to that mode (Command/Ctrl-1), and open the Layouts panel on the right-hand side.

Select the existing part (layout) for which you want to create an alternative transposition. Right-click the layout and choose Duplicate Layout. 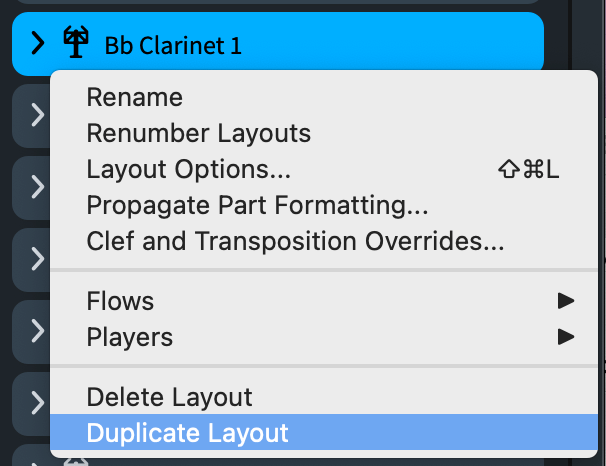 Duplicating the layout has the advantage of bringing all the adjustments you’ve made to system layout, formatting and, even individual Engrave mode adjustments over to the new one, rather than copying the formatting via Propagate Part Formatting.

Your new layout will appear at the bottom of the list of layouts, so you may wish to drag it up so that it appears right after the layout upon which it is based, although this is not strictly necessary.

With the newly-duplicated layout selected, right-click it and choose Clef and Transposition Overrides… 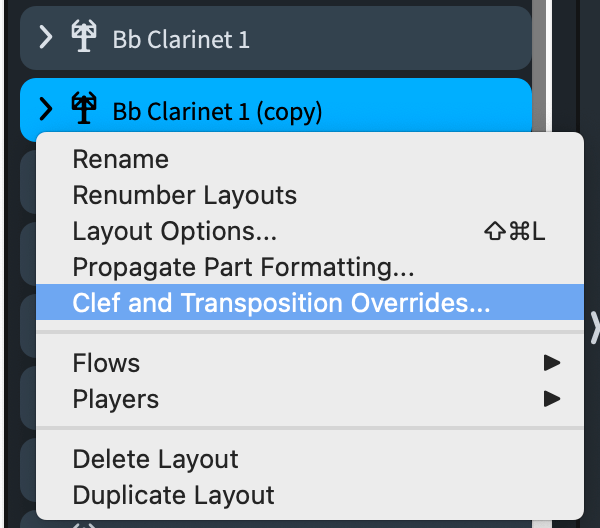 In our example, we’ll adjust the setting named Written middle C sounds as: to A3. If you’re creating an alternative part that has a different clef than your original part (such as an alternative treble clef baritone horn part for a bass clef euphonium part), you’ll want to adjust the clef settings, as well.

When you do this, you’ll see the readout at the top of the dialog box update to reflect your change. 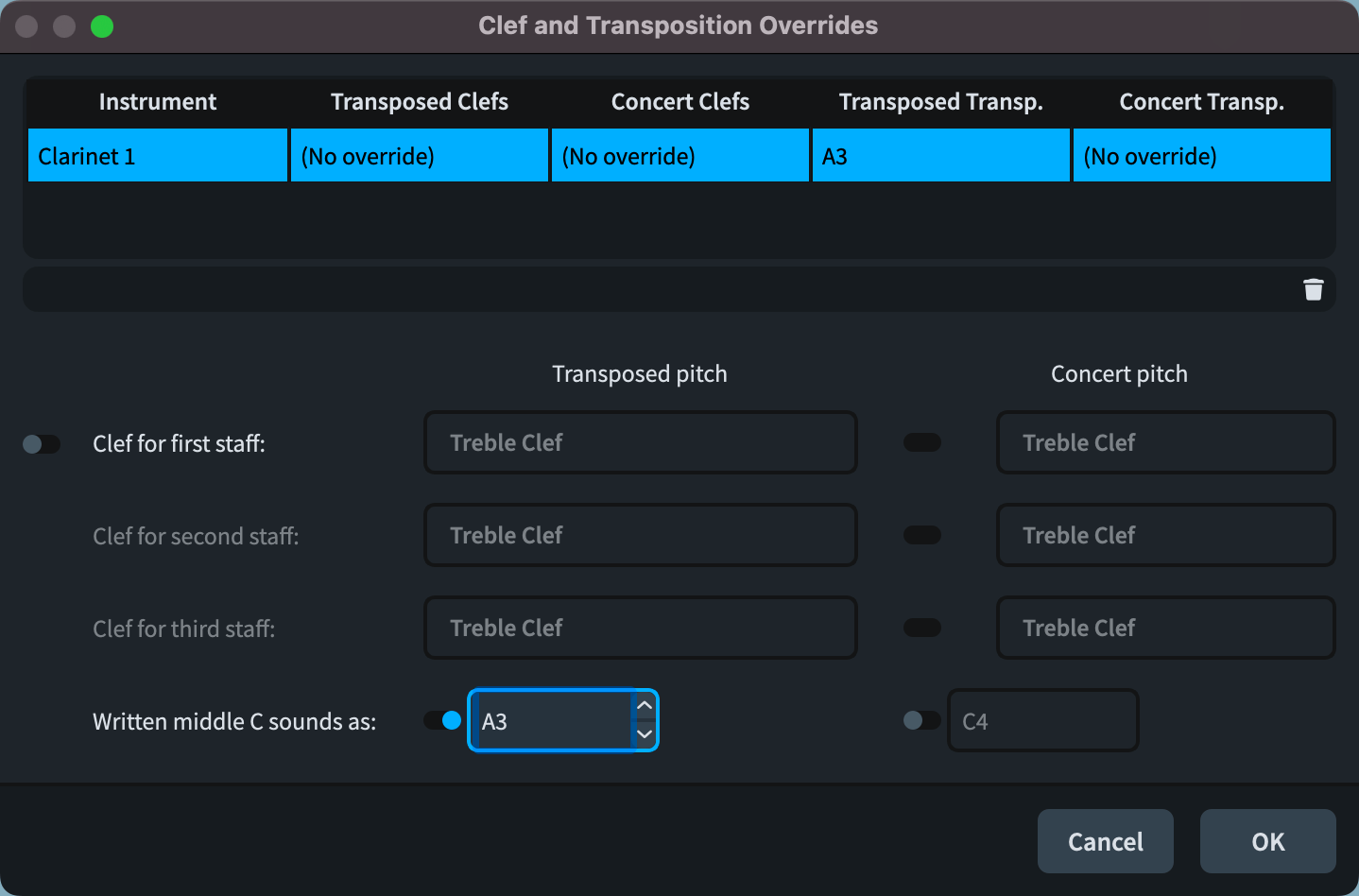 One more step: Double-click the layout card in the Layouts panel to rename it as needed.

Congratulations! You now have a part with an alternative transposition, based on the same player as the original part.

Your A Clarinet player might appreciate some respelled notes that are written an augmented second higher than concert pitch, instead of strictly a minor third higher.

Fortunately, that’s easy to fix by going to Write mode (Command/Ctrl-2), and, in your alternative part, selecting the notes you’d like to transpose, and, in Write > Respell, choosing the appropriate respelling option.

Of course, you can change the position of many elements in one part without affecting the other part or the score, to make fine adjustments.

How are you using this? Did you find this helpful? Let us know in the comments. This post is long enough already, but the concept is similar in other software like Sibelius, and Finale, where we’ve already documented the processes there.