Last week I had the privilege of preparing some music arranged by Christian McBride for a concert at the Apollo Theater, celebrating the 50th anniversary of the release of James Brown’s song “Say It Loud: I’m Black and I’m Proud”. I posted an photo of the charts on our NYC Music Services social media accounts. 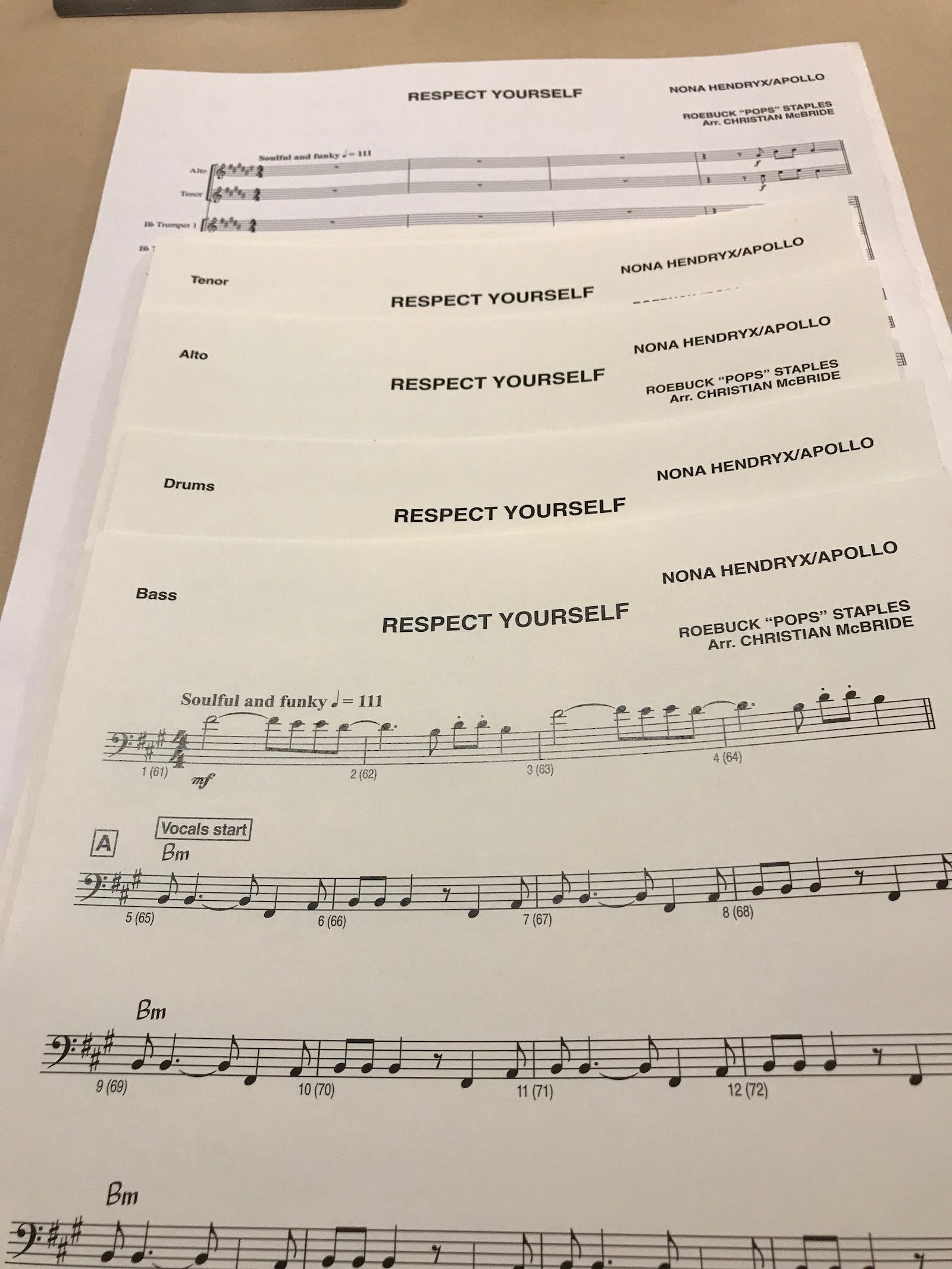 Pianist, composer, arranger, and loyal Scoring Notes reader Tiago Costa noticed the bar numbers in parentheses, and suggested that instructions on how to achieve this would make for a good blog post.

Generally, it’s more common for the bars to be numbered not like in this example, but rather as if they are all played once straight through, so that the repeats are not considered in the bar numbering.

In this case, though, Christian’s manuscript included the second set of bar numbers, so I wanted to match what he had done. Other good reasons to do this would be if you are preparing a score which needs to match a recording or DAW session that has continuous bar numbers; this way there’s a one-for-one match between the score and the audio, without needing to write out all the repeats in the score.

This is easy to do in Sibelius, and the options are found in Appearance > Engraving Rules > Bar Numbers > Appearance. 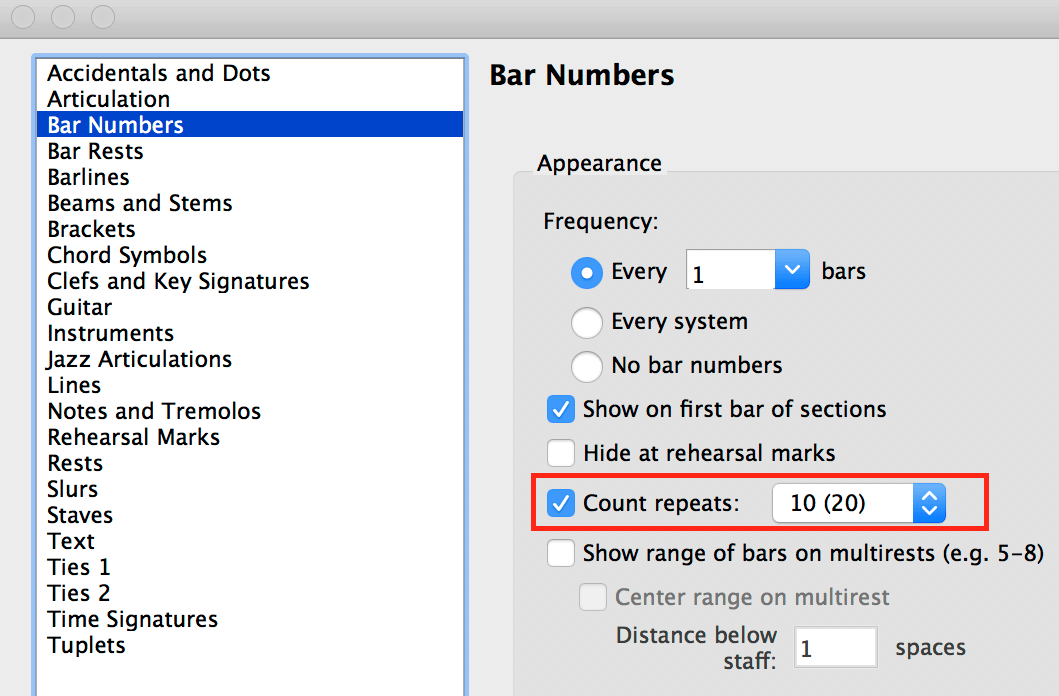 Simply switch on the Count repeats option and choose the desired format from the drop-down menu:

This brief example, taken from the Sibelius Reference, does a good job of demonstrating the effect of each of these options:

Keep in mind that switching on Count repeats and using any of these formats will not only affect the number count of repeated bars, but also any other bars after the repeated sections, even if those bars are not repeated. Put another way, in the above example, if you didn’t switch on Count repeats, the bars in the third ending would be numbered 5 and 6, not 11 and 12, and the bars in the coda would be numbered 7, 8, and 9, not 15, 16, and 17.

Did you find this helpful? Would you like to see similar posts like this on Scoring Notes? We’re always happy to take suggestions! Let us know in the comments.