Elaine Gould’s music notation reference Behind Bars has the following to say about dotted rests:

“Beats are more compact and thus easier to read when rests within a beat are combined.”

“The longest permitted dotted rest,” Gould says, “is one value smaller than the beat. In crotchet [quarter note] metres, the longest dotted rest is a dotted quaver [eighth].”

Recently I had a passage in Finale in 3/4 time with a great many eighths and sixteenth rests (and vice versa) which I wanted to automatically combine into a dotted eighth rest. Of course, I only wished to combine those rest pairs which didn’t cross a beat, as indicated here:

The solution is far from obvious, but it can be done. 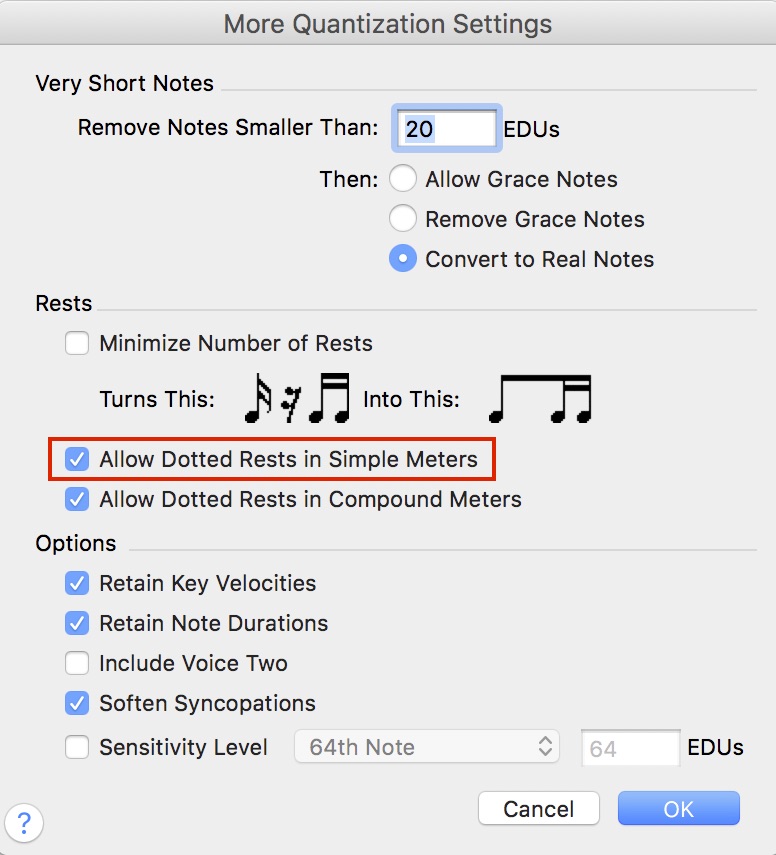 Click OK twice to exit the dialogs. The other key to this riddle is to select your passage and head over to Utilities > Rebar > Rebar Music.

Like magic, the passage is transformed, just as intended:

It’s one of those great magical mysteries of Finale, where using MIDI and rebarring music tools had nothing to do with, uh, MIDI or rebarring music. But, I’m very glad it’s possible to accomplish this task, all the same!

Thanks to John Blane for the tip!

In this installment of DJA's Notes by Darcy James Argue, we learn the basics of well-prepared lead sheets, scores, and...