Sibelius’s magnetic glissandi, long overdue and finally introduced in 2017 in the Sibelius 8.6 release, automatically snap to notes and are much easier to create and position than the old-fashioned glissandi lines.

You can easily toggle the style of a magnetic glissando line by changing its Slide style in the Inspector > Lines. The default options will appear here, as well as any other glissandi lines you’ve created by duplicating an existing style.

What’s more, you can change the playback style of a glissando or disable its playback entirely without affecting its notation.

Change the playback of a glissando

You may not realize that the playback properties of glissando lines are controlled in the Inspector, too, in the Playback section. They’re found in Gliss / Rit / Accel:

For example, a trombone’s default glissando type is Continuous: 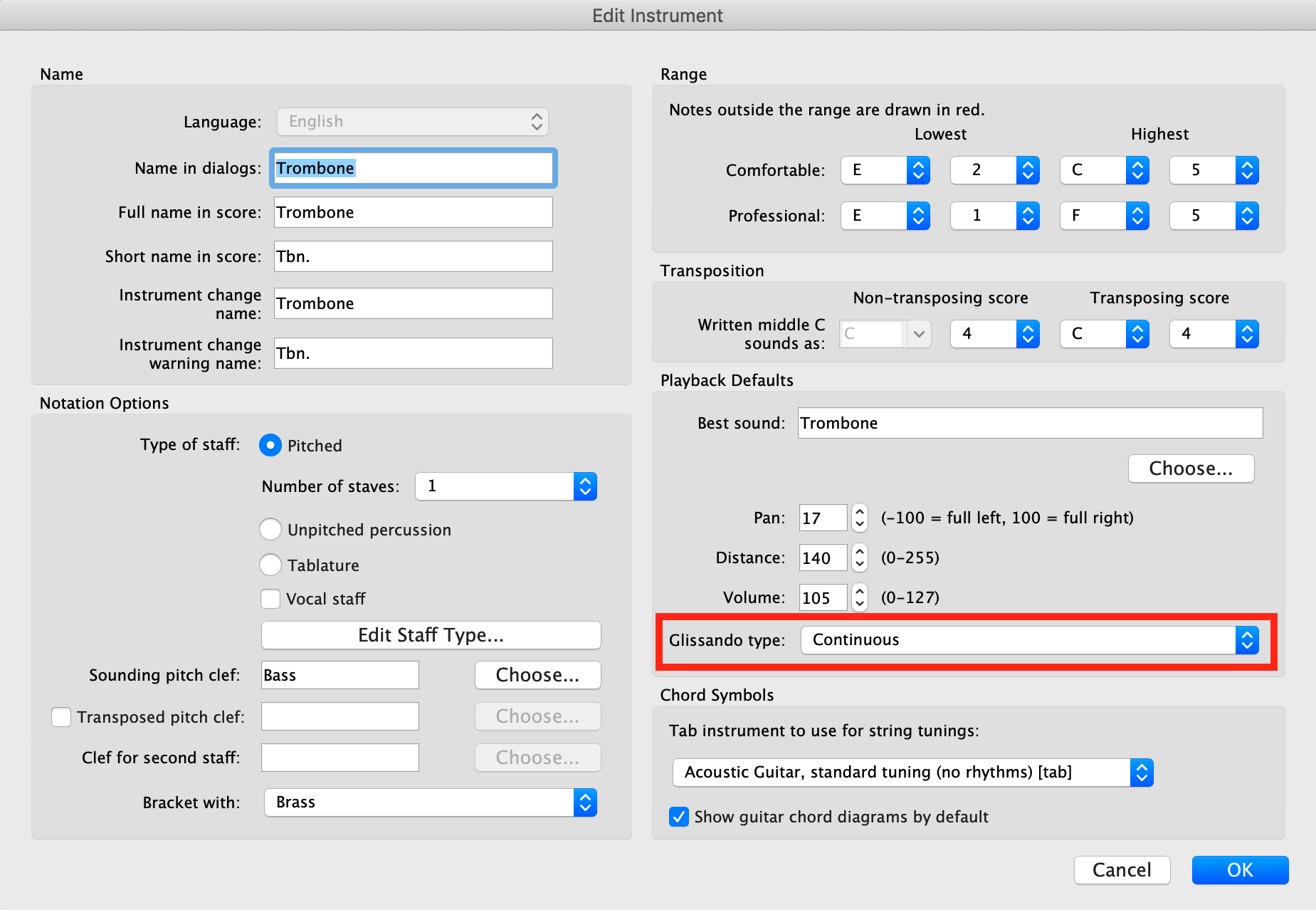 A flute, on the other hand, has its default Glissando type set to Chromatic. For a piano, it is White notes.

Whatever the default may be, you can always override it on a case-by-case basis by selecting an individual glissando and changing its Gliss / Rit / Accel property in the Inspector.

Disable the playback of a glissando

If you wish to disable playback of a magnetic glissando completely, this is done in the Inspector > Playback as well. Simply set the Gliss / Rit / Accel to None.

An important tip: do not turn off Play on pass for the line (the pre-Sibelius 8.6 method of disabling glissando playback) or the parent note will be silenced as well.