In my last post I touted Sibelius’s Compare feature, with which you can get both a detailed list and a visual representation of the differences between two versions of the same score, even if the scores are separate Sibelius files.

A useful complementary plug-in to that feature is the Calculate Statistics plug-in, which ships with Sibelius. Originally written by Bob Zawalich, it can quickly analyze a score (or a selected portion thereof) and provide a wealth of quantifiable information about its contents.

To use this tool on the entire score, simply run the plug-in, located at Home > Plug-ins > Calculate Statistics without making a selection.

Calculate Statistics can run on a folder of scores as well, if you select Process Folder…. (Note that in Sibelius 7 and higher, you won’t be able to run the plug-in without having at least one score open, despite what the dialog says.)

Even on large scores, the plug-in efficiently processes the music and gives a useful readout of its contents: 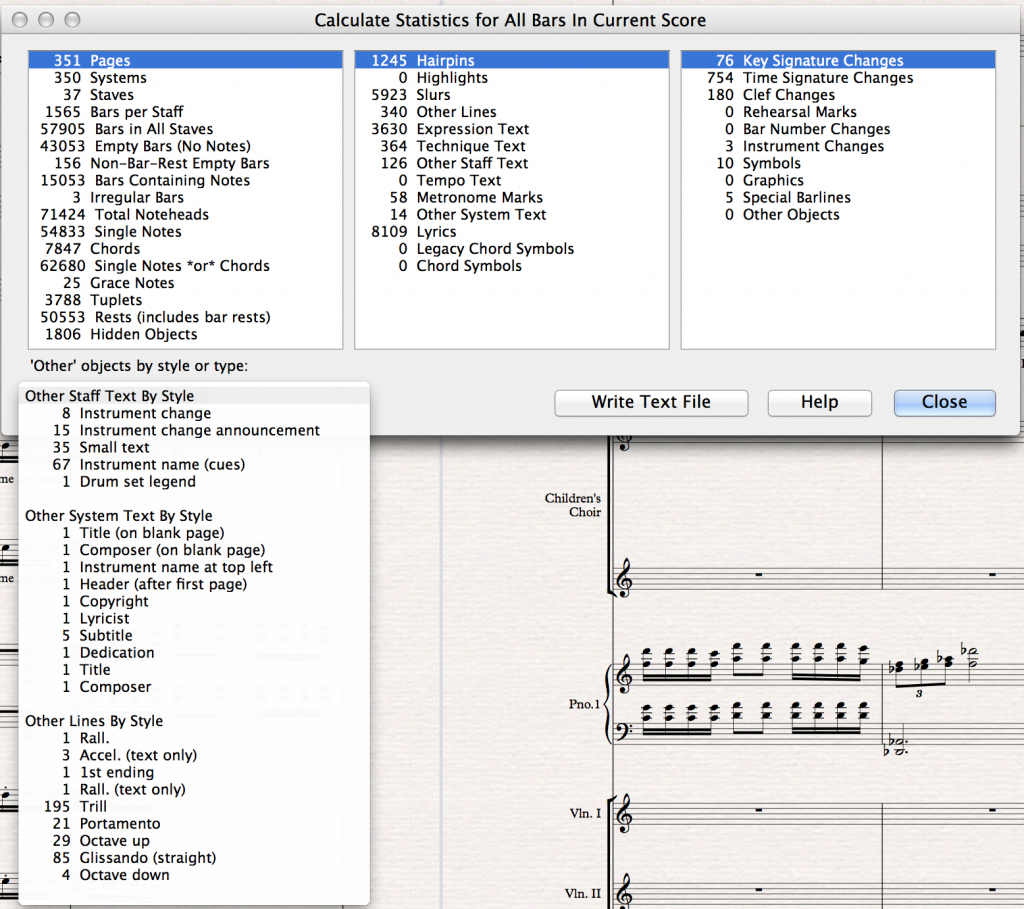 The items are self-explanatory, but if you click Help there’s some more explanation about the terms used: 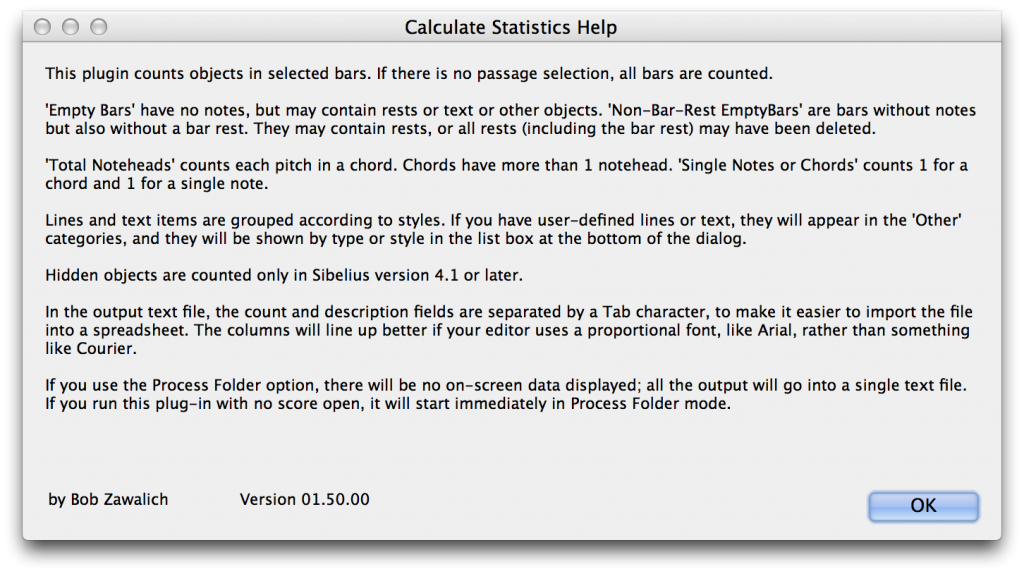 What’s more, you’re able to export the results as a text file by clicking Write Text File. From here, you can easily open these results in a spreadsheet (thanks to the fields being separated by a Tab character), and by adding basic formulas of your own, compare two or more versions of a score, like I’ve done here: 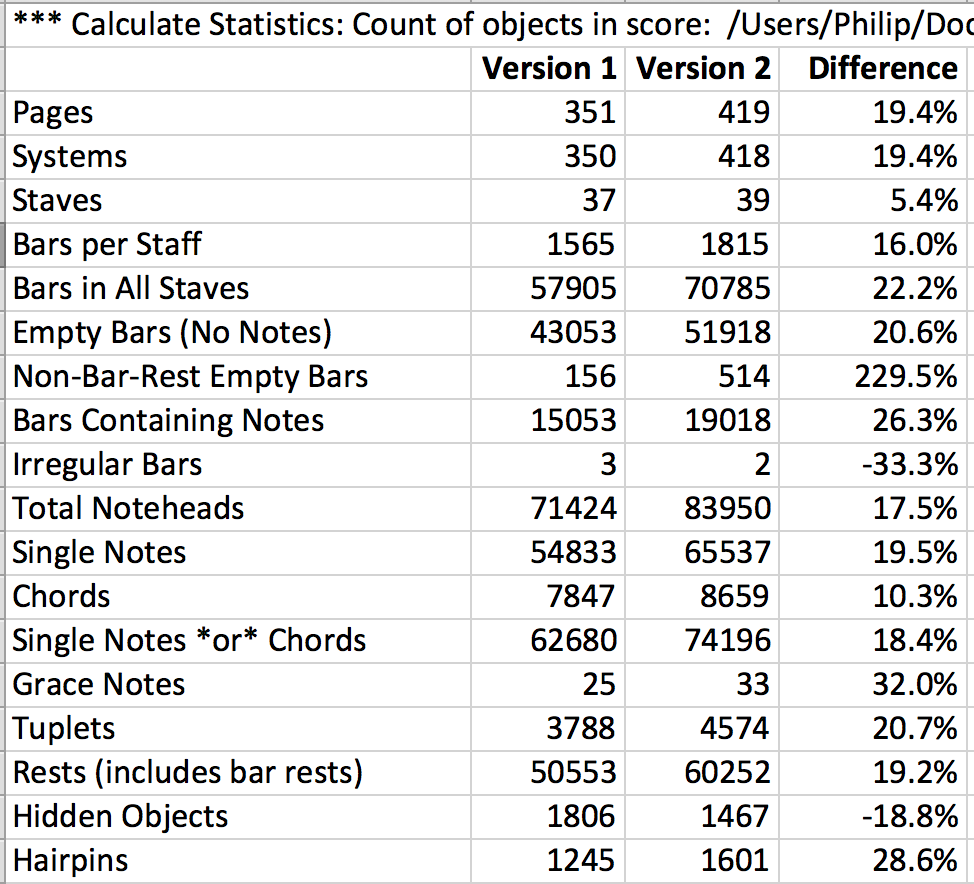 How you use Calculate Statistics is up to you, whether it’s in conjunction with the Compare feature or on its own. In the above example I’ve compared two versions of a score, but you could just as easily run stats on, say, the proportion of grace notes to regular notes in the score, or the number of tuplets relative to the total notes in a score, or even just to get a clue as to how many unique items like instrument changes or graphics you need to contend with. It can certainly come in handy if you need to figure a copying bill based on various items.

Do you use this plug-in? Or will you now that you know about it? If so, how? Let us know (along with any other similar plug-ins or tools you find useful) in the comments!