In Sibelius, if you choose an octave line, you’ll be presented with one of four options:

If you’re an engraving stickler, though, these humble stalwarts of music notation will leave you feeling frustrated for several reasons.

Let’s see what Elaine Gould prescribes, in her music notation reference Behind Bars: 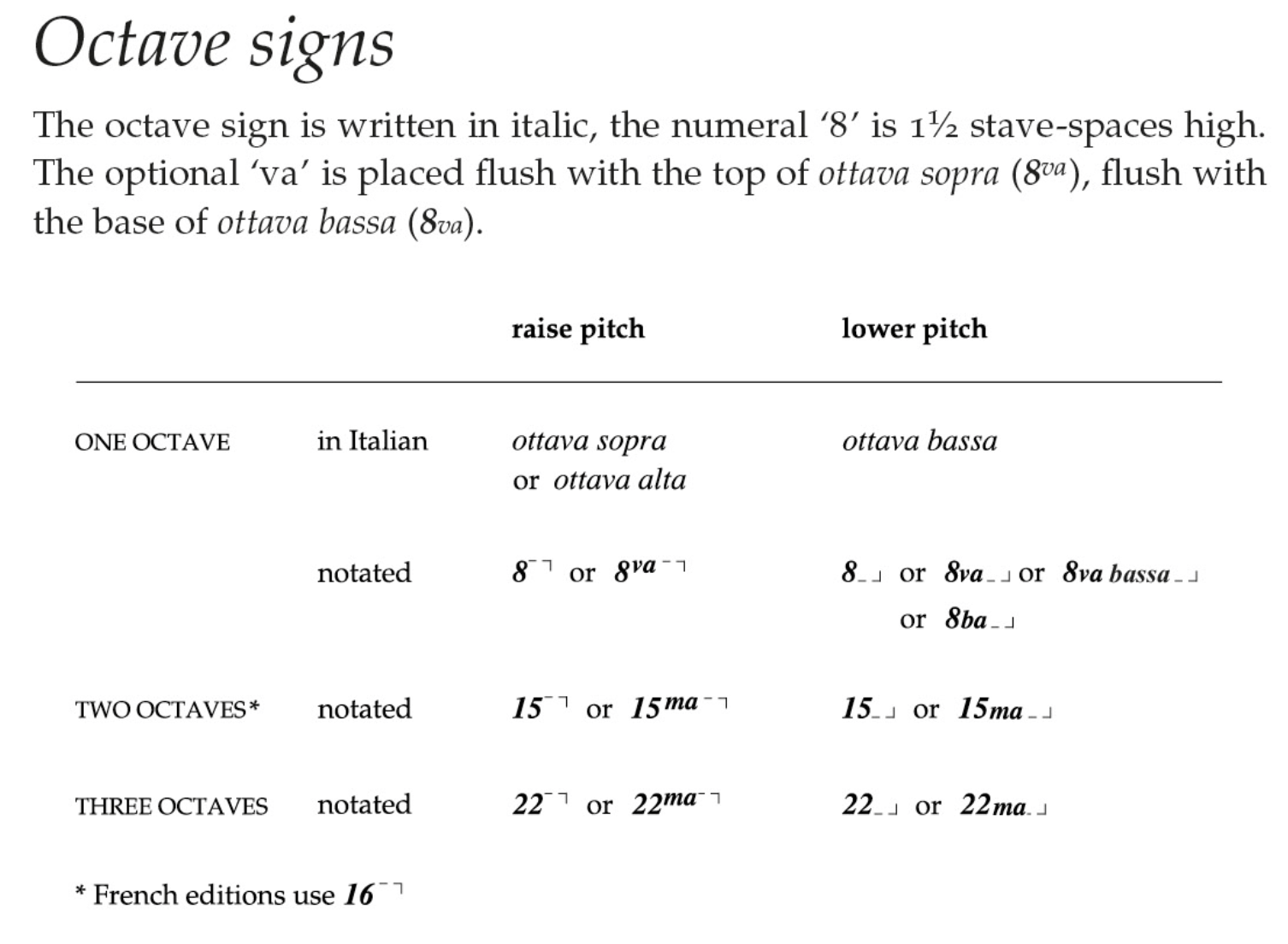 The use of these suffixes provokes some spirited debate, but if you want to “go with Gould”, you’ll need to find an alternative to the Sibelius defaults.

Probably the easiest solution is to simply replace each of the suffixes with their numeral-only counterparts: 8 for the octave line and 15 for the two-octave line. In nearly all instances, the position of line relative to the numeral and the staff, and the direction of the closing hook, will clearly indicate the meaning of the line and whether it’s intended to convey transposing the music up or down.

In Sibelius, go to Notations > Lines > Edit Lines… and choose the line: 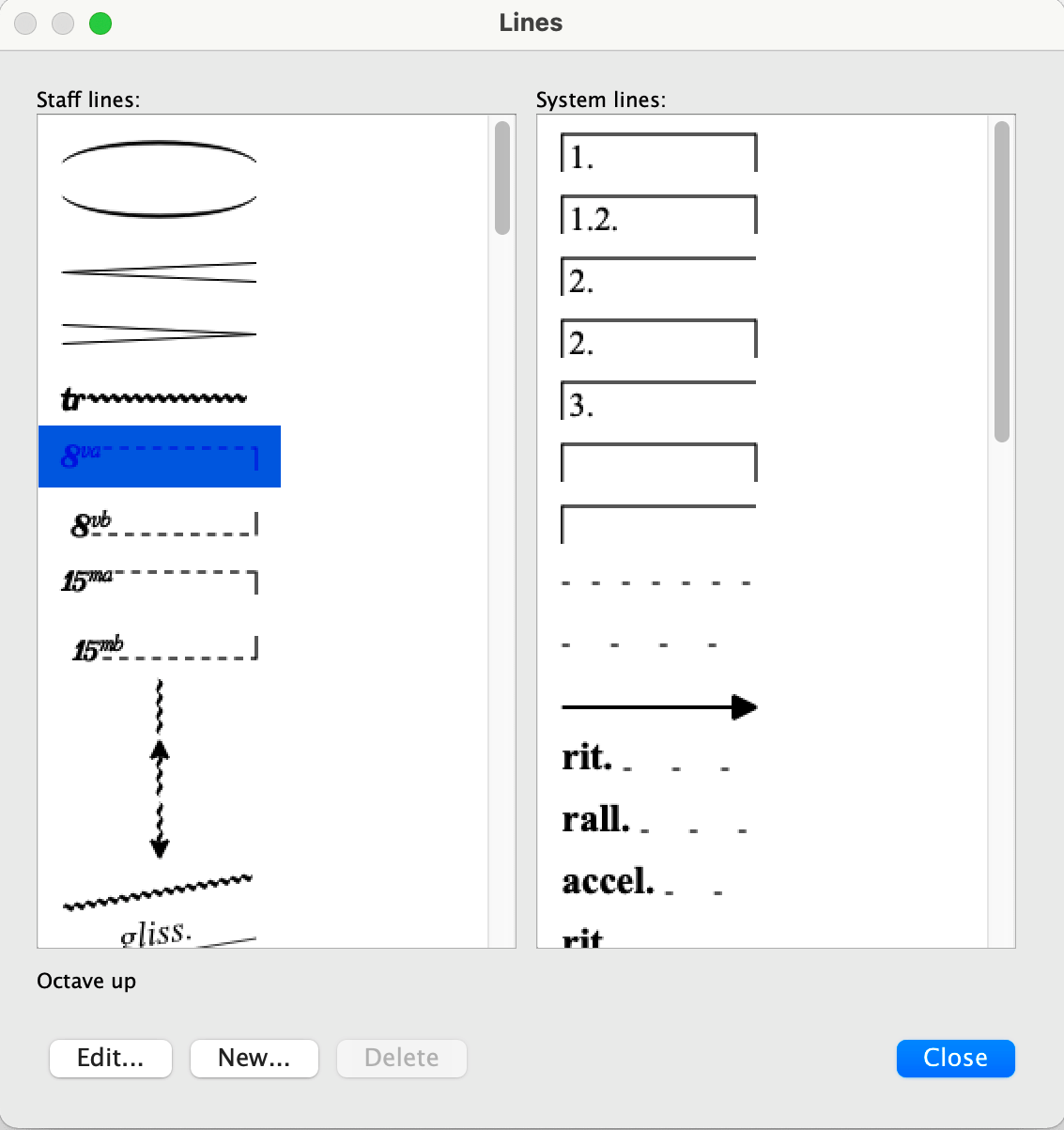 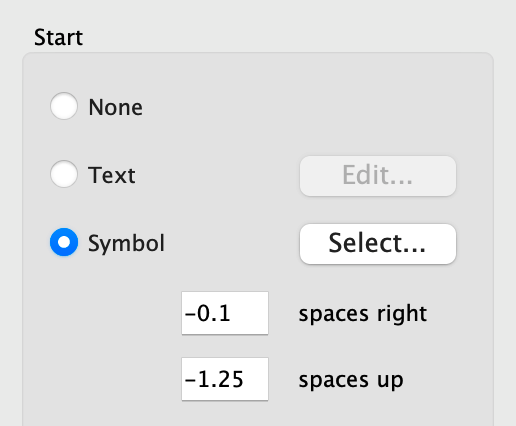 The symbol selection dialog appears. You’ll notice the version with the suffix selected by default. Instead, choose the numeral-only version to replace it:

You’ll see the change reflected in the preview window: 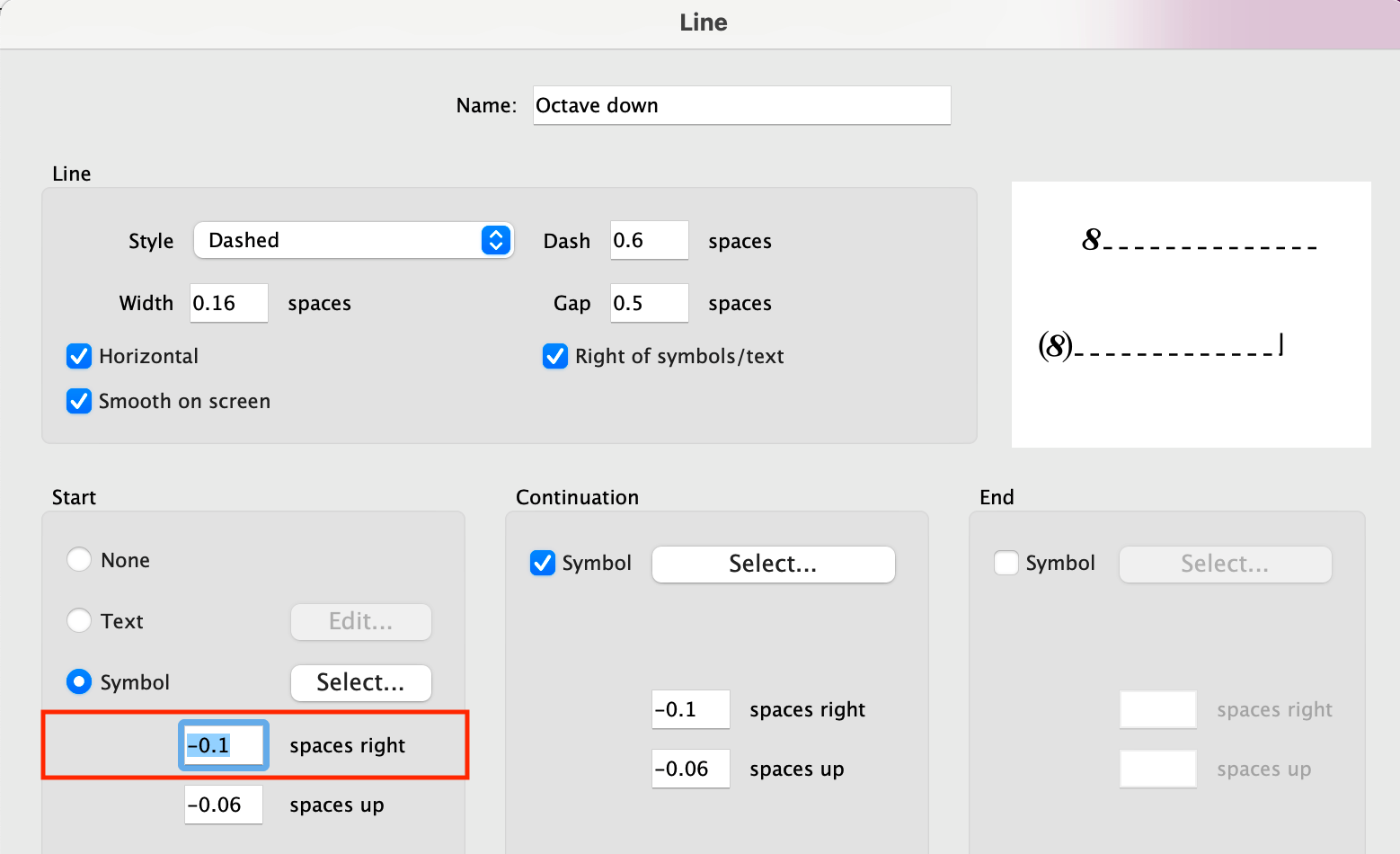 If you look at the Gould examples, you’ll notice that there is never a “dangling hook”; that is to say, an ending hook that doesn’t have a squared-off bracket.

However, look in Sibelius, it’s all too easy to create such an unfortunate occurrence:

One option is to simply obsess over the position of every line to make sure a hook appears.

In our Scoring Express templates, however, we’ve devised another solution: a symbol for the octave up and octave down hooks that replaces the one drawn by Sibelius. 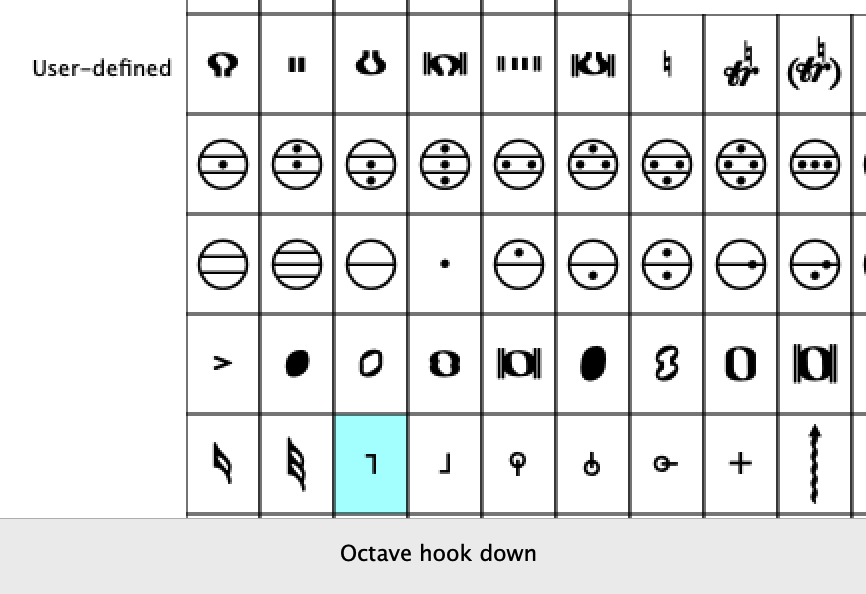 You won’t find any such symbol in the Sibelius default fonts; these symbols are part of the Special Symbols II font created especially for the Norfolk fonts, and used in all of the Scoring Express templates.

Oh yes, and if you want some more options for your lines? I’m particularly pleased with the octave lines included beginning with v.1.2 of Scoring Express, where we have alternate options for octave lines that use the correct suffix.

With your stickler’s eye, you’ll notice that these octave down suffixes are all aligned at the bottom, flush with the line:

Let’s remind ourselves of those Sibelius defaults again:

Which one do you prefer?

Of course, you can achieve these settings yourself in Sibelius by carefully adjusting all of the positioning settings for each of the symbols, and creating new lines. But these are all set up correctly in Scoring Express, with zero configuration required.

And yes, we have them in the Scoring Express Jazz templates, in both Norfolk (engraved) and Pori (handwritten) versions:

Shall we talk about trills?

Maybe some other time. But a video from echoes of Sibelius past provides some clues!

Here's how to change the default appearance of octave lines in Finale and Sibelius, if, for instance, you'd like the...