This blog post is written by Bob Zawalich, composer, guitarist, software designer, and creator of hundreds of useful plug-ins for Sibelius. In this post, Bob reflects on the past year of Sibelius plug-in development.

On a personal note, I would like to thank Bob for all of his guest posts to the blog over the past year, and for his continued selfless help and support of the Sibelius user community through his plug-in development and general assistance.

For a year-end review of our coverage on this blog, please read our 2016 year-in-review published earlier this week. — Philip

This year, 19 plug-ins were published to the plug-in download page, and were made available for free download. Six were written by Kenneth Gaw, one by Tom Curran (welcome to the published plug-in writer’s club, Tom!), one by Hans-Christoph Wirth, and 11 by me. Many of these plug-ins have writeups on the Sibelius Blog or Of Note, and I have linked to those posts in the table below, which is in the order that the plugins were written.

This is a relatively small number of published plug-ins compared to previous years. There have been no new shipping plugins (the last shipping plugin was released in Sibelius 7.0 in 2011) and no new features have been added to the ManuScript language in the releases of this year. One consequence of this is that the new plug-ins are available in English only, since the volunteer plug-in authors do not have the resources to translate plug-ins into the various languages supported by Sibelius.

This year Philip Rothman took over the maintenance and publication of my alphabetized list of plug-ins, and it is now available on the Sibelius Blog. The list can be sorted in different ways, and can be very helpful when you are looking for the category of a plug-in when you want to use the Sibelius Plug-in Installer at File > Plug-ins > Install Plug-ins. Many thanks to Philip for keeping this resource available.

I would like to discuss some of the plug-ins I wrote this year and the contexts in which they were written.

I wrote a few plug-ins just for the fun of it. Dot Undot Rhythm was written after seeing Daniel Spreadbury’s cool description of how Dorico would be able to change a set of notes to be dotted pairs. I figured if they could do it, then it was possible to do, and I set out to write something like that as a Sibelius plug-in. I asked Daniel’s permission to steal his idea, and he granted it to me. The link above will take you to a discussion of this plug-in.

Clipboards, which lets you set up a number of internal clipboards to copy to and paste from, was also an interesting challenge. I had to figure out a way to store data persistently after a plug-in stopped running (which does not work for actual clipboards), and I surprised myself by accomplishing it.

Beamed Note Groups came, as plug-ins often will, out of a discussion on the Sibelius tech forum, when I decided that this was a problem that could benefit from automation.

This year I wrote a book, Notating Music for Harp in Sibelius, which is available for free download from my website, and this led to a number of side projects to support the book. The main project was creating and publishing a new font, Norfolk Harp, with symbols designed for pedal harp notation. This became a community project, with invaluable help from Robin Walker, Philip Rothman, and Daniel Spreadbury. You can read about the font at Norfolk Harp, a new addition to the Norfolk font family.

To help implement some harp notation, I wrote Harp Gliss and Octave Notes, Harp Gliss Playback, Trace MIDI Messages, and Hide MIDI Messages. I also came up with the idea for Curated Plug-ins, which can provide a number of related plug-ins that can be installed at once, and this led to the new plug-in My Plug-ins and an update to Install New Plug-in, which can now import an entire folder of plug-ins. You can read about Curated Plug-in sets at Working sets, My Plug-ins, and Curated plug-ins in Sibelius, and find some examples of curated sets at Curated Sibelius Plug-ins.

Install New Plug-in was too slow to be useful when installing several plugins. I noticed that it was writing out text files one line at a time, and I experimented with combining the lines into a single line and doing a single disk write. In my experiments, one file that took 18 minutes to create now took 2 seconds!

I wrote about this to the Plug-in Developers mailing list, and Martin Marris said that he did something similar, but set up blocks of specific sizes because very large blocks got slower. I incorporated his ideas and now speed was not a problem for Install New Plug-in. Martin wrote to Michael Good, who invented MusicXML and wrote the Dolet plugin. Michael implemented this idea and now Dolet is also significantly faster.

Some plug-ins are written as workarounds for bugs in Sibelius.  Add Rehearsal Mark Plus Double Barline and Adjust Start Repeat Barline fall into that category. These are plug-ins that I hope will soon be obsolete, but can be useful until the bugs are fixed. 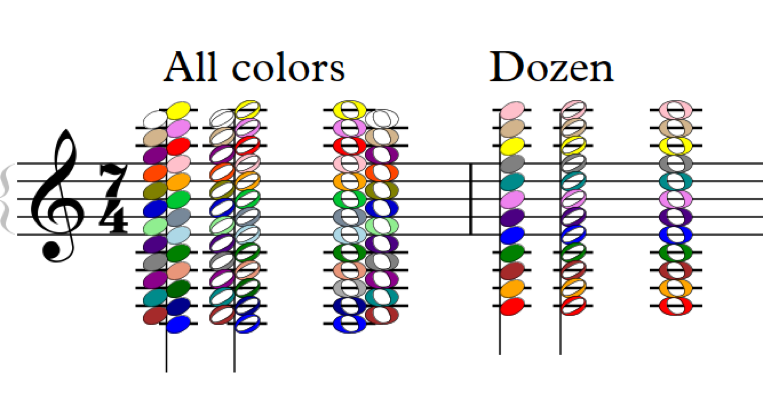 One last issue I encountered this year was that of Orphan Plug-ins. Plug-ins on the download page are written by and donated by Sibelius users, who also hold the copyrights on them. Sometimes a plug-in will have bugs or will stop working because of system or Sibelius code changes, and any fix will need to come from the author. I discovered that my Guitar Capo Notation plug-in suite, written in Sibelius 4, no longer worked, and so I rewrote the plug-ins, and updated some scores and house style files.

Sometimes, the author is not available to make changes, and thus the plug-in is orphaned.

Some of us wanted to publish Create N by M Tuplet, written by Hans-Christoph Wirth, but Hans-Christoph was no longer doing work with Sibelius. I was able to contact him and get his permission to update and publish his plugin.

I also wanted to make some changes to Ian Cugley’s venerable plug-in Harp Gliss, but this was complicated by the fact that Ian passed away several years ago. I tried to get permission from his family to make some updates, but this eventually fell through, so instead I wrote a new version of the plug-in, Harp Gliss Playback, from scratch, trying to maintain the spirit and design of Ian’s plug-in without using his code.

So that’s it for 2016. Thanks to Kenneth, Tom, and Hans-Christoph, and to the friends and Sibelius users who inspired and tested and provided feedback or assistance for these projects. All the best for 2017!