Today Avid released Sibelius 2018.11, the latest update to its music notation software. There are no significant new features in this release, but to call it an insignificant update would be incorrect. Sibelius 2018.11 has been rewritten in the latest version of the Qt application framework that provides the cross-platform tools necessary for the program to run on Mac and Windows, while still being native to each operating system. There are a number of other fixes and improvements in 2018.11, as well.

For some context, the last major rewrite to Sibelius in this way came with Sibelius 7, released in 2011. That release used a version of Qt 4, which dated back to 2005, and had not been officially supported for several years.

It’s about the infrastructure

Gritty “under-the-hood” work is often hard to achieve. It’s difficult to get excited about, and the benefits aren’t always immediately evident.

Let’s say you’re going on a trip by road or rail. You might find the roads bumpy, the bridge old, the signage worn and hard to read, the lighting dim, the track signaling antiquated, the stairs heading down to the train platform are rickety, and so on. Everything works and you get to your destination. But for those that have to maintain all the elements of the infrastructure along the way, it’s becoming increasingly difficult — perhaps the are no spare parts for the aging signal equipment, and the light bulbs are outmoded. A fresh coat of paint and filling a few potholes aren’t going to cut it. 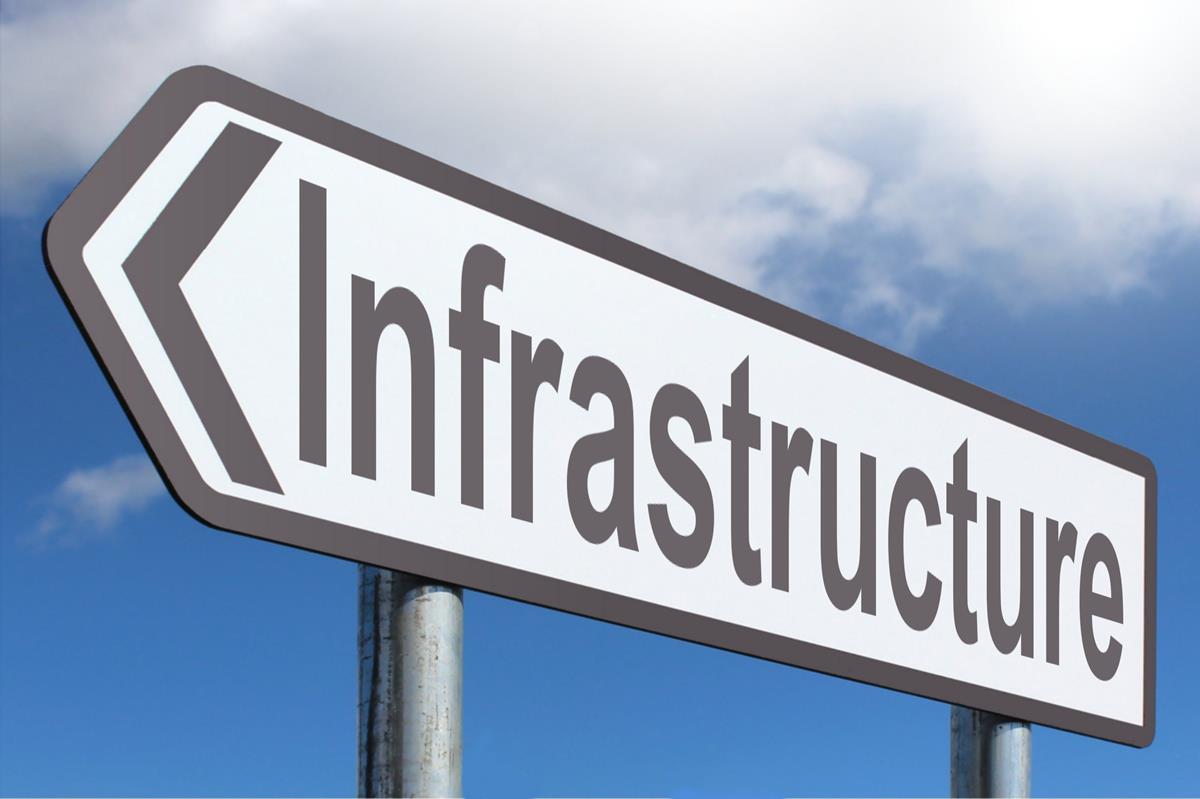 A true infrastructure project would mean that the road and bridge gets completely rebuilt, completely new and easy-to-read signage is installed, modernized lighting is retrofitted, the signal system replaced, and the stairs refinished along with a ramp and elevator for better accessibility. Oh, and, all the while that the infrastructure project is happening, service still needs to be provided for travelers without interruption.

After the project is completed, the everyday traveler may not even notice; after all, you still get from point A to point B, maybe with a slightly smoother ride or slightly faster trip. But now the investment has been made to ensure that the journey is more easily maintained for the long-term, allowing for future improvements — not to mention that people with disabilities have been given much greater access to services, benefiting everyone in the process.

The Sibelius 2018.11 release can be thought of in a similar way. When you open and use Sibelius 2018.11, not much will have changed for most users in terms of how the program looks or works. But you’ll be working on a Sibelius that is built on Qt 5, the latest version of the application framework (and the same one that is used in Dorico).

In Sibelius 2018.11, text appears sharper, scroll bars are defined by your operating system, and dialog boxes look better. Sibelius product manager Sam Butler, in his post announcing the release, provides a number of examples illustrating the subtle differences, such as rounded corners in Sibelius panels on the Mac.

Keep in mind, it’s not as if the Sibelius team worked for months on rounded corners because they thought it was a terribly useful feature; that and many of the other improvements are instead natural results of upgrading to the Qt 5 framework.

A more practical improvement with immediate value is seen on Windows setups with high resolution displays that use DPI scaling. The score editing screen, Mixer, Ideas, Video, and Navigator panels all suffered in 2018.7 to the point of unusability in these configurations. Many dialogs and pop-up windows were also badly rendered.

Performance is also improved. Individual results will vary based on hardware and software, but product designer Joe Pearson says that users on certain Macs can expect “improvement of around 15% in performance when navigating the score when compared with 2018.7…tested by measuring the display refresh rate using a tool called Quartz Debug.” My tests largely bear this out; there may be an occasional action which feels slower, but on the whole a 15% improvement seems like a reasonable and accurate claim. Having worked with several pre-release builds, I can say that this was an area in which a lot of progress was made.

Video engines on 2018.11 have been replaced; on Windows, Sibelius uses DirectShow for QtMultimedia, and on Mac, the QuickTime framework (which is no longer being developed) has been replaced with AVFoundation. According to Avid, “this change may require you to re-encode your videos to one Sibelius now supports, or install the necessary codecs to play the video.” I noticed a few video display bugs in 2018.11; namely, for at least one of my videos, the video frame didn’t sync properly with the transport display, so there may be some further refinements needed here.

Upgrades of this sort aren’t easy; Sam Butler said in his post that “the development team have been chipping away at this herculean effort for more than two years,” and called it a “relief” to finally release it.

When I followed up with Sam further, he told me: “This release has been a huge task and one we’re really proud of. It’s not a release that’s got big new features, but one with around 400 changes that amount to improvements spanning the whole application, from note spacing to accessibility to UI tweaks. With a modern architecture now supporting the core notation engine and UI of Sibelius, we’re really pleased to deliver this release to our customers.”

Sibelius 2018.11 is a major release for vision-impaired users. In order make Sibelius work with screen readers that assist such users, Avid has had to program text descriptions of the various elements of the score that sighted users take for granted, such as notes, rests, clefs, key signatures, and on down the list.

Visually it may be evident where a selected slur falls in a measure, but a vision-impaired user needs to know quite specifically: “Select, start of slur on bar 1, beat 3 line ending at bar 1, beat 4”. This is the type of information that 2018.11 will convey, along with announcing the current action, such as “Move” note or “Edit” note.

For now, the most useful aspects of this are available only on Windows, either through the built-in Windows Narrator or the third-party (and free) NVDA; Mac accessibility support is more limited.

In his post, Sam Butler has provided more details about Sibelius 2018.11’s accessibility improvements. I was not in a position to test this, but we plan on publishing a separate review of Sibelius’s accessibility features on Scoring Notes in the future.

Broadly speaking, accessibility improvements in general have been shown to benefit the larger public, and one can imagine such features in Sibelius being useful to many users, much as Bob Zawalich’s suite of plug-ins for sight-impaired users is so already.

For the first time, Sibelius can export true monochrome PDFs, which is sometimes necessary for high-end printers. To achieve this, there is a new setting in Sibelius 2018.11 in File > Export > PDF called Include colored objects. Uncheck this to export only the K channel in CMYK. However, due to a limitation in Qt 5 which prevents support for EPS files, Sibelius 2018.11 no longer supports exporting to the EPS format.

When adding or removing notes, Sibelius will now only respace bars with multiple voices when Respace multi-voice passages during note input and editing is checked in Preferences > Note input. Editing articulations or accidentals will not cause the music to respace.

A bug when using Engraving Rules > Notes and Tremolos > Voice position rule > Version 3 where resetting note spacing in a score or single part caused all parts to be respaced has thankfully been fixed.

The correct number of dots is now shown on dotted chords.

Bug fixes and other improvements

There is a fix for a long-time bug (since Sibelius 7.0.0) with printing to a multi-tray printer with various paper sizes. It is now possible to select the proper paper size correctly at print-time. This enables booklet-style and 2-up printing which had previously been problematic with certain brands and models of printer.

More bug fixes and improvements are listed in this post on Avid’s blog.

The Sibelius 2018.11 update is free for all Sibelius users with active subscriptions and upgrade plans. The updated installers are available from users’ Avid Accounts or from Avid Application Manager.

There are no compatibility changes on Windows.

Releases of this sort are thin from a feature perspective. Sibelius 2018.6 and 2018.7 brought some modest enhancements, but it’s been nearly eight months and counting since 2018.4, when major new features were last introduced to Sibelius.

Given the task at hand, that’s understandable. And, to refer back to our earlier analogy in which infrastructure improvements must be done without disrupting existing service, Sibelius 2018.11 had to be written so that its great many users could open their existing work on the new version without missing a beat. Making sure that Sibelius files look and work the same on 2018.7 and 2018.11 was not a small task. Also, 2018.11 files can be saved and opened in versions as early as 8.6 without the need to further export them, although some features may be automatically degraded (like Version 3 spacing).

Still, the updates to Sibelius (and Finale, with its recent v26 upgrade) contrast starkly with those of Dorico, which is rolling out major new features at a breakneck pace, as evidenced by yesterday’s massive Dorico 2.2 update. That’s the advantage of Dorico starting anew and having a relatively small installed user base that largely welcomes massive changes in the program in each release and all the new functionality each update brings. On the other hand, the market dominance that Sibelius currently enjoys is balanced with a responsibility to take great care in any update to support decades of previous files.

That Sibelius is now built upon a modern framework bodes well for the future of the program. Hopefully in 2019 we will see some improvements the likes of which we saw in Sibelius 2018.1 and 2018.4. Sam Butler said that “We’re now in a really great place to bring some exciting features and new workflows to Sibelius in 2019, so watch this space.” We will indeed.

Avid has released Sibelius 2019.12. This year-end update tidies up a number of items such as accessibility, MIDI import, UX/UI,...