Real estate can be a wise investment — screen real estate, in particular. Two or more displays means less time switching between apps and resizing windows, and more time being productive. My desktop setup includes two 30″ monitors, plus a third 21″ monitor in portrait mode.

So when I’m traveling with my laptop, working on even its relatively generous 15″ screen feels like I’ve been taken to Willy Wonka’s television room and hopelessly shrunken to an unacceptable size. I keep yearning for that second monitor to temporarily place a document so I don’t have to endlessly shuffle things around.

I was an early adopter of the Air Display app, which used to require a Wi-Fi connection (recent updates allow a USB connection). The latency and display quirks consigned it to the list of my orphaned apps.

So when my colleague Robert Puff alerted me to Duet Display, a new app developed by engineers who used to work at Apple, I decided to give the concept another try. Duet promises a lag-free connection to your Mac or PC via your iPad’s 30-pin or Lightning cable and USB.

I bought the $16 app from the iTunes store and downloaded the free desktop companion app from the developer’s site (all Macs running 10.9+ or PCs running Windows 7+ are supported). From there, it’s just a matter of opening the Duet app on the computer to install a graphics driver, restart, and connect the two devices.

As you’d expect from ex-Apple engineers, the implementation and execution was as simple as could be, and in no time, my “real estate investment” paid off handsomely. 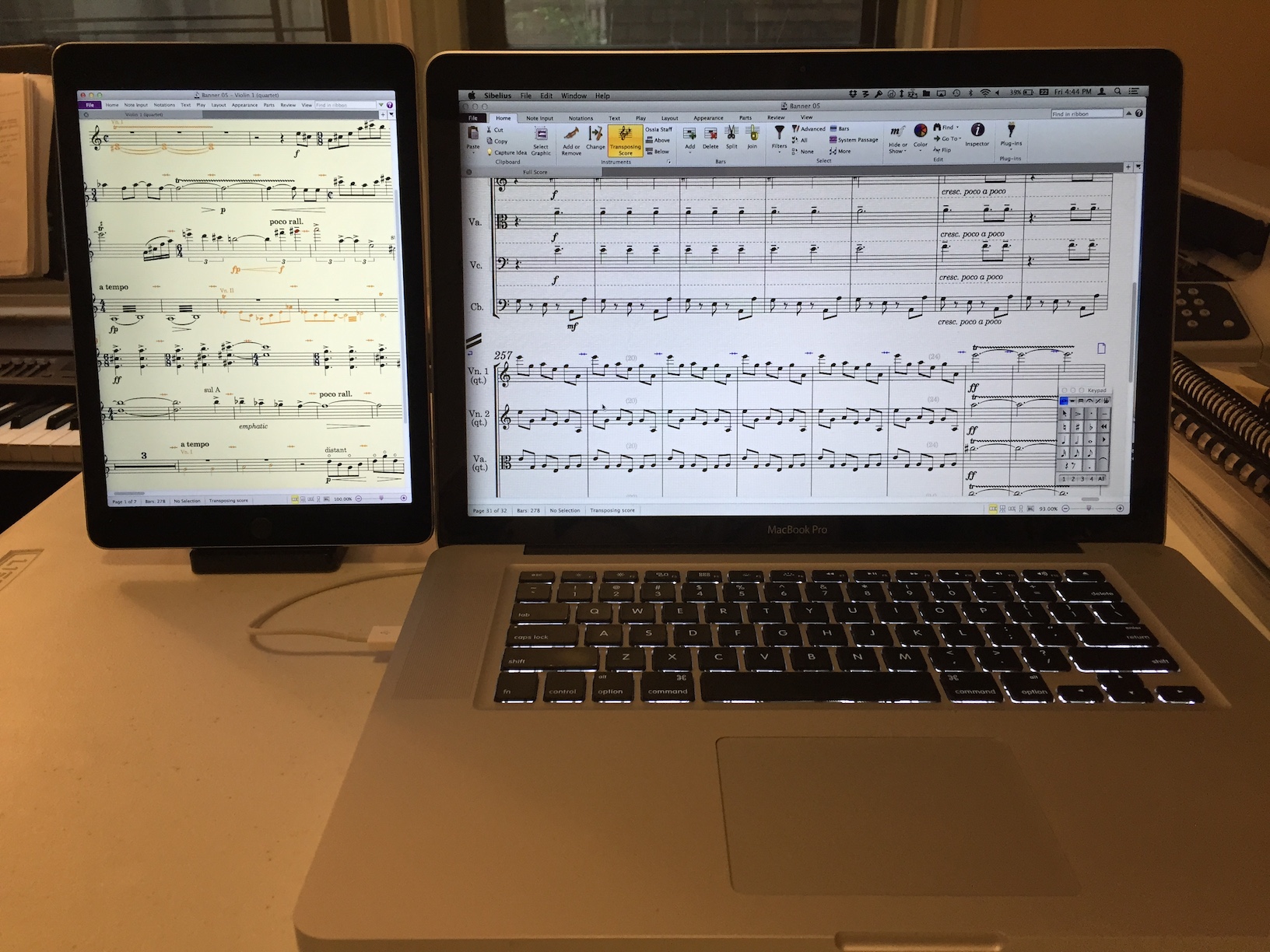 You’ll want to uncheck Mirror Displays in the Displays section of System Preferences, and arrange the screens to your liking. 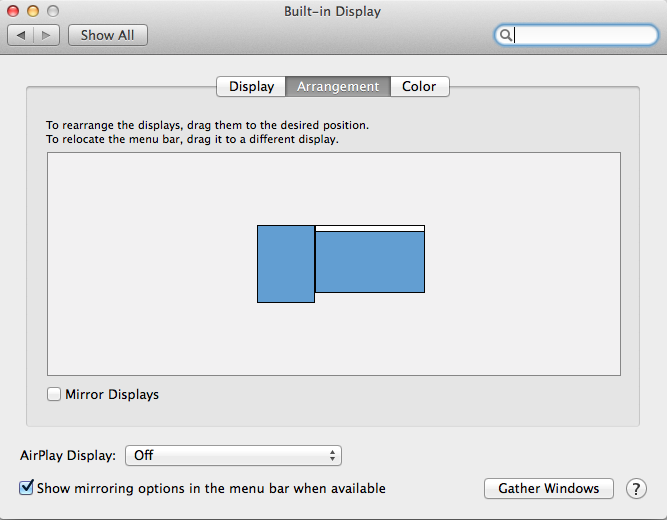 Duet installs itself as a menu bar icon on your desktop, and you have various options to set the resolution and frame rate, which have energy implications you may wish to consider if you’re low on battery power. For my purposes, the regular resolution at 30 fps worked just fine. 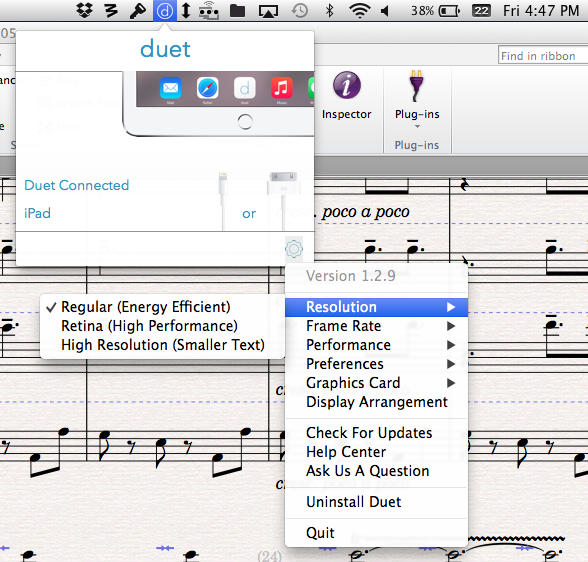 An extra bonus, as I demonstrate in the video below, is that you can use the touch feature of your iPad to control the mouse pointer. To be clear, it’s still not the same as running an app with native touchscreen support — the app is, after all, still actually running on the Mac — but I must admit it was fun to see Sibelius displayed on an iPad and simply touching the screen to move around.

Duet is available for $16 from the US iTunes store; UK users can have it for £12; EU and Australian pricing is €16 and 20 AUD, respectively.

The release of the iPad Pro 2018 edition presents some truly astonishing hardware that has the potential to replace a...

We’re really proud to announce that we have today launched a brand new product for iPad on the iPad App...