Today, Steinberg released Dorico 4.3, which adds a number of features, including more powerful controls in the Key Editor and a robust system for automatically generating notes on staves from chord symbols. Improvements in the areas of engraving, note input, and editing round out this update.

The corresponding update to Dorico for iPad 2.5 is also available now. The iPad update primarily addresses some compatibility issues with iPadOS 16.1, fixes some bugs specific to certain iPad models, and adds a few iPad-specific improvements.

The Key Editor, a MIDI piano roll-style interface similar to what you might use in a sequencing application, was first introduced in Write mode with the launch of Dorico for iPad in July 2021 (only last year!) and was later brought to the desktop with Dorico 4.0 in January 2022. Each successive update added more useful tools to this editor, which you can work with in the lower “zone” of Write mode simultaneous with editing your score in a traditional notation view. In today’s release, the final feature update to Dorico 4, the Key Editor gets even better.

The Key Editor in Dorico 4.3 is now more flexible than it has ever been in the past. Instead of seeing only limited sets of parameters at a time, users can now opt to see as many different lanes of MIDI data as they want by using the new Add Editor button that appears in the bottom left corner. This allows you to see and edit the automations for related MIDI parameters of an instrument like velocity or any MIDI Control Change (MIDI CC) at the same time. You can also add a tempo automation track to the interface as well.

If you’re going to be working with MIDI in this level of detail in Dorico, you’ll also likely want to take advantage of the ability to copy and paste your lovingly crafted automation curves from one instrument to another, which can be a huge time saver for large ensembles. For example, the velocity curve for the violin 1, violin 2, and viola parts are likely to track one another very closely, so it would be easy to draw the curves in one instrument, copy them to the other, and use that as a starting point for any further tweaks.

The lock is accessible via the command Toggle Key Editor Locked View, and if you find yourself working with it a lot, you can assign a keyboard shortcut or alias to it. 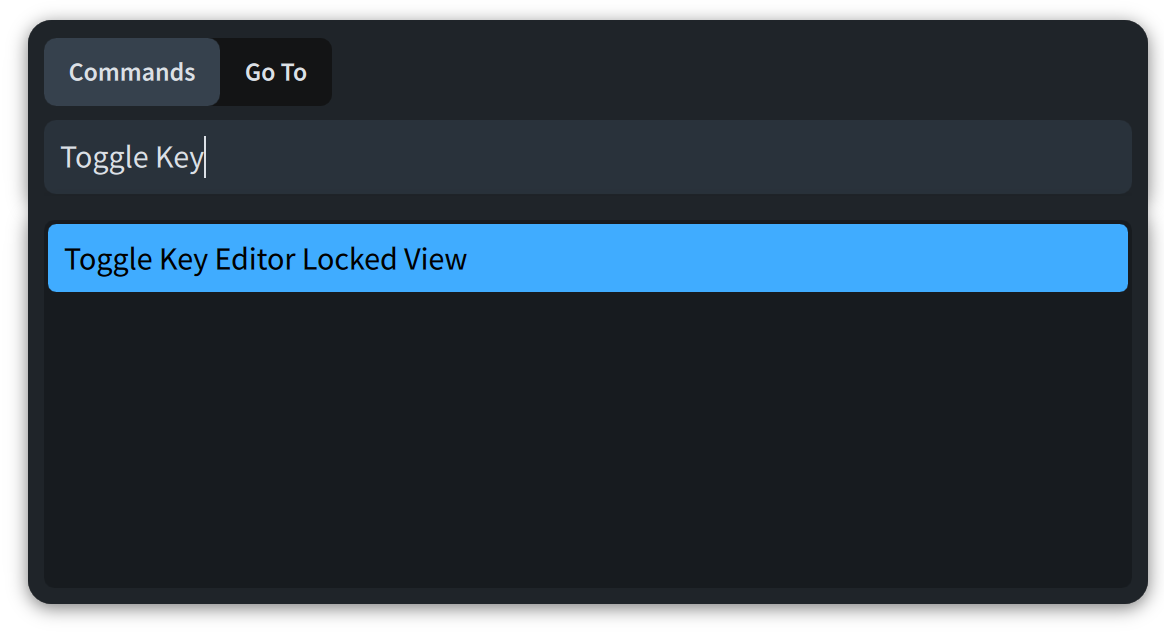 This works the other way, too: make a selection across multiple staves in your score, and invoke the Lock Key Editor to Selection command to open the Key Editor with the selected tracks locked in view.

There are more user interface and user experience improvements to be found in today’s update to the Key Editor.

It’s no longer required to switch the active section between the piano roll and the expression and CC editors; instead, all editors are operational at all times. You can now load any number of editors into the lower portion of the Key Editor and freely resize them, so it’s possible to load editors for velocity, dynamics, and any number of CC lanes as you may need. 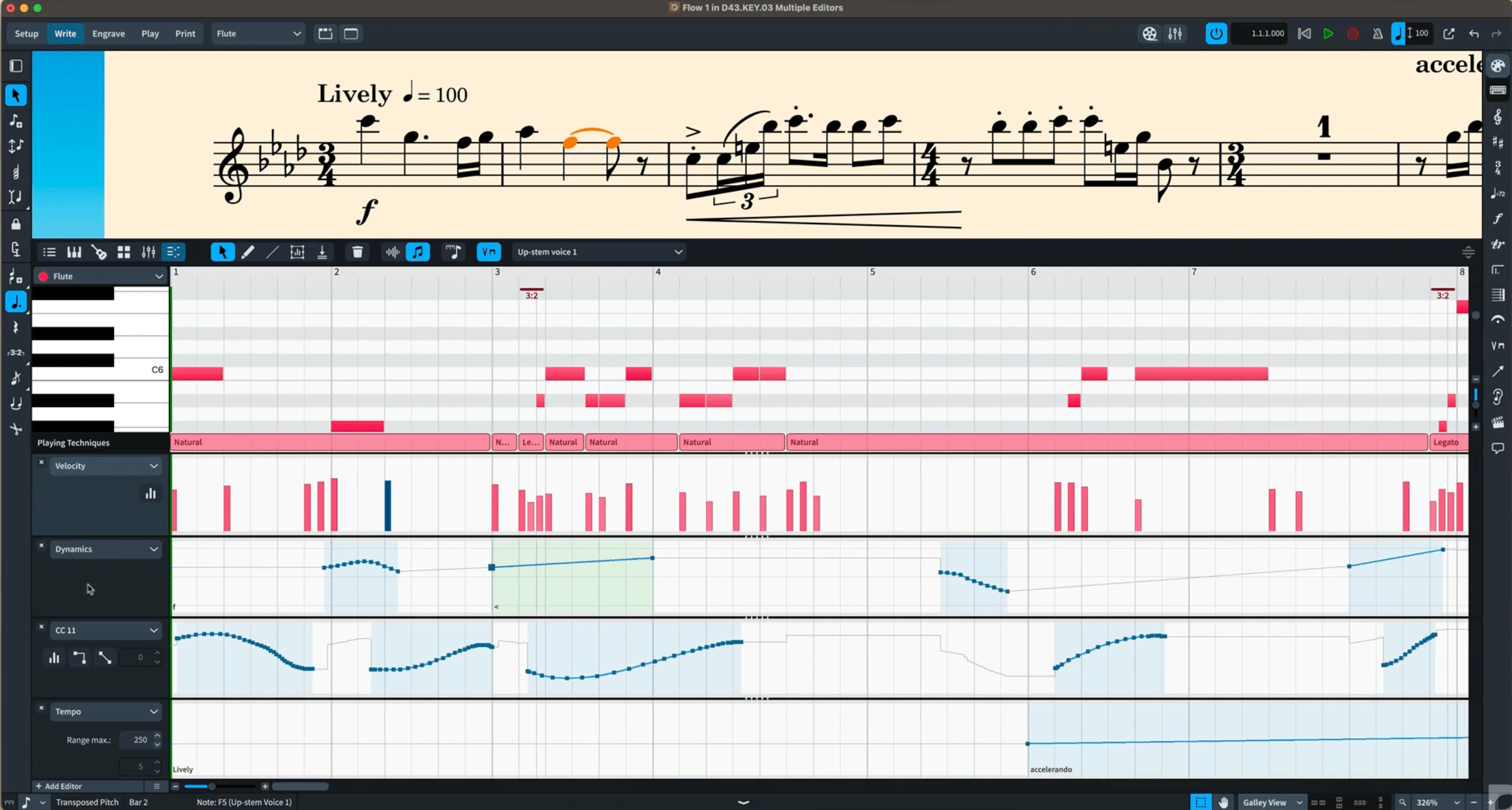 Once you’ve done that, it’s possible to save this configuration and use it in other projects. 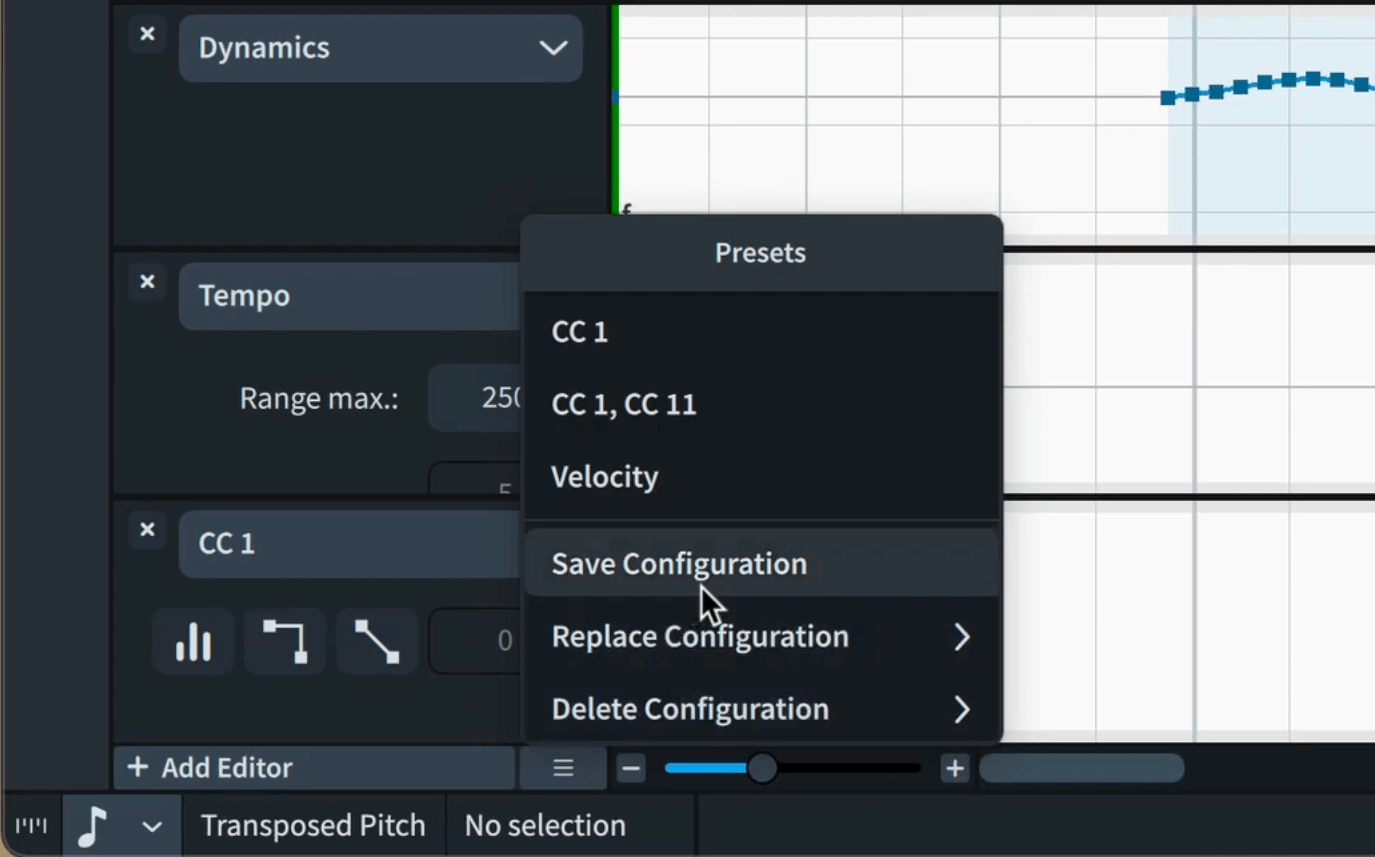 Editing in the piano roll has also become easier, as Dorico will now identify the type of edit you’re intending to make, and prevent unwanted changes of pitch or rhythmic position.

To help speed things along, you can use key commands to switch among the various Key Editor tools: Alt+Shift+1-6, with 1 through 6 corresponding to each tool. To zoom horizontally within the Key Editor, use G and H; to zoom vertically, use Ctrl/Command+Shift+G and H.

These are all different affordances for large projects with a lot of instruments and lot of detailed MIDI tweaks. This the kind of automation (in the workflow sense, not the MIDI sense) and batch processing power tools that have become a Dorico specialty.

The other banner feature of Dorico 4.3 is the ability to convert chord symbols into staff notation simply and instantly while offering a large number of customization options. Previous versions of Dorico have allowed users to go the other direction: select a passage of notated music and Dorico offers a (relatively) reasonable guess at a chord symbol.

Now, the cycle is complete.

If a range of the score has chord symbols associated with it, you can simply select it and go to Edit > Notations > Chord Symbols and Diagrams > Generate Notes From Chord Symbols in Selection (whew, that’s a long trip through menus!). This will bring up a dialog which offers a variety of options for how the chord symbols will be “realized”, including the ranges, voicings, and even how smooth the voice leading should be!

There are a lot of clever features to explore here, but I want to call out a few that I think are particularly useful and well-done which relate to the rhythm of the realized chords. By default, you’ll get block chords that are re-articulated every measure (or every time the chord changes within a measure). That’s a great starting point, but I think most users would likely not want it as a finished product.

To mimic strumming or comping patterns, you can also ask for one note per beat, or even use a custom rhythm, which can be a rhythm already written in the staff, or one that is currently already written in another part. Imagine having written the top line in a horn part and then having the piano play chords with the same rhythm. Even if you’re only working with a piano part, you can write in the rhythm on a placeholder note, only to replace it with auto-generated chord voicings.

I really like this feature for making a quick mock-up for someone who needs to hear something but doesn’t want to hack through the chord symbols themselves. I find the default settings to be mostly pretty good, but users will almost certainly need to do some experimentation. For example, I found that my piano-vocal scores were getting some pretty weird voicings until I discovered that the piano did not play the bass notes by default. That’s probably correct in just about any situation with a true bass instrument, but probably incorrect for most piano-vocals.

The Dorico team have built a reputation for feature-packed updates, and Dorico 4.3 is no exception. Rather than simply paraphrasing the release notes and version history, which is the “bible” for every last bit of new information about new releases, I’ll highlight a few of my personal favorites.

In addition to compatibility and technical updates for the latest iPadOS and hardware, there are the following iPad-specific updates in Dorico for iPad 2.5:

Dorico 4.3 for Windows and Mac desktop is a free update for current registered users of Dorico Pro 4, Dorico Elements 4 and Dorico SE 4 users, and is available now via the Steinberg Download Assistant.

Dorico for iPad 2.5 is available in the App Store. If your device hasn’t already automatically downloaded and installed the update, you can find it in the Updates section of the App Store app on your iPad.

These are free updates for current 4.x users, and they cap off a year of huge strides for the application, particularly with regard to playback controls, batch processing, and flexible controls (like the Jump Bar and Remote Control API).

If you don’t yet have Dorico 4, it’s worth noting that Steinberg’s Cyber Weeks sale is now active. Until November 30, you can save 50% on new licenses, crossgrades, updates and upgrades for Dorico Pro 4 and Dorico Elements 4 in the Steinberg online shop and at selected reseller partners. You can also save 50% on the Lifetime Unlock in-app purchase for Dorico for iPad. (We’ll have more coverage on Scoring Notes of all the Black Friday deals in the notation software universe next week.)

In his post announcing today’s release, Steinberg product marketing manager Daniel Spreadbury said, “With the release of Dorico 4.3, we are planning to close the book on Dorico 4 development and start to look ahead to the next major version of Dorico. We have several interesting irons in the fire for 2023, but we can’t say too much about them at this stage.”

Looking back at the Scoring Notes reviews for Dorico 4.0, 4.1, and 4.2, it’s hard to believe all of the new features that have been added and revised just since January of this year.

Dorico 4.0.30 is out. It reinstates the tempo and MIDI pitch bend editors in Play mode, fixes a performance issue...

Dorico 4.0.20 is out with improvements to the jump bar, a quick tool selector for the Key Editor, and easier...