As an arranger and orchestrator, I’m always looking for more efficient ways to work. That’s what compelled me to change my primary scoring software this past summer: I knew I could produce the results I wanted in Finale, but I was fairly sure I could produce them more efficiently in Dorico. Since the tools are a means to an end and not the end itself, it’s efficiency, not sentimentality, which determines the tools we use.

By efficiency, of course I mean speed. Fewer keystrokes generally translates to faster results. But there’s also the mental toll to consider. Although some orchestrators seem to be able to work quickly and effortlessly, I find the process of orchestration exhausting. The less I have to think about key combinations and multi-step processes, the better.

One of the advantages of both Dorico and Sibelius is that these programs allow users to set custom key commands for a wide range of functions. Finale doesn’t offer program-wide shortcuts, but with a little FinaleScript ingenuity you can get around that limitation to a large extent. If you find yourself repeating a function often, there’s a good chance you can map it to a key command.

Helpful as they are, key commands pose three problems: 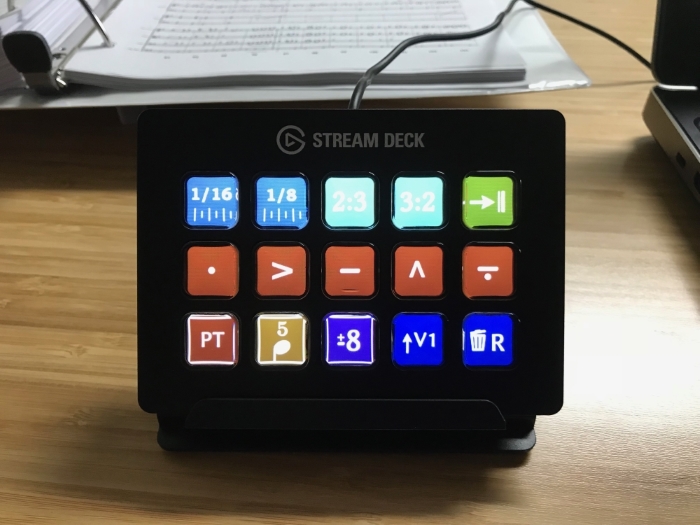 Stream Deck, made by Elgato, is a customizable control surface with 15 keys that connects to your computer. Although it’s targeted at gamers and content creators, it’s totally flexible and suitable for nearly every workflow. The keys display whatever you want them to display, and operate according to whatever key command you assign.

The buttons are physical, which I prefer over a touch screen. The build quality is solid: the device is heavy, with a metal body, not plastic. The device comes with a kickstand for a variety of angles and sturdy rubber feet for a secure fit.

Operation is simple. Connect to your computer via USB and install the software. You’ll get a simple, intuitive interface through which you can completely customize your keys. Drag and drop icons, or create them using Elgato’s online Key Creator. The programmable LCD keys display your icons beautifully, just as you’ve designed them to look.

To create a key, drag in a function from the option list on the right. There are plenty of presets you’ll never use, but here are the ones I use:

Here’s an example of a simple macro I created, which triggers a 2:3 tuplet in Dorico: 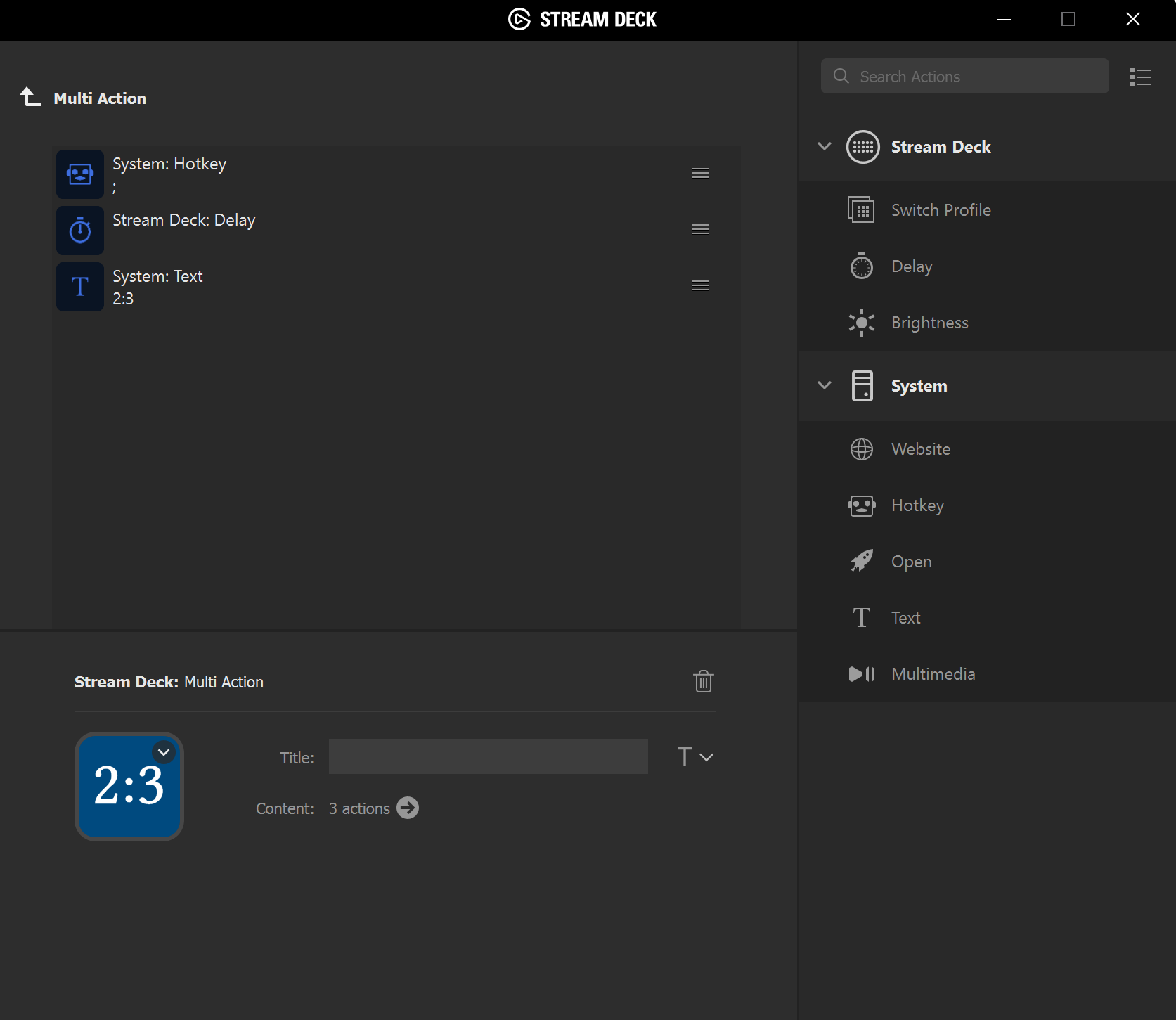 A single keypress triggers the following: 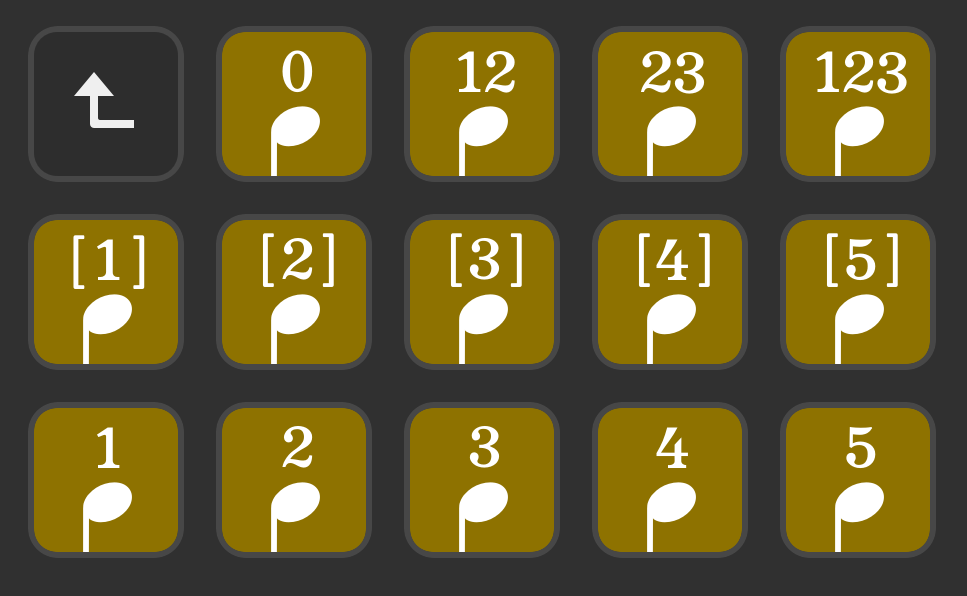 You can use multiple Stream Decks, and create custom profiles for each. You can import or export profiles easily.

You can also stack folders over multiple layers. Here’s the top level for one of my devices: 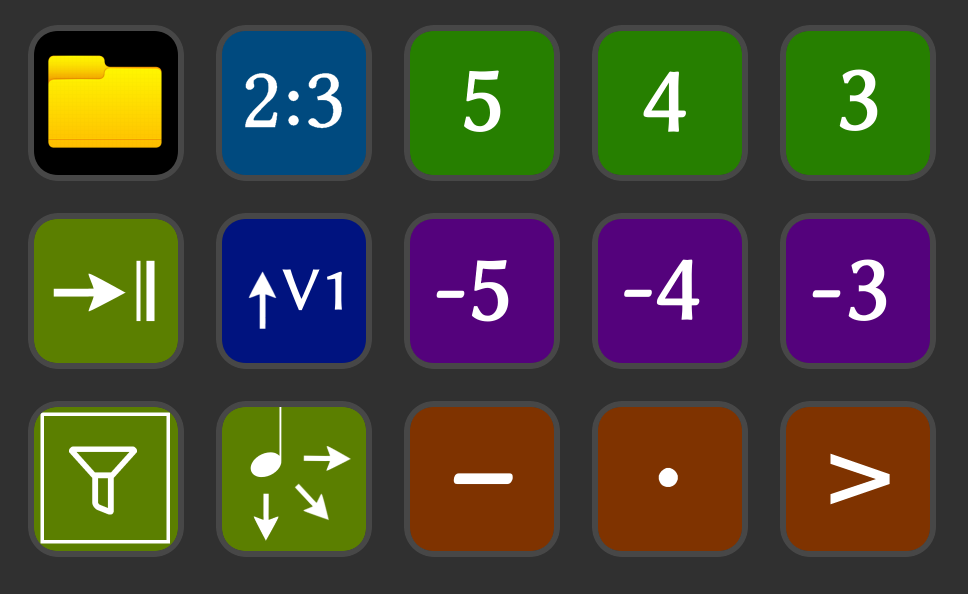 Pressing the folder key on the top left opens up a whole additional layer of folders: 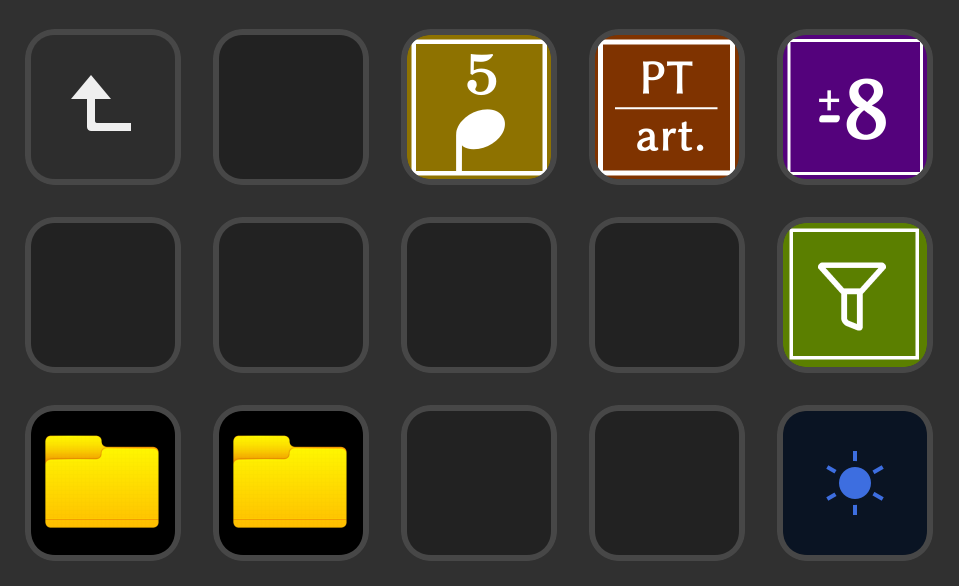 And pressing the “PT/art” icon opens up another folder of playing techniques and articulations, perfect for quickly entering string bowings: 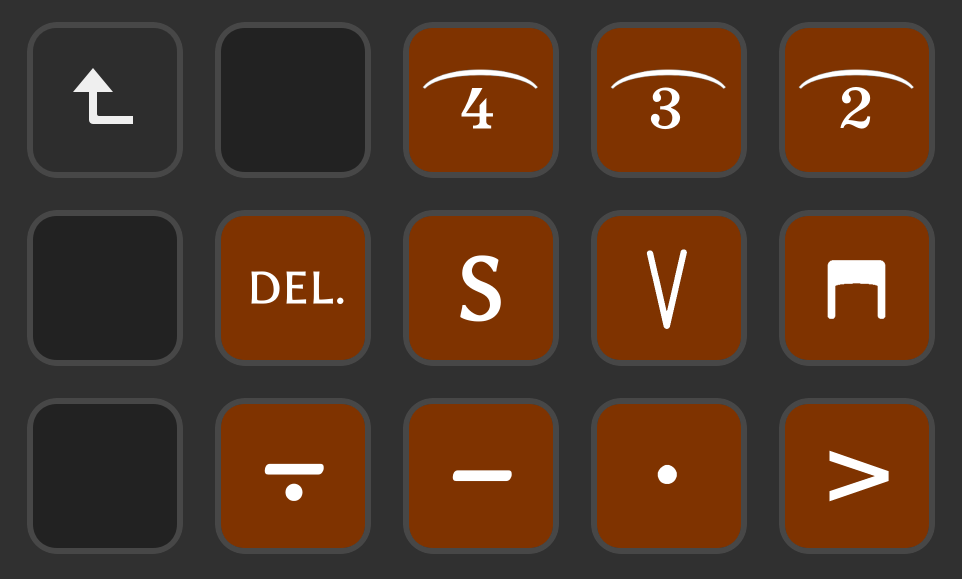 I also have a folder dedicated to one-press intervals above or below a selected note, which softens the pain of losing Finale’s Speedy Entry (which was so good at quickly stacking chords). Honestly, this is at least equal to it: 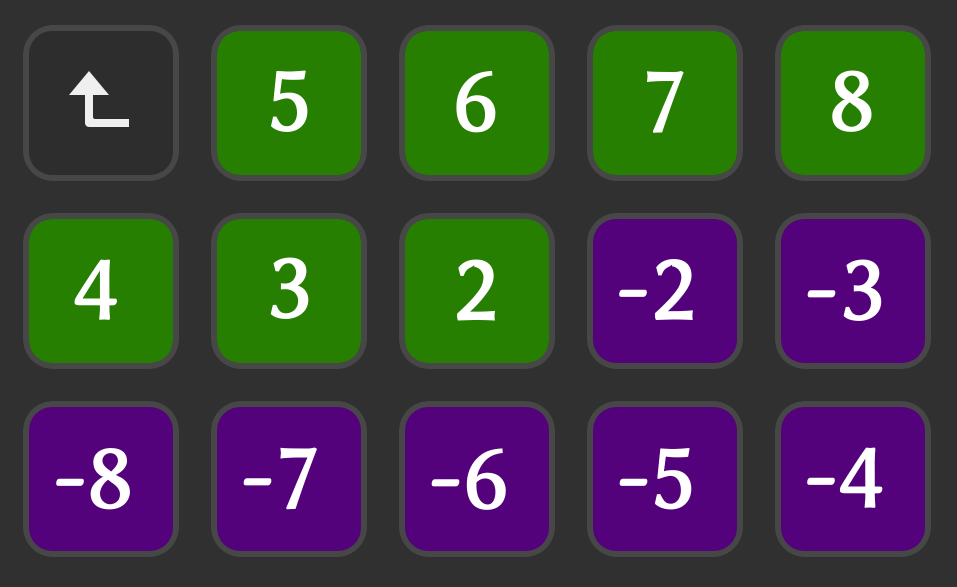 Of course, the greatest strength of Stream Deck is its flexibility. I’m changing my keys constantly by just dragging and dropping them where I want them. I create every key command (with its requisite icon) and store it in the Stream Deck profile, buried in a sub-folder for easy recall if a particular project requires it.

In short: this little device is the best hardware purchase I’ve made… perhaps ever. Here’s to efficiency!

Stream Deck generally retails for around $150 US ($136 at the time of publication of this review) and is available at Amazon and other retailers. Elgato also makes a 6-key version, called Stream Deck Mini, that sells for around $80.

P.S.: Here’s a Dropbox link to the Stream Deck icons I’ve made. Feel free to use and share. I also offer tutoring in Dorico, either on-site for educational institutions or online with individuals.

There's no way to get around note entry. One way or another, you have to get the notes onto the...

Steinberg announced that Dorico, its music notation and scoring software four years in development, will be available in one week,...