The [COMPRESSED] history of mastering - Scoring Notes
Skip to content 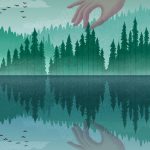 You might remember our podcast episode where David MacDonald and Philip Rothman discussed the terms “sample rate”, “bit depth”, and “bit rate”, and what to make of them when you see them appear in your favorite music notation program.

In this episode, we explore those concepts even further thanks to our friends at Twenty Thousand Hertz, a podcast that tells the stories behind the world’s most recognizable and interesting sounds.

Join us on a musical journey from the Golden Age of analog mastering to the digital methods of today. We’ll find out why the music industry became obsessed with loudness, and learn how the digital era transformed the way that music sounds. Along the way, you’ll hear from experts in the subtle but critical art of mastering, and you’ll hear examples of these technical concepts as they make their way into the music you already know, and might create yourself in the future.

The Twenty Thousand Hertz portion of this episode was written and produced by Casey Emmerling.

Music featured in this episode

Twenty Thousand Hertz is produced out of the studios of Defacto Sound, and hosted by Dallas Taylor.