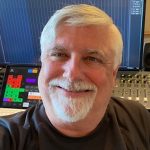 Dave Metzger joins Scoring Notes for the first of a two-part interview. Dave is one of Hollywood and Broadway’s most accomplished orchestrators and arrangers, having worked on hundreds of top projects that anyone will instantly recognize, including smash Disney hits like Frozen and The Lion King. Fortunately for us, Dave has always had a deep interest in music technology, and his state-of-the-art studio consists of many of the notation software and products we talk about on a regular basis.

Dave was very happy to share his deep expertise with Philip Rothman and David MacDonald, and on this first part of our interview, he relays his career path, starting from an early interest in choral and big band arranging up to his work scoring big-budget movies and theatrical productions. We discuss his philosophy and approach to orchestration and its fundamental relationship to notation, and break down his process of getting the music from the MIDI mockup into a score that’s read by studio musicians.

Also: we cover Avid’s announcement that Sibelius is now officially supported on M1 Macs under Rosetta 2.