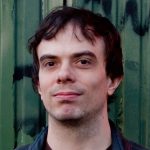 Darcy James Argue joins Philip Rothman and David MacDonald for the first of a two-part interview. Darcy is a critically acclaimed jazz composer, educator, and bandleader of the 18-piece Secret Society, with whom he’s recorded multiple albums and led around the world performing his original compositions. Darcy’s also a top-flight music preparation expert, and in this first part of our discussion, we talk with him about how he learned to prepare music to such a high standard and why he believes it’s so important to obtaining quality performances.

Darcy recalls his early days in school and learning Finale at a time when almost all of his colleagues were still copying by hand, and how that early adoption of technology set the course for his future in the music business. We hear about his first professional copying jobs that might surprise you, and he tells us his stories about breaking into the jazz music scene in New York City, making connections and assembling a stellar group of colleagues that eventually became the Secret Society. That group premiered Darcy’s multimedia creations Brooklyn Babylon and Real Enemies, and we talk about how music preparation and technology helped overcome the unique challenges that those works presented.

Join us on our next episode for the second part of our discussion with Darcy James Argue. Darcy gives us his expert advice on preparing music based on real-world experience, and shares his tips for prioritizing his time when working on a deadline. We’ll also talk more tech when it comes to the software and the tools Darcy uses to create his charts.