“I’m just going to say right off the bat, this whole project happened by accident. So the first one, I was just scrolling through Instagram — because that’s what you do when you’re bored, right? — and I saw a colleague of mine had posted this video of her playing some four-part thing. I’m not really that technologically capable, and I was like, ‘How are you doing that? That’s amazing.’”

And so it began with cellist and and arranger Samara Ginsberg, whose multi-part cello arrangements of TV and movie themes have created such a sensation on social media in the past few months. 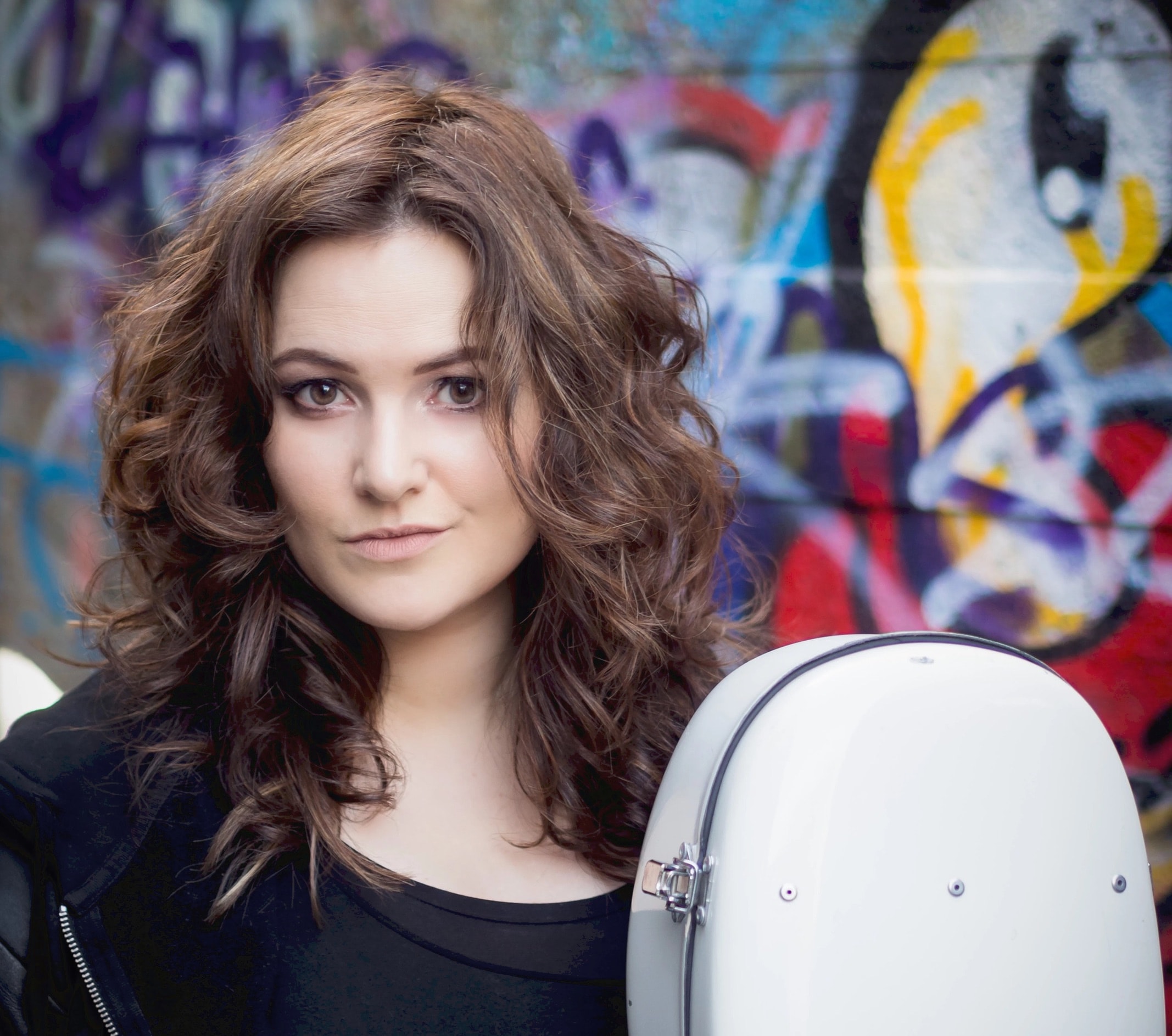 “I’ve never been afraid of crossover. Crossover is a dirty word in the classical music world. I think the reason for that is possibly because it’s not always of great quality, but that doesn’t mean that the genre itself is bad. It just means that there’s some not great exponents, Samara told Scoring Notes on our podcast.

“But I think it’s a great concept actually, and I’ve never been afraid of doing that. I actually run a string quartet that does a lot of rock covers. I just think he’s a great thing to do. Why not? I’ve always done a lot of arranging and I’ve done a bit of orchestration,” Samara said, having worked on video game soundtracks and other projects. “I can’t listen to a great pop or rock song without thinking about how it would work for strings when you’ve been doing this for a while, it infects your brain in that way.”

It wasn’t much of a leap for Samara to start making the first video, once she worked out the technical part. “Pretty much the idea of doing an eight-part cello arrangement of Inspector Gadget just jumped fully formed into my head. And it was just a case of opening Sibelius and writing it all down. It literally took about half an hour from my brain to sitting down and playing it.”

The attention wasn’t expected. “I got the thing together and I posted it online. I did this not thinking that anyone would see it other than just my friends and maybe a few other musicians. And I was just sitting, watching TV with my other half —” pianist and music preparer Leo Nicholson, who, full disclosure, is a Scoring Notes contributor — “and my phone just kept buzzing. Then it got tweeted by a bunch of famous people with millions of followers and the rest is history, really.”

The arrangements are delightful and skillfully done. Since then, Samara’s gone on to create many more covers of hits like the Super Mario Bros. theme, Alvin and the Chipmunks, and Knight Rider. Samara was featured on an arrangement I made of Baby Shark and wrangled a half-dozen of her talented colleagues in London to make a video that demonstrates the various sections of an orchestra.

She’s even just made a new video for the CBS television network to promote the start of the American football season with their iconic theme song:

This being Scoring Notes, of course, we wanted to learn more about Samara’s approach to arranging, using music notation software, and her experience playing from charts of all kinds.

Samara’s experience as a working cellist is a big advantage when it comes to arranging and knowing how to make a score look and sound good. “If somebody sends me a project to do a remote recording on and it’s really badly written, really badly formatted and just isn’t great, I’m still going to make it sound good. And I’m going to send it to them and I’m not going to tell them it wasn’t great. But if I was there in the room, I might have some suggestions for them. Like that sounds like I’m going to tear strips off them. I don’t mean it like that — I would make polite suggestions! When you have a musician right there, you get constant feedback.”

We get some downright practical advice from Samara about what to do and what not to do when preparing music for cello. “My absolute number one pet hate is ledger lines,” she told us. We can’t read ledger lines. We don’t read it. We read three clefs. We literally just can’t cope with them. Okay… Some cellists can, and I bow down to them, but more than two and I’m just counting them, like, what is that? Q [the Sibelius shortcut], really? Because I work in notation software all of the time, I know [how easy it is to change it].”

“I’ve done a lot of pop sessions,” Samara said, “so people who score strings for pop and rock music are quite often just exporting from Logic or ProTools. And for some reason, you’ll turn up to a session and the producer will go, ‘Oh, I’m not that great at reading bass clef, so I’ve put it in treble clef an octave down — hope that’s okay.’ So that sounds easy — octave transposition — but actually on the cello, in fact, on any tenor clef-reading instrument, it’s a nightmare, because it’s literally just one note different from tenor clef, which is what you would expect to see in that register.”

The playback function of music notation software is essential for Samara in creating problem-free charts. “I know people who can take an entire orchestral score and just sight read it on the piano. I am not one of those people. I can’t look at a whole score and hear everything in my head. So I actually use that playback function quite a lot to check my work. I don’t have a good sample library, but it will tell me if the notes are right and that’s all I need to check. I haven’t made any stupid mistakes, so I use that feedback quite a lot.”

The entire interview with Samara was great fun, with many nuggets of solid practical advice — and inspiration, too. “I’m sure [my videos] would be better if I’d known how to fix a few things,” Samara said. “But in the end, actually, that slight rawness has accidentally become part of my brand. So that’s fine. Learning how to do audio production, for the purposes of what I’m doing, it’s been incredibly easy and simple. If anybody is afraid of just dipping a toe into the production world, I would say: Just do it.”

Give this episode a listen now here on Scoring Notes, or wherever you get your podcasts.

You hear it at the start of every Scoring Notes podcast episode. But have you ever wondered who wrote the...

Articulations in Sibelius are toggles — like on/off switches on a lighting panel. Once you know that, you can add...

What do you get when you combine a catchy children's tune with a young person's guide to the orchestra and...