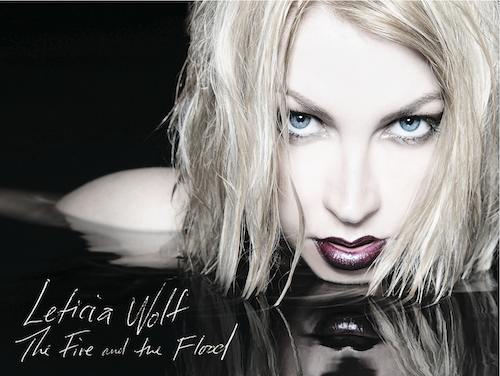 My pal John Hinchey was kind enough to send me a copy of Leticia Wolf’s new album, The Fire and the Flood, which is available now on iTunes. Among his many talents, John is a brass and string arranger extraordinaire, and worked on four songs on Leticia’s new album, including Comfortable in Hell, which eagle-eared listeners may recognise from the ReWire example video on the Sibelius web site.

John was brought onto this project by his collaborator Mark Hornsby, who produced the album. John and Mark made extensive use both of Sibelius and Pro Tools in putting together the final mixes.

“There are four songs with my string arrangements,” John told me. “We recorded string quintet on It’s Fine, The Clue, Dig, and – of course – Comfortable In Hell. I also did an arrangement for three euphoniums and tuba on The Flood.”

John relied on the ReWire feature in Sibelius 6 to make the demos of his arrangements really pop. “It was incredibly helpful on this project. Being able to create good demos for a client is always important, but when you are trying to convince a producer that using three euphoniums and a tuba on a alternative rock track is a good idea… a great demo is crucial!”

Mark, of course, decided to go with the unusual brass combination in the end, and John is delighted with how the final album sounds.

“I’m really tickled with the mix. Mark used only room sound on the strings and brass, no digital reverb. It really brings them to the front and makes for a transparent mix.”

“The album was recorded and mixed in Pro Tools HD,” Mark added. “The vibe of the album was intended to be dry, intimate, and organic. No reverb was used for ambience – just room mics from the tracking sessions. I used IK Multimedia’s T-Racks, Chandler/Abbey Road’s TG Limiter and Massenburg Design Works’s EQ3. This achieved a very warm yet clean sound.”

As for Leticia herself, she has described the album as “a coming of age record”:

There are songs about letting go of the impossible, and songs that revisit the painful. It’s got classic whiskey and cheating tunes, but I tried to make it more than that. It’s about learning how to dream the right dreams, and hold on to them.  The album is dark, but it’s soft and delicate, even hopeful at times. The stories explore a meandering path that is green with acoustic guitar, piano, rhodes, organ, strings and even a few euphoniums. The production is dry, warm and at times playful, but never over-done.

The album is definitely worth a listen. Check it out on iTunes today.

Rewiring Genesis is a re-imagining of Genesis’s 1974 concept double album, The Lamb Lies Down on Broadway, which: …tells the...