Alight is Sheffield’s contribution to the BBC/LOCOG organised Music Nation weekend, part of the Cultural Olympiad that celebrates London’s hosting of the Olympic and Paralympic games this coming summer, and it takes place on 3 March 2012. The day culminates with a concert called Alight: Twilight, which takes place at Sheffield City Hall, and the concert is set to conclude with the premiere of composer and choirmaster Timothy Allen‘s Olympic Triptych, which is a very ambitious new work.

I spoke with Timothy about Olympic Triptych, and how Sibelius played a part in bringing this work together.

“Alight features three distinct parts – Alight: Daylight has performances in interesting spaces all over the city, Alight: Twilight is a full concert/theatrical production at Sheffield City Hall, which has a capacity of 2,000, and Alight: Into The Night continues the music-making in the cities bars and nightclubs,” he told me. “I was approached to write an original piece to act as the finale of Alight: Twilight. There are many different groups taking part in this event, and I agreed to the commission on the condition that I could include as many of them as possible.”

Timothy was good to his word: the completed score is written for narrator, seven independent choirs, triple wind orchestra, and large brass ensemble (including six fanfare trumpets, mellophones, 2 tubas, and more besides). It’s 12 minutes long, in three sections, and takes its themes from the Olympic ideals. The sections are “Unite”, “Arise” and “Alight”.

“Working with Sibelius was the only way I could possibly think of taking on a project of this size,” he continued. “I took what could be considered a risky step, and upgraded from Sibelius 6 to Sibelius 7 mid-way through the composition process – just two days before an initial workshop of the first section of the piece. The new options for exporting parts as PDF were the major draw to upgrade at that point, as I needed to distribute parts quickly and easily. I was very nervous about swapping to the new user interface in the middle of a project, but the transition was pretty painless – and I love the new look. My saviour during the first few days after the upgrade was the Find in ribbon feature – pure genius!” 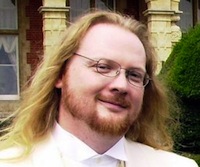 The finished score is pretty epic in scale: it features 41 independent instrumental lines and 24 separate vocal lines. “It’s too unwieldy to print a full score – even printing to A3, I’d need a staff size of just 2mm!” Timothy laughed. “So I’ve used some of Sibelius’ intelligent re-arrangement features to produce an orchestral reduction, and a choral reduction, which has proven invaluable for rehearsal. Finally, the orchestral parts were exported as an MP3, using the new Sibelius Sounds library – my other major reason for upgrading – and this was used as a backing track for going into the studio and recording rehearsal tracks for the choir with session singers.”

The concert is now just days away, but some tickets are still available at the time of writing. For more information about Timothy and his music, check out his web site.

Last Thursday, a remarkable world premiere took place in Christchurch, New Zealand, of a new work by an eight-year-old composer,...

The Herald, a national newspaper in Scotland, this week told the story of former Royal Scottish National Orchestra trombonist Bryan...

A few weeks ago, the St. Louis Symphony Orchestra played the opening gala concert of the 2010/2011 season at Powell...