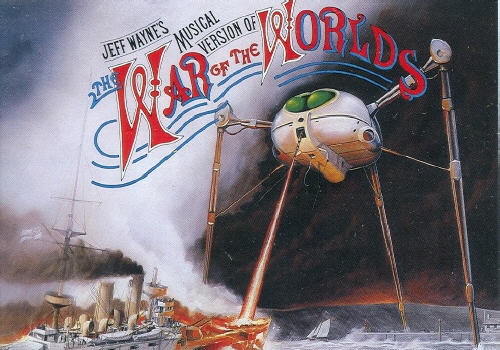 The November issue of Music Tech magazine contains an article about the live tour of Jeff Wayne’s War Of The Worlds, the seminal 1977 album that is as popular as ever some 30 years on. Sibelius played an important part in taking Jeff’s original handwritten scores and bringint them bang up to date. Speaking in the article, Jeff Wayne says:

“The first thing was to take the originals and create electronic versions of them. Sibelius has been invaluable for doing that both in the way it presents the score and in the functions that it has. It can take, in the case of The War of the Worlds, about a 100-minute score all in hand-written form and turn it into a beautiful-looking published score.”

Not only did Sibelius allow them to create beautiful new scores, but it also proved invaluable for creating the parts for each musician:

“And it’s not just good for scores – from each score you can create a part. With War of the Worlds, we’ve been the first to not tour with paper. We work with electronic readers that also have software which allows you to add things, whether it’s musician by musician or for me as the conductor. And Sibelius has the ability to go from its own software into the dedicated drivers that the readers require.”

Although Jeff prefers to compose away from the computer and orchestrate by hand, he finds that Sibelius allows him to create his finished parts quicker than ever:

“I was trained to orchestrate by hand, so I start sketching out my orchestrations then move into Sibelius. The inputting of all the parts and completing them is really speed by comparison.”

War Of The Worlds will be touring in 2010, so if you’d like to hear it live for yourself, book tickets now. And the November issue of Music Tech Magazine is on newstands now, or available for purchase online.

The thorough review of the new features in the much-anticipated upgrade to Avid's flagship music notation software, with improvements in...