Film composer Ryan Leach on Sibelius: "It's so much easier than Finale" - Scoring Notes
Skip to content 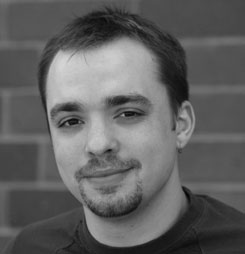 Film composer Ryan Leach has posted on his blog a list of the software he uses in his studio for his work on commercial films, TV and video game projects. He’s been involved for some time with Remote Control Productions, Hans Zimmer’s music production shop, and was assistant on movies including The Dark Knight and The Simpsons Movie, and more recently his soundtrack for the independent movie Devils Racecourse won the 2010 Maverick Movie Award for Best Original Score.

Ryan has used both Sibelius and Finale, which he learned when he was a student at Berklee, and says:

My favorite notation software is Sibelius by a mile. Like Digital Performer, I learned and used Finale at Berklee. But after trying out Sibelius a few years ago I never looked back. It is so much easier to use than Finale, it’s unbelievable. Everything just works the way it’s supposed to. I used to spend hours and hours with parts in Finale making sure things didn’t overlap. Sibelius has a simple rule – things can’t overlap! God that saves so much time!

Check out Ryan’s site and his work. It’s great to see that the up-and-coming generation of music professionals are choosing the world’s best-selling music notation software!

Check out this fantastic video taking you behind the scenes on the scoring and sound design of James Cameron’s Oscar-winning blockbuster,...

The American composer Charles B. Griffin has decided to switch to Sibelius after using Finale for more than 15 years....

We hear a lot about high-profile Hollywood (and even the odd British) movie that’s been scored in Sibelius, but I...