How many displays do you have? - Scoring Notes
Skip to content 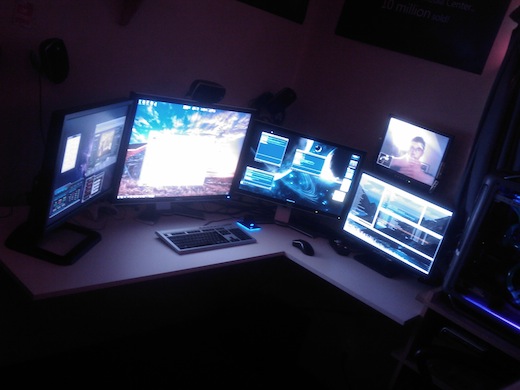 Here’s a little question for you for the weekend: what kind of computer do you run Sibelius on, and how many displays do you have attached to that computer?

What’s your ideal configuration for running Sibelius? Do you prefer having, for example, one portrait monitor to show a whole page of music, and a smaller display for the floating tool windows, or do you prefer two landscape monitors with the music stretched right across both in Panorama? Share your stories in the comments, but don’t forget to answer the poll!

We'll take you through each step in modifying your document to achieve a classic lead sheet look by removing clefs...

Why should you care if your preference file was deleted? What are the Preferences and what do they do? Here...

If you know how to access Sibelius's Reference, you can take the manual with you, or have it beside you...