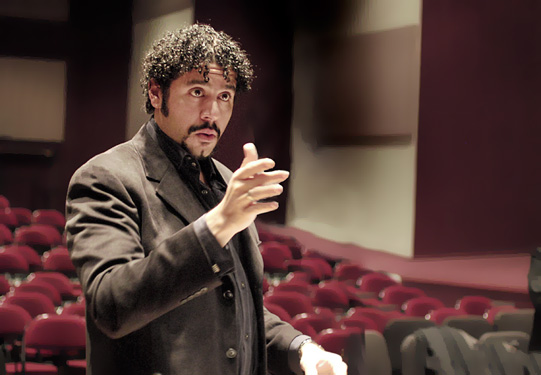 Back at the start of September, I posted about Grammy-winning composer, arranger and trombonist Doug Beavers making the switch to Sibelius from Finale. Doug recently posted a further update on how he’s finding Sibelius after doing his first real gig using his new software. It’s good news:

Despite a couple of blank moments where it’s just inevitable that I have to consult reference, the transition is invigorating and just feels “right”. No – I’m not working for Avid or anything, I just have to call it like I see it here as I’m sure that there are more folks in the same boat as I am.

Although Doug still finds Finale’s note input method more natural than Sibelius’s – no doubt because of the muscle memory that gets built up after extended use of a particular set of shortcuts – in all other respects he is finding that Sibelius has the advantage. Doug finds Sibelius’s handling of parts, playback, lyrics, and chord symbols streets ahead of the comparable tools in Finale. Check out everything he has to say.

Today is my last day of employment at Avid, and this will be my final post here on the Sibelius...