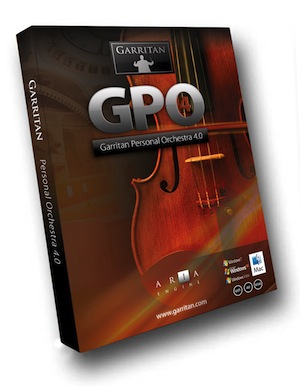 Garritan Personal Orchestra was the first “virtual orchestra in a box” to gain widespread success back in the middle of the last decade. Sibelius and Garritan partnered back in 2004 to produce a special Sibelius edition of the first version of GPO, and we’ve worked closely together ever since, including bringing many sounds from Garritan’s range of libraries into the bundled Sibelius Sounds Essentials libraries included with Sibelius 5 and Sibelius 6.

Today, Gary himself popped up on Skype to ask me to pass on a message to our Sibelius users: he told me that GPO4, the latest version of his groundbreaking virtual orchestra, has been nominated in the Sound Library category at this year’s Sound on Sound Awards, and he asked Sibelius users to consider voting for the library.

If you vote, you’ll be entered into a prize draw to win up to £8,500-worth of microphones from SE. So what are you waiting for? Go and check out the awards now.

Following hot on the heels of last week’s Sibelius 7.0.1 update, we have today made available a further free minor...

We’ve teamed up with our friends at Garritan to bring you a special offer on the new version of the...