Once you add a new part to the score, or if you want to change an existing one, you can change its sound by swiping a control bar to the right to reveal the part’s playback properties. (If the control bars aren’t visible, you can show them by selecting the Control Bar icon in the yellow circle control.) 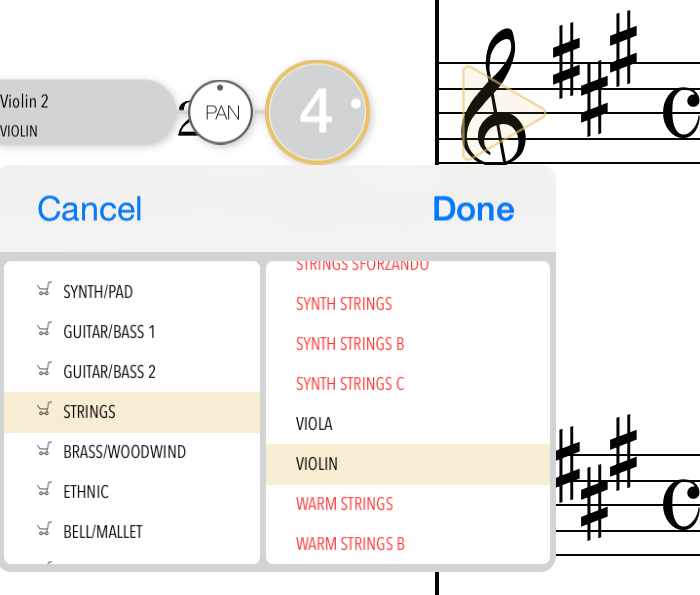 You’ll need to get out your orchestration textbook, though, as Touch Notation doesn’t intelligently link instrument sounds with part names, transpositions and properties, so you’ll have to then add those items as noted earlier. This could be a good thing if you need flexibility, but it could also be a time-waster for many users who are accustomed to easily adding pre-fab instruments as in other programs.

At the top of the part control bars is a master control bar which can modify the playback tempo; loop playback, change the reverb, and apply a metronome click to playback.

Playing back the score is as straightforward as tapping the play icon in the yellow circle control. Playback will commence from wherever the yellow playback indicator is on the score, and continue to the end of the music.

There is another inventive way to initiate playback: via a gesture. You can draw a triangle in a blank area of the score, and the app will only play the bar in which you drew the triangle (unless the whole score is visible; in this case playback will continue). This can be a useful way to quickly proof a bar.

Playback was surprisingly decent. Tempos were respected if entered correctly; the sounds were fairly well-balanced, and could be further adjusted via the control bars; articulations and ornaments were generally respected. I didn’t try any of the sounds available for in-app purchase.

Should you wish, you can adjust the reference pitch of A=440, which is set in the app’s settings.

Touch Notation scores are saved in the app’s native eScore format, and available in the app’s score library. As noted earlier, you can save a score as a template, so that it’s available for future use as a new score.

It’s important to note that if you delete the app from your device, the files will be deleted as well. Some sort of automatic backup would be nice, but for now you’re limited to sharing via the usual iOS ways:

Thankfully, you can also export your score in more standard formats like MusicXML, PDF, and standard MIDI, and share them in the same ways as you can a native file. You can also print your score directly to a printer that supports AirPrint.

Only the score is available to print. As of now, Touch Notation does not automatically print individual parts (although, curiously, multirests are supported).

Scores are auto-saved every five seconds by default, so you’re unlikely to lose any work if the program crashes or your device’s battery dies. This can be changed in the app’s settings.

Touch Notation offers a number of additional features available via in-app purchase for modest fees. Notable among them is the ability to add chord symbols and automatic accompaniment for $5. 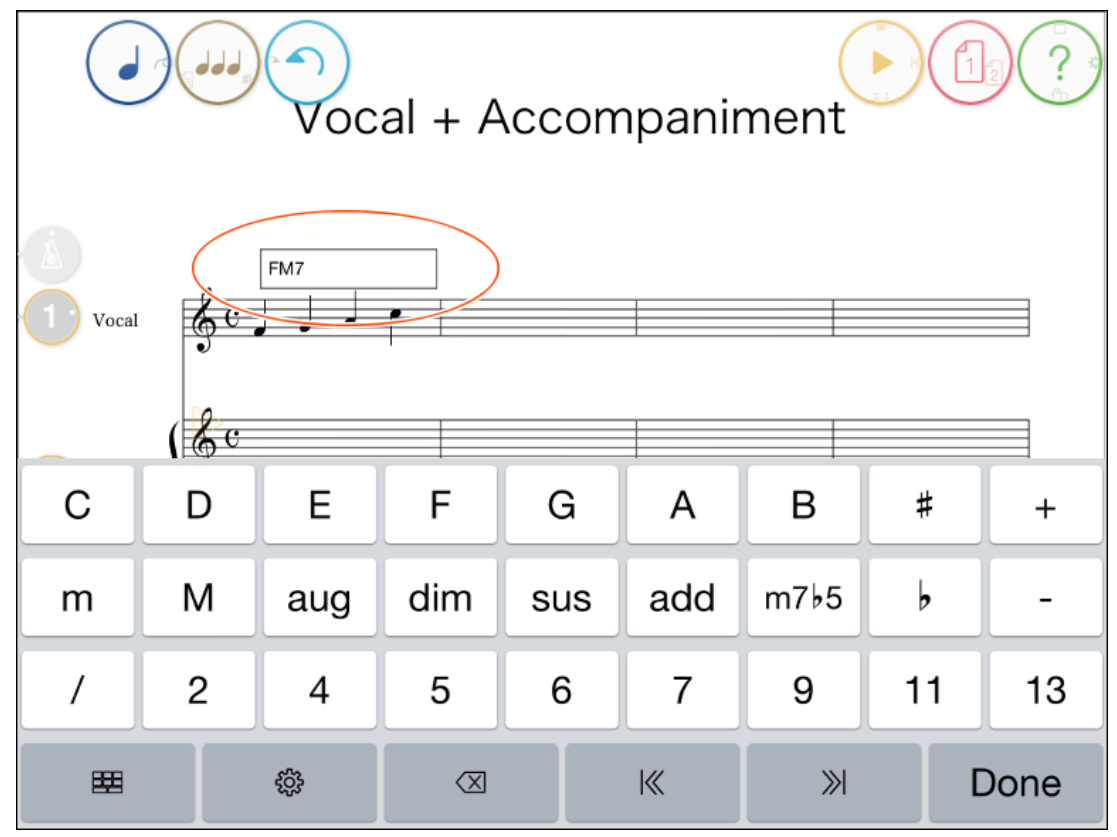 The feature includes 101 styles of automatic accompaniment, such as swing, funk, ballad, rock, waltz, and jazz.

A handwritten font style is available for $3. 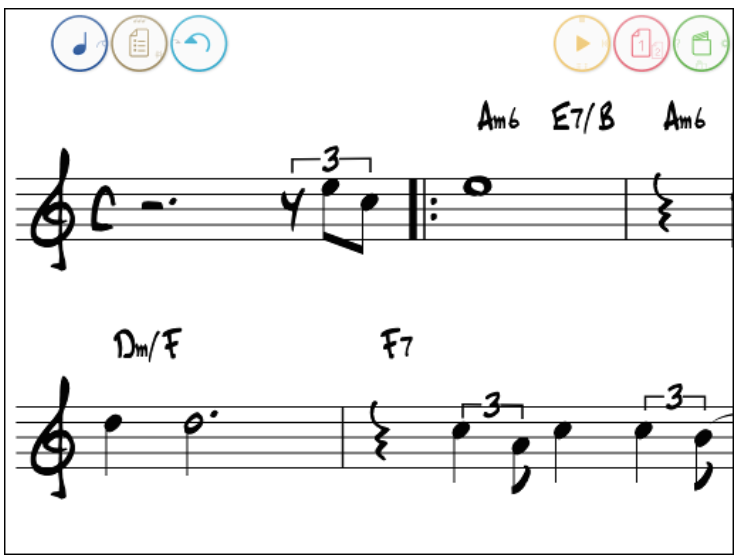 The sound sets mentioned earlier are available for $1 per family, or $5 for all the sounds. 16 sounds are included in each family.

Finally, you can enable Core MIDI output for $3, which allows you to play back your score using any MIDI synthesizer connected to your iPad via a Lightning-to-USB connector (or a Camera Connection Kit for earlier iPads).

I didn’t try any of the features available via in-app purchase, but perhaps I will and review them in a future post (this one’s long enough!).

Touch Notation is a very well-thought out music notation app, and it’s available now from Apple’s App Store for both iPad and iPhone. The introductory price of $8 is good until April 30, after which time the app will cost $12.

According to Kawai, Touch Notation will run on iOS 7 and later. Minimum hardware requirements are the iPhone 4 or later; iPad 2 or later, and iPod Touch 5th generation or later, although the best performance of the app will naturally be gained on the newest devices.

Kawai has taken a great deal of care to work with, and around, the existing limitations of the Apple iOS and hardware, which aren’t as conducive to writing music by hand as a native pen-and-touch system like the Surface. If Touch Notation has an Achilles’ heel for now, it’s those OS and device limitations, but that could quickly change if Apple delivers an iPad Pro with a larger screen and pen technology, as has been rumored.

If that happens, Kawai will be very well-positioned with this promising entry into the rapidly changing and exciting world of music notation technology. It’s too early to tell whether its gesture-based approach will be preferable to the other solutions in the market right now. For $8, though, you can hardly go wrong trying it out to see for yourself.