Today Steinberg released the third maintenance update to Dorico since the product’s initial release in October 2016, and the first one of this calendar year. Packed into Dorico 1.0.30 are a number of new features and fixes — more than 120 in all, according to Steinberg’s product marketing manager Daniel Spreadbury, who announced the update on his blog this morning.

You can read about the Dorico 1.0.20 and 1.010 updates and the initial release elsewhere on our blog.

Remember that Dorico is unique among the major desktop scoring apps in that there is no limit to the number of voices that can be entered on a staff. For that reason (among others) Dorico approaches rests somewhat differently, in the form of implicit and explicit rests:

Now that we’re clear on that, we can explore the new tools we have in Dorico 1.0.30 for working with rests in multiple voices.

In the fourth bar, I’ve entered the rest on the downbeat in the second voice explicitly; without it the beat position of the notes would be unclear. But there is no way to visually differentiate between the implicit and explicit rests — until now.

Once you’ve identified your implicit rests, you can quickly remove them, if you so choose, by first making a selection…

…and then invoking the new command Edit > Remove Rests:

Behind the scenes, Remove Rests sets the Starts voice and Ends voice properties appropriately for all notes in the selection, such that any rests included the selection are removed. This helps if you don’t want to muck about in the Properties panel every time you want to simply delete a rest.

There’s a new thick barline type, available in Write mode from the Bars and Barlines panel, or by typing Shift+B for the barline popover and typing thick: 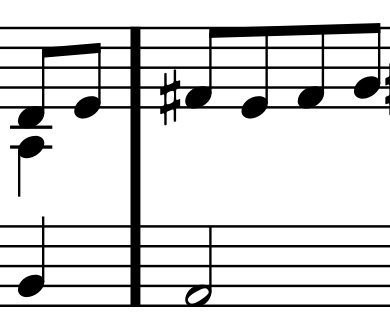 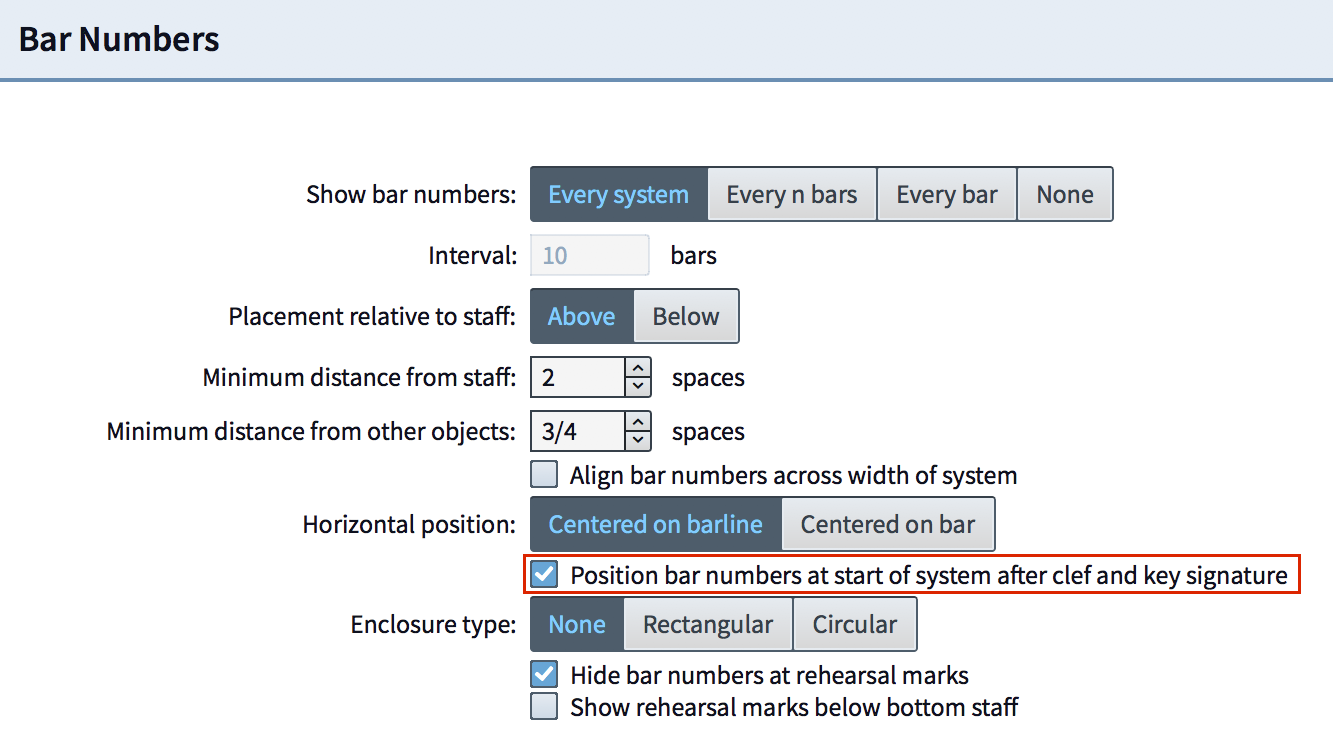 …although I would suggest that an additional sensible option would be to place the bar numbers immediately after the clef but before the key signature.

You’ll find a new Tremolos area in Play > Playback Options > Timing where you can specify the minimum number of tremolo strokes that will be interpreted as unmeasured in playback. It will helpfully take into account the note value to which the tremolo is applied and adds to it; for instance, if you have set your playback option at 3 tremolo strokes, an eighth note with 2 tremolo strokes will count as 3. 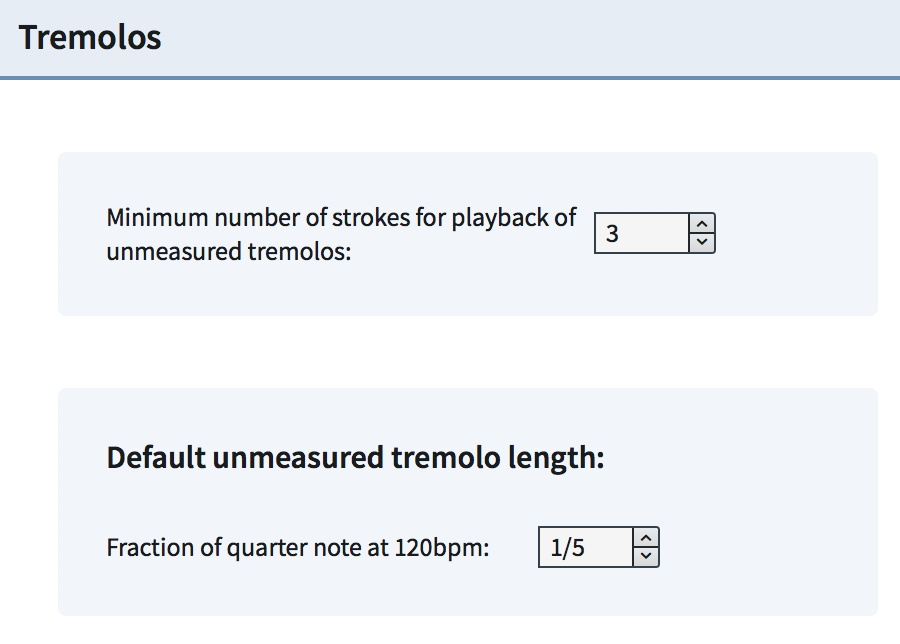 You can also set the duration of the notes in an unmeasured tremolo, which somewhat opaquely is expressed as a fraction of a quarter note at 120bpm and set by default to 1/5 (in the example above, that would equate to 0.1 seconds).

The interpretation of grace notes during playback has been improved as well:

The 16th note threshold for a short appoggiatura can be adjusted in either direction, to a 32nd note or an 8th note, and indeed you can disable these types of on-the-beat interpretations entirely via new options in the Grace Notes area of Play > Playback Options > Timing. 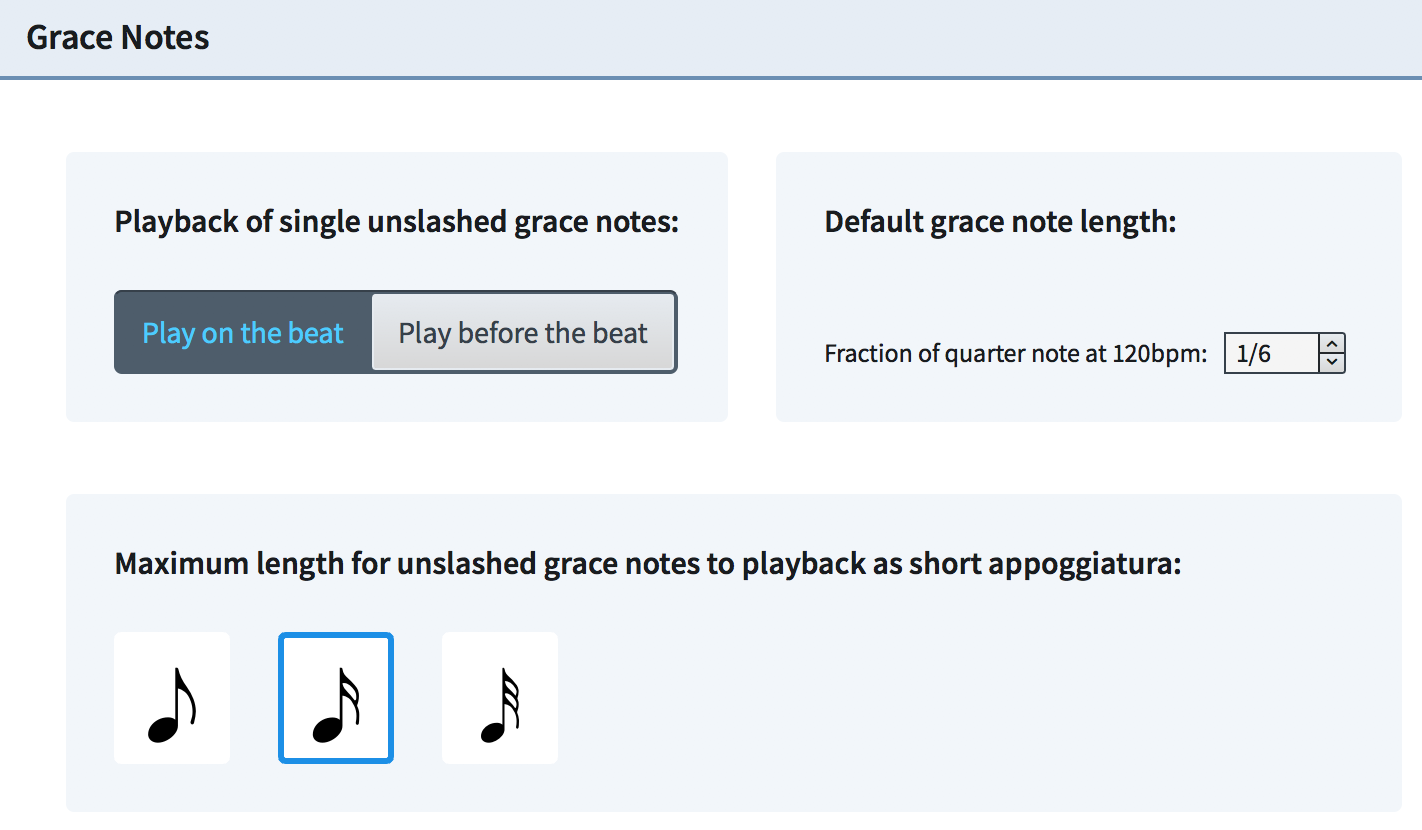 As with tremolos, you can set the exact duration of a grace note, expressed as a fraction of a quarter note at 120bpm.

Daniel Speadbury has said that “there are still a few details with grace notes for us to resolve, such as ensuring that grace notes at the start of a flow play back properly, and we will return to this area in future updates.”

Approximately 70 identified bugs have been fixed since version 1.0.20, in addition to all the items classified as new features. A full list of those fixes, a version history and application updaters are available from the Dorico download page on Steinberg’s web site.

Today Steinberg released Dorico 2.1.10, a maintenance update to its scoring program. There are no new features in Dorico 2.1.10,...

Our coverage of NAMM 2017 kicks off with a guest post from Doug LeBow at a Dorico presentation in Los...