In announcing the update at the StaffPad blog, lead designer and co-founder David William Hearn said:

It’s been a while since a major update to StaffPad has happened, but that’s not for lack of activity from us on the development side! In fact, StaffPad remains under the heaviest development phase of its post-release lifetime. Despite working around the clock, we’re still not quite ready to share with you what we’ve been up to just yet. What I can share, however, is that we’re working on completing the original full vision of what StaffPad should be. The mission with StaffPad was to design a system that would use the latest technology to make it easier to create music. I’ve always wanted to cover the whole journey, from supporting the composer during the writing phase through to the performance by the musicians. Thus far, we’ve tackled the composition part of that journey, and now our sights are set on the final destination.

Although David doesn’t reveal the details, a clue can be found in this Microsoft ad from a month ago, a 3 minute video called “Ode to the Commute” where he is shown collaborating with spoken word artist Suli Breaks, performing from Surface devices running StaffPad.

The parentheses will only show up if you manually add a cautionary accidental, or import a score via MusicXML or MIDI.

Another new feature is the addition of the bar number staff, found during score setup or anytime you add or delete instruments, in a new Score Tools category. 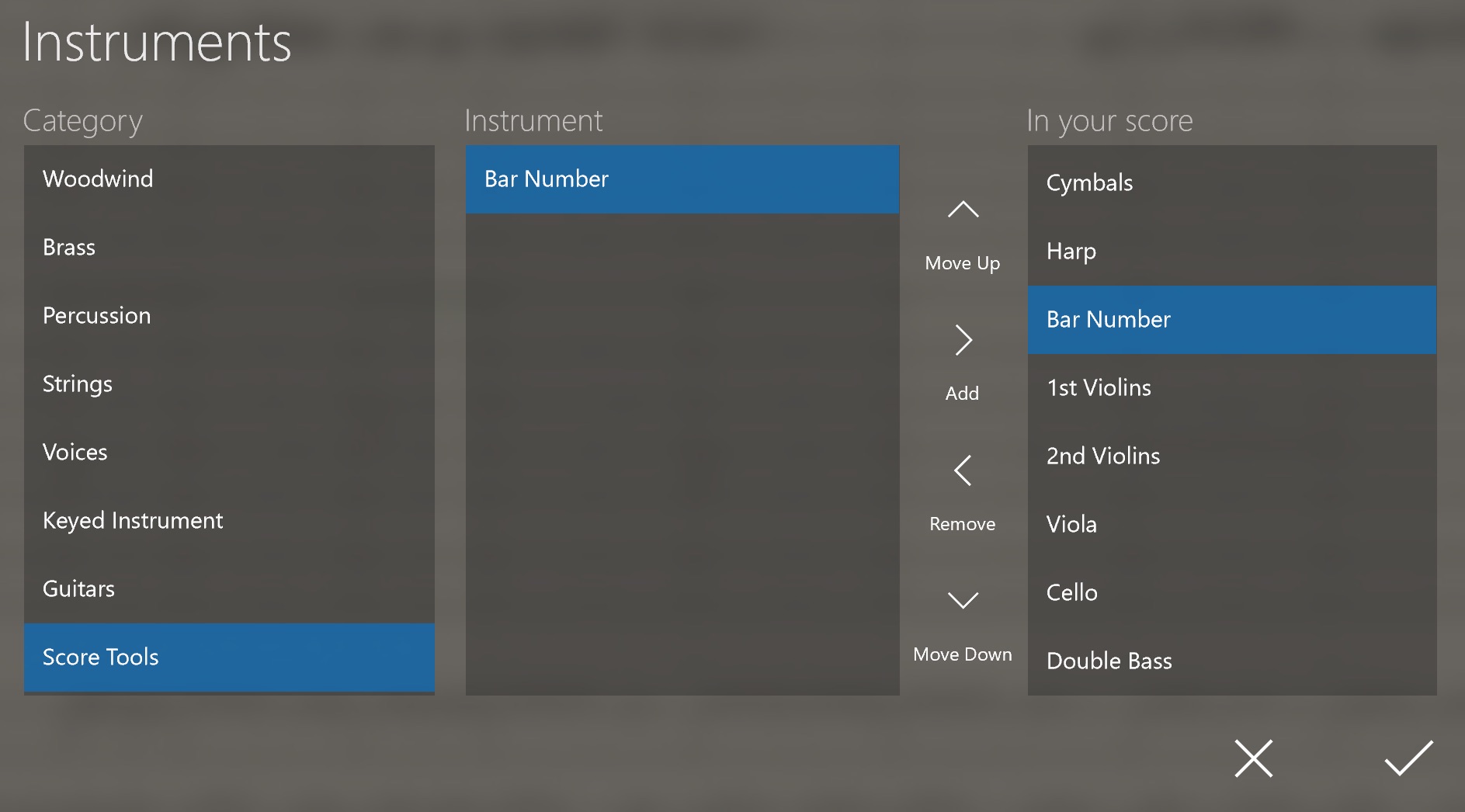 Simply select the Bar Number “instrument” and add it to your score, in as many places as you like. 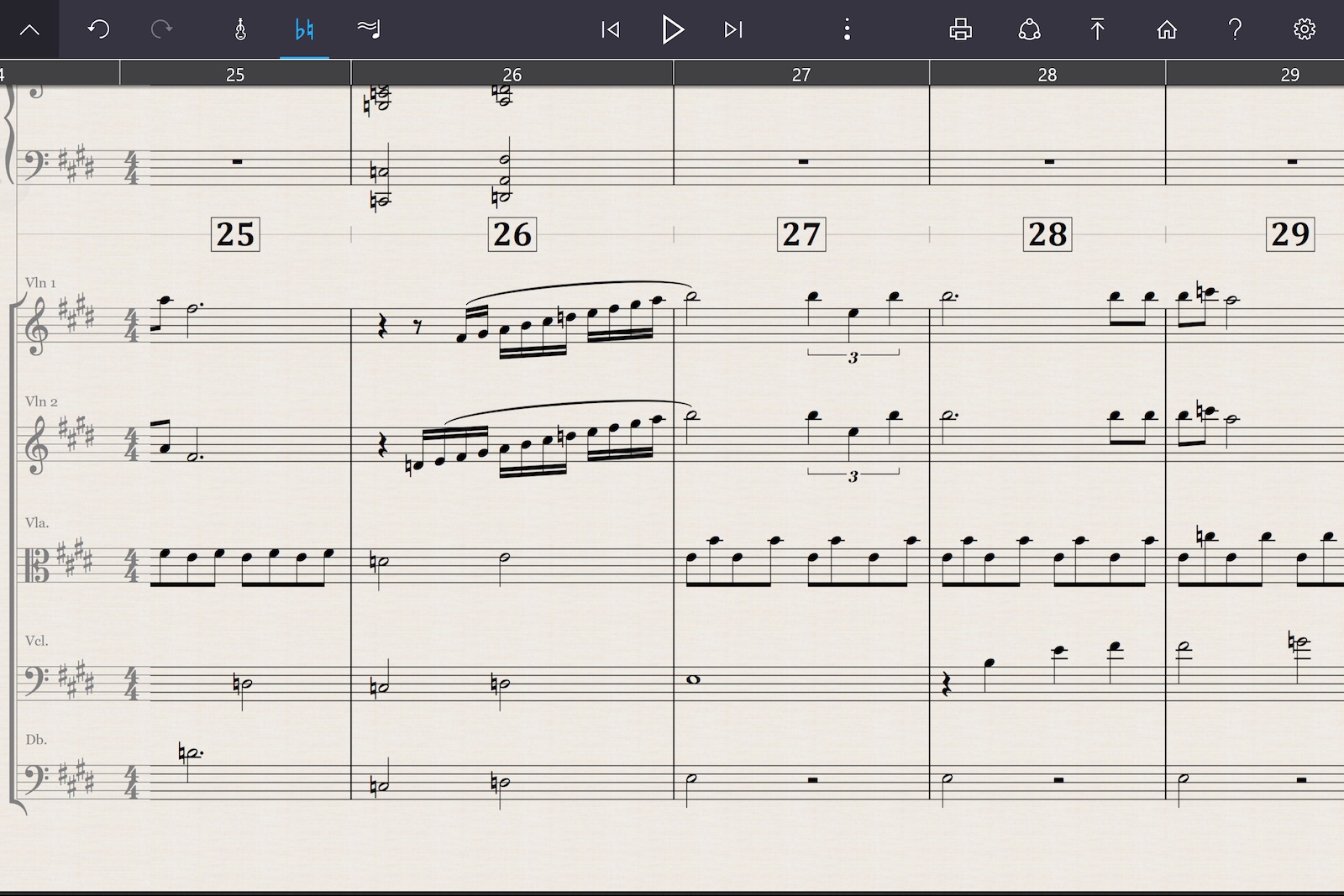 We spilled a great deal of digital ink recently explaining how to do this in Finale and Sibelius. StaffPad now  does it with a couple of taps. If only it were this easy in the desktop programs!

Speaking of bar numbers, the latest update adds the options during printing of numbering the score or parts with every bar, every 2 bars, or every 5 bars, in addition to the previously existing option of every system.

More print scaling options are added, too: 90% and 110% in addition to other levels every 25%, should slight reductions up or down from the default be needed.

When StaffPad was first released — barely two years ago — production and performance considerations seemed like an afterthought; the more obvious workflow was sketching your creations for later polishing on the desktop programs. As StaffPad adds more production-type features and presumably aims to be a one-stop shop for at least some types of projects, it will be interesting to see how new features and settings make their way into the app.

For instance, it’s certainly nice to have an automatic cautionary accidentals, but you could easily ask ten engravers or copyists for their preferred settings and get ten different answers (Sibelius has eight checkboxes devoted to the feature, with dozens of permutations). For now, StaffPad offers no such control — although David did say that they would be “improving the smarts of this system in future updates.”

StaffPad’s certainly got a lot of smarts already, so we can reasonably expect such a promise to be easily kept. In the meantime, the latest update is a welcome indication of progress afoot on this pioneering music creation tool.