Avid has released an update to Sibelius for Mobile, its version of the software that runs on iPad and iPhone. The latest update brings much-anticipated step-time note entry via MIDI keyboard, supporting both wired and wireless (Bluetooth) devices. Support for pickup and irregular bars, merging bars, and better keyboard integration, are also among the updates. 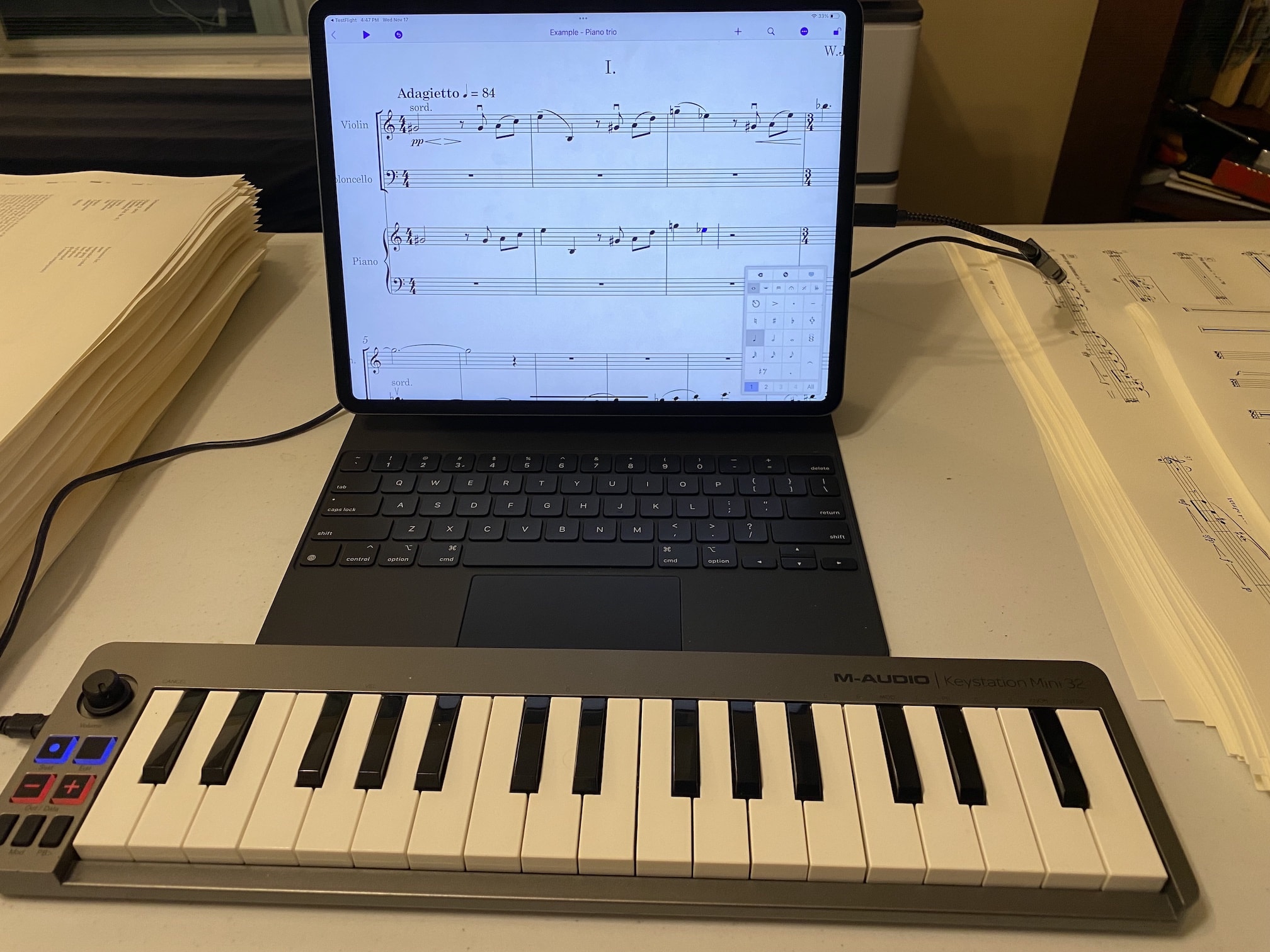 When Sibelius on iPad was first released in July, and subsequently on the iPhone in October, it supported entering music with your finger and the Apple Pencil (on iPad), but a convenient way of entering music via a MIDI keyboard was one of the wish-list items that was missing from the app. This has been remedied with today’s update.

Sibelius for Mobile (yes, MIDI works on both iPad and iPhone) now supports step-time input with a MIDI keyboard. Sibelius will recognize a wired MIDI keyboard without any additional configuration. 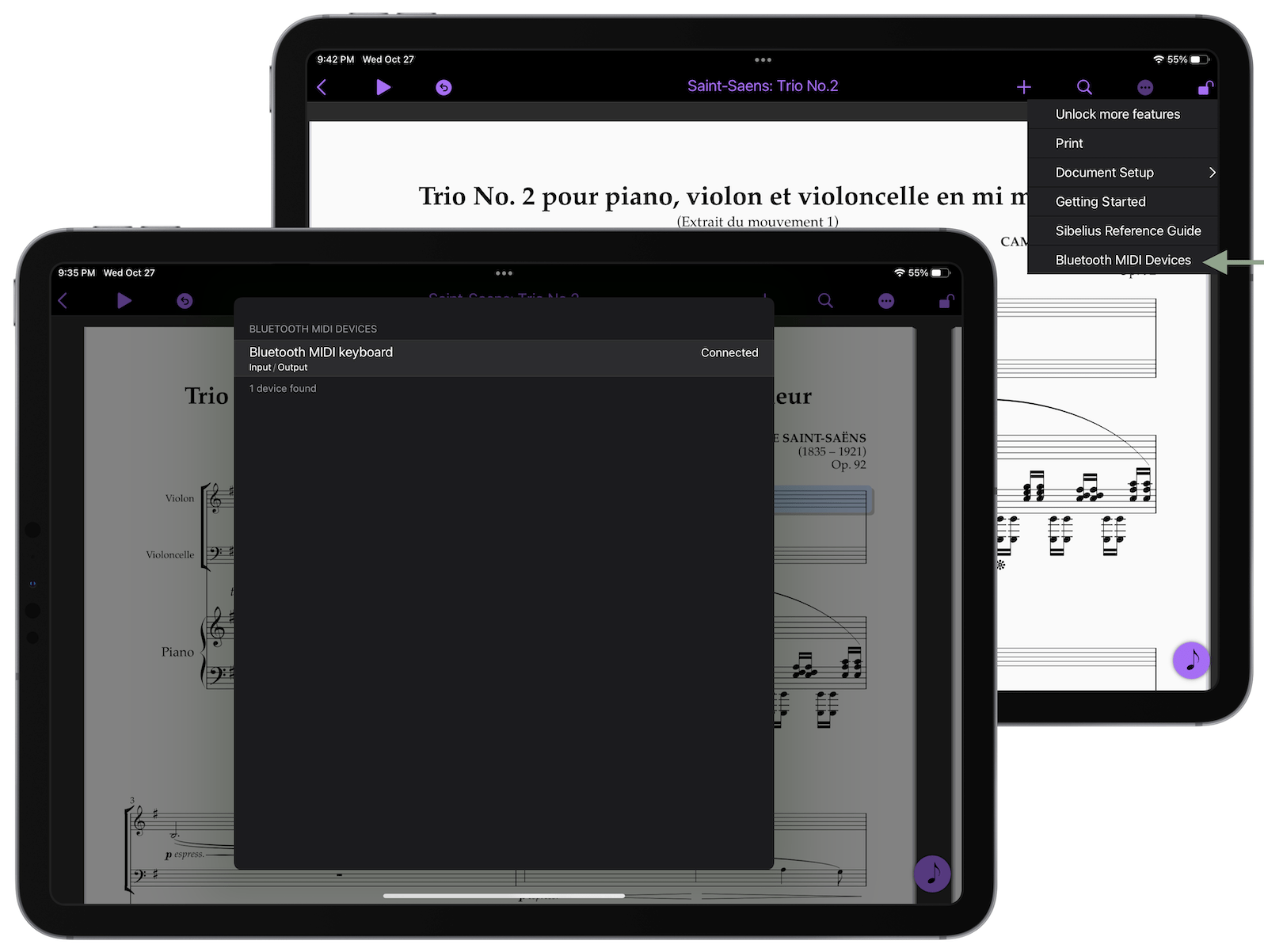 From there, you can expect step-time input to work much the same as it does on the desktop. Only duration-before-pitch is supported (not the other way around), and some of the other customizations you can make to the Preferences on desktop are not available on mobile, but otherwise, there is no learning curve to use this welcome new feature.

Here is a very quick example. (Sound on this video is muted — my printer was running at the time, and it was very loud! — but you do hear the notes in Sibelius as they are entered):

If needed, you can correct the notes afterwards by using the Pitch Correction Tool on the Keypad. Just like in Sibelius for desktop, there is no “MIDI mode” to enter into; you can use any of the note input methods in combination with each other.

In the post announcing the update, Avid’s Sam Butler and Joe Plazak say that “In our initial MIDI In release, we’re providing support for Step-time note input.” That appears to be a carefully worded turn of phrase that suggests other MIDI entry workflows may be possible in the future, such as real-time or “Flexi-time” entry.

It has not yet been possible to add a pickup bar or irregular bar (one where the number of beats doesn’t match the time signature) on Sibelius for Mobile.

This works for pickup bars: 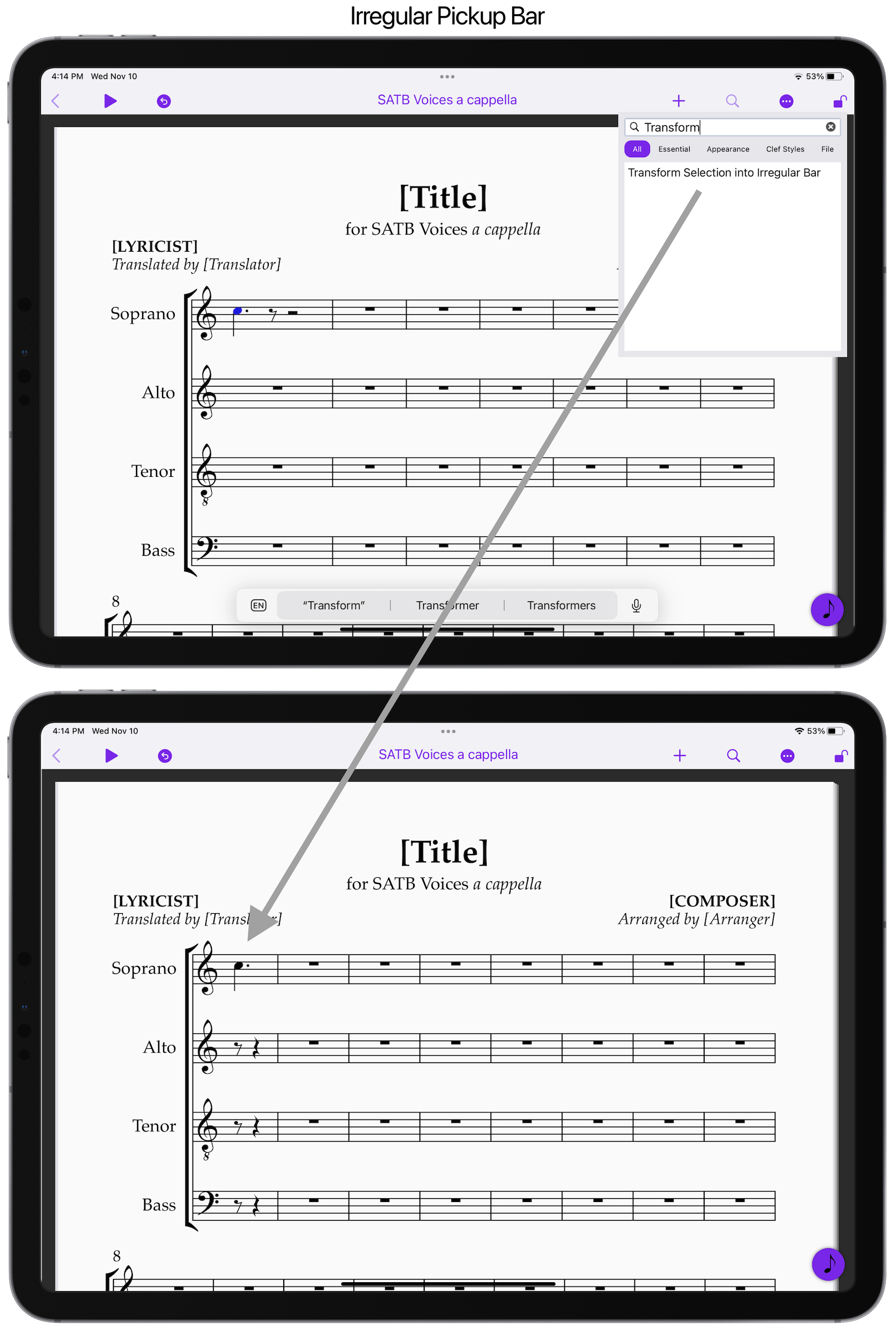 If you transform a selection in bar 1 into an irregular bar, Sibelius will automatically renumber that bar as bar [0] and hide the bar number change, just like Sibelius does on desktop when creating a pickup bar via the Quick Start.

This command works for merging bars, too, and further explanation is given in today’s post from Avid announcing the update, along with an embedded score example. Avid also says that this command will make its way back to the desktop in an upcoming release.

If you have an external alphanumeric keyboard connected to your iPad, you can now use the Shift and Cmd modifier keys in combination with tapping on the screen, to make passage and multi-selections, respectively, with your finger or the Apple Pencil.

Avid says “Stay tuned for more news and our upcoming desktop release as we close out the year.” A present under the tree for desktop users? We’ll have to wait and see!

Meanwhile, as before, Sibelius for Mobile on iPhone and iPad is available for free to download from the App Store. Users get access to features that is roughly equivalent to the free Sibelius First desktop version.

If you’re not already an active Sibelius user, you can purchase a mobile-only subscription to unlock one of the higher tiers. Sibelius Ultimate on iPad-only is $12.99/month; Sibelius (mid-tier) is $5.99/mo. This subscription will function the same as other subscriptions you purchase through Apple and will enable Sibelius on all of your iOS and iPadOS devices.