Sharp-eyed Sibelius user, forum contributor and blog reader Ralph C. Bowers Jr. received a Sweetwater summer 2015 catalog in the mail the other day. After turning to p. 521, he noticed that Sibelius 8 was prominently offered for sale:

Avid hasn’t released Sibelius 8 yet, or offered it for sale on their own web site. As of today, though, Sweetwater was taking pre-orders for four versions, which only differ in the terms of the license, not the software itself: the upgrade from Sibelius 1-7, a crossgrade annual subscription, a crossgrade perpetual license, and an academic version. 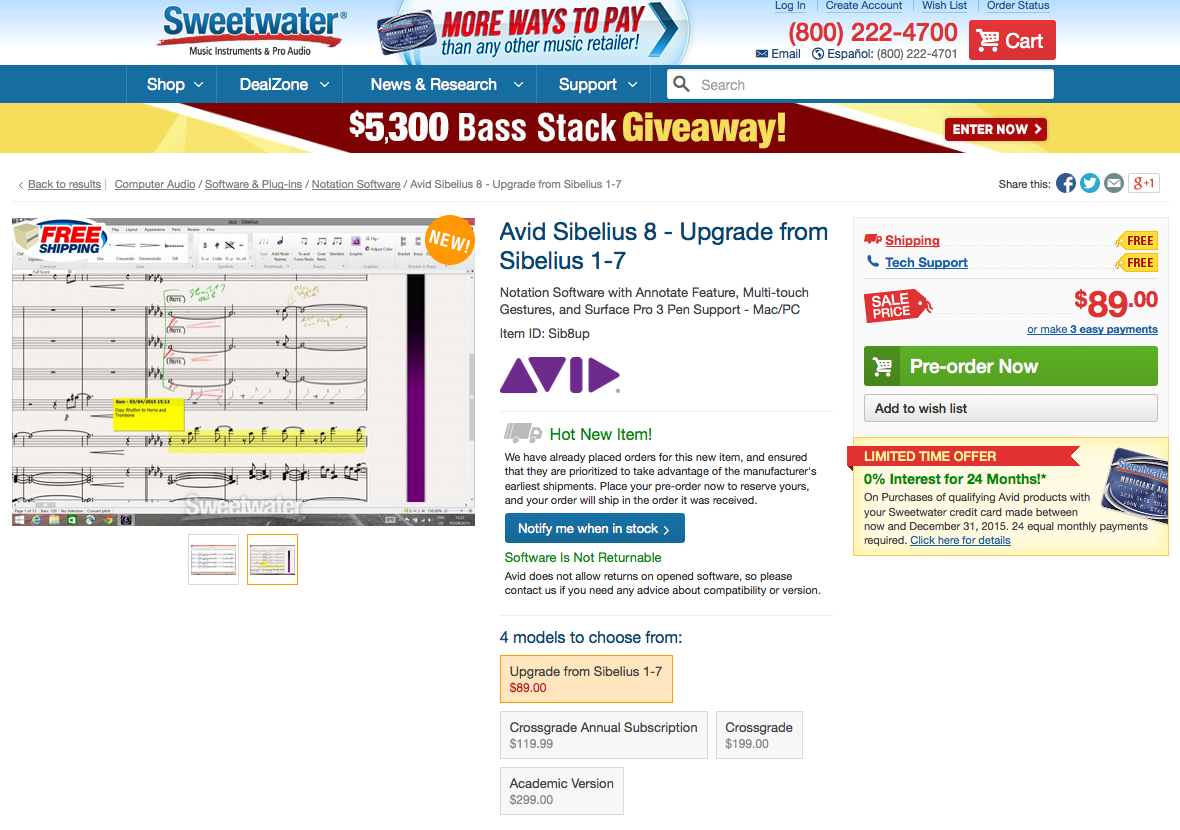 There aren’t any surprises here, as Avid announced Sibelius 8’s new features and license plans a couple of months ago. Still, a release has been promised by the end of June, so it appears we are getting close.

Readers might be amused to see “Dotted-note support” high up in the list of features. So put to rest all the rumors about not being able to write in 6/8 time anymore!

We’ll have full coverage of the official release once it happens.

If you are currently using Sibelius 6 or earlier, you can buy Sibelius 7 now at a good price and...

My colleague John Hinchey will be giving a Sibelius workshop this Saturday, January 18 at 10:00 am, at the Sweetwater...