Moving or “sliding” music horizontally (or vertically, for that matter) is a common workflow to those working with MIDI or audio in DAWs. In notation software, though, it’s not possible to do that. Sibelius 8.2 takes a first step towards making it easier, although the feature leaves much to be desired.

The most basic example involves a single note or chord in a single staff.

Invoke the shortcut, and the note slides over to the right.

Keep sliding, though, and the note leaves a trail of quarter notes in its wake:

In the above example I think it would be better if Sibelius grouped rests back together and replaced the bar rest entirely. As it stands now there’s a fair amount of cleanup involved.

In what is probably the best use case for the new feature, you can quickly slide a note while the note input cursor is active:

The feature also works on a passage selection. In this example it works quite nicely within the bar:

But when moving to another bar, the half note becomes Humpty-Dumpty-like, unable to be put back together again, and leaving a trail of rests:

Items such as lyrics or dynamics won’t move by themselves, but they will be included in a move if contained within a passage selection, which may be useful in certain circumstances:

Finally — and this will come as no surprise to long-suffering Sibelius users — if you try to move either a selection involving a tuplet or one adjacent to it, Sibelius will give up: 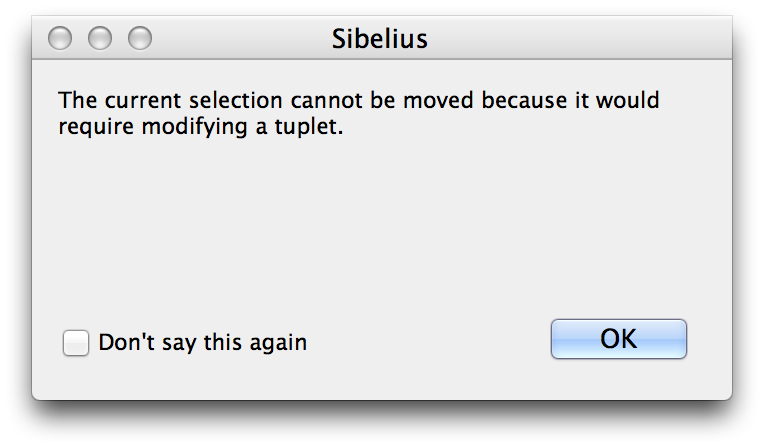 About the tuplet limitation, Sibelius senior product manager Sam Butler said today that “We are hoping to improve this in a future release.”

The concept of sliding notes and passages in time is interesting and, even with its current limitations, may be useful in certain conditions. The good news is that, being a workflow enhancement and not something that fundamentally changes the appearance of a score, hopefully the Sibelius developers can refine this tool to make it more useful in the future.

Sibelius 8.2 will overwrite any 8.x version you have on your computer, but will leave other versions intact, unless you tell the installer to uninstall those versions. You also have the separate option of copying supporting files from Sibelius 7.5, if you’re upgrading from that version. 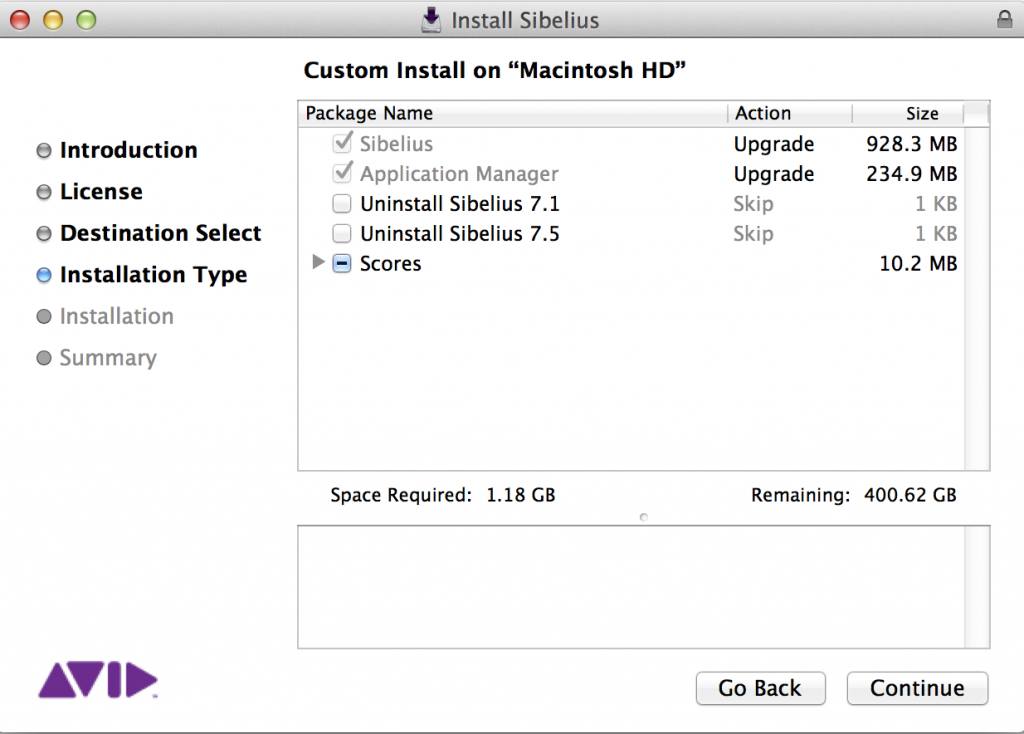 If you have Sibelius 8.1.1 or earlier, you should upgrade to 8.2, and will be prompted to do so by the Application Manager. It’s free for most users of 8.x unless you bought a monthly subscription plan that has already expired.

Sibelius 8.2 uses the same file format as Sibelius 8.1, which is welcome news.

Sibelius 8.2 will run on any 64-bit system running Windows 7 or later or Mac OS 10.9 or later. Various purchase options, including subscriptions, perpetual licenses, and upgrades are available from Avid’s online store and other resellers such as Amazon and Sweetwater.