As expected, Steinberg today released the second maintenance update to Dorico. Despite its incremental version number of 1.0.20, like Dorico 1.0.10 it includes a good many improvements and fixes to the barely two-month-old scoring software.

Steinberg product marketing manager Daniel Spreadbury covers the update on his blog. Steinberg has also been rolling out some useful video tutorials in the past week, each two to three minutes long and narrated by product planning manager Anthony Hughes, that are well worth viewing if you’re just getting started with Dorico.

A new Arpeggiation section has been added to the Ornaments panel, including up or down arpeggios as well as a non arpeggio bracket.

Arpeggios can span chords in multiple voices, such as across a grand staff.

The length of arpeggios automatically adjusts as the pitches of the chord change, and an arpeggio will disappear entirely if only a single note remains at that position.

You might be wondering, where’s the arpeggio with an up-arrow? Well, because by default arpeggios are played upward, there isn’t a separate ornament for an up-arrow arpeggio. That doesn’t mean you can’t create one; you can set them on a case-by-case basis via the Properties panel… 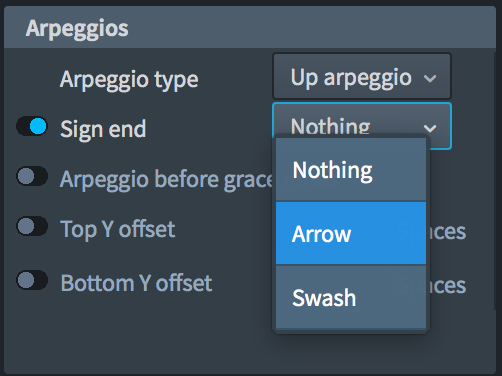 …or make them the default option in Engrave mode > Engraving Options > Arpeggio signs, along with many other options for setting the appearance, design, gaps and endpoint positions of the wiggly lines.

Arpeggio lines don’t currently play back, but the release notes say that this is eventually planned.

In Elaine Gould’s book Behind Bars, she devotes a couple of pages to describing Rastral sizes, which, despite having varied slightly among different manufacturers, were a useful guide to setting the size of music before computer music notation came along: sizes 0 and 1 were suitable for educational purposes, 3 through 5 for single-stave parts, etc.

The Dorico developers have made no secret of their study of traditional engraving practices, and have added a new Rastral size menu in Setup mode > Layout Options > Page Setup: 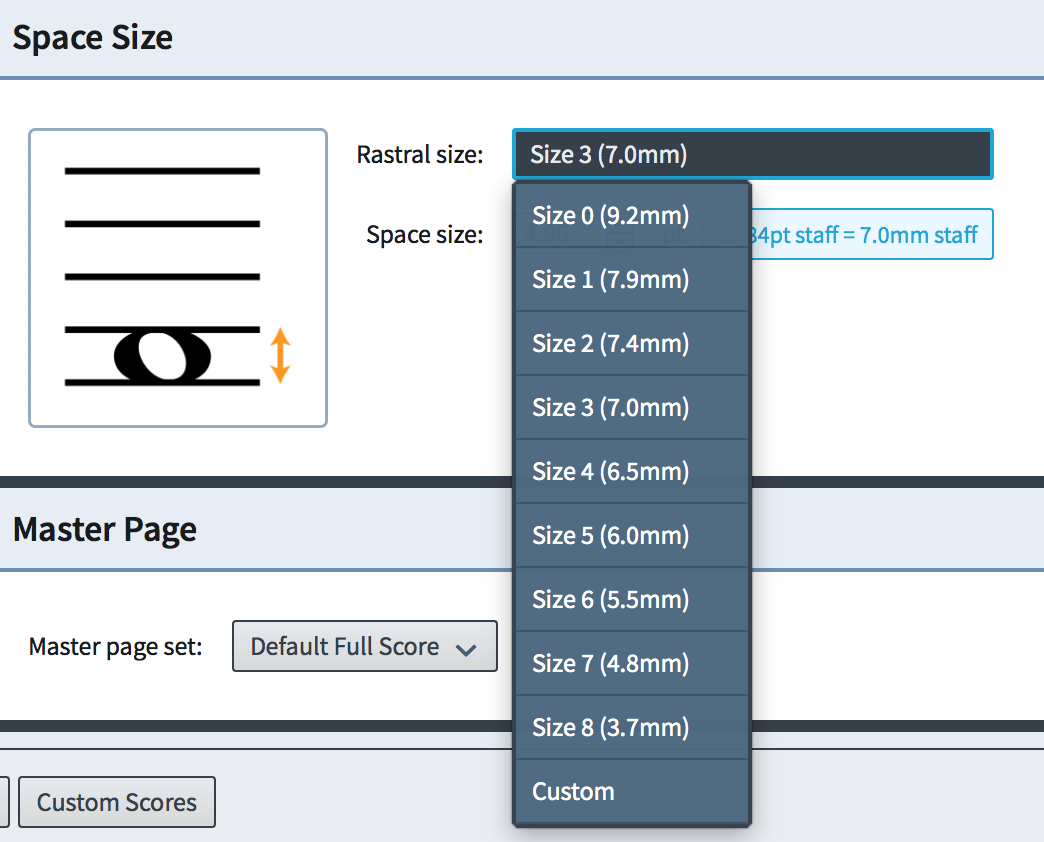 The default size in a new project is size 3. Of course, it’s still possible to choose any custom size by entering a value in the Space size box.

In addition to the plethora of options already available in Setup mode > Layout Options > Page Setup, two more options have been added in Vertical spacing: 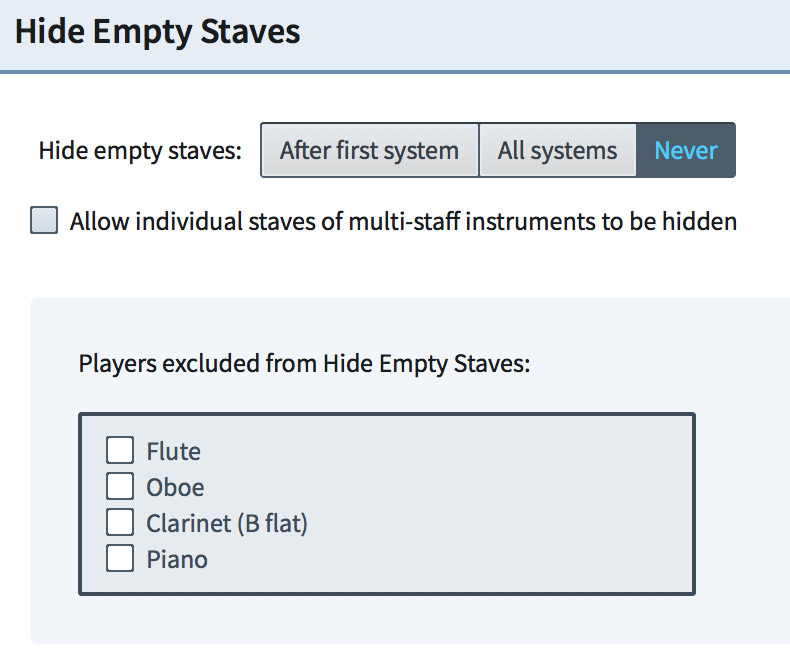 Play mode gains Playback Options for the first time, and hopefully it’s a harbinger of things to come. The dialog is sorted into just two areas for now: Dynamics and Timing. 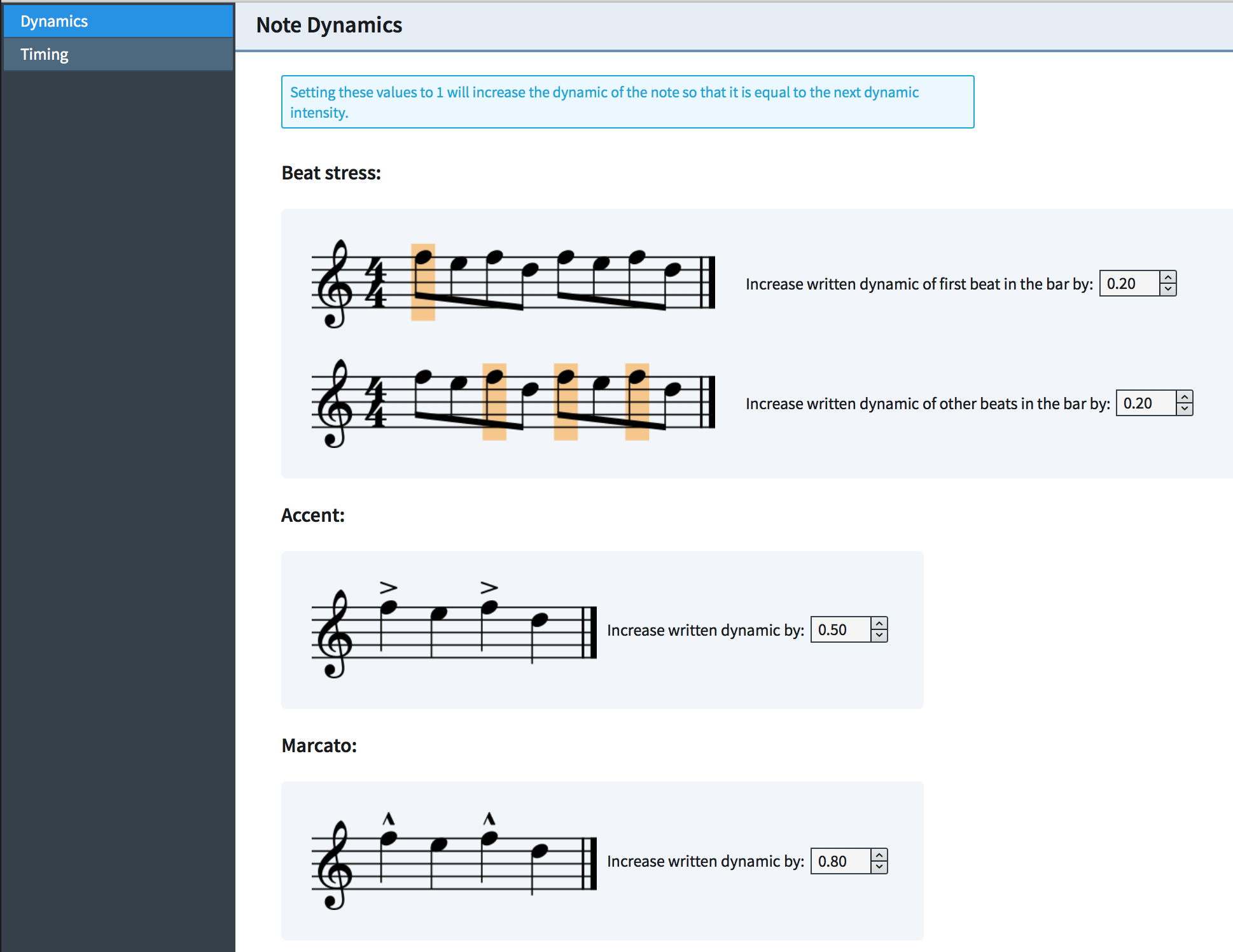 The Dynamics section includes options to stress the first beat or other beats in the bar, how much Dorico should increase the dynamics of accent and marcato markings, a humanize (randomize) option, and the option to control, on a curve, the relationship of the extreme dynamic markings such as ppp compared to the p through f range. 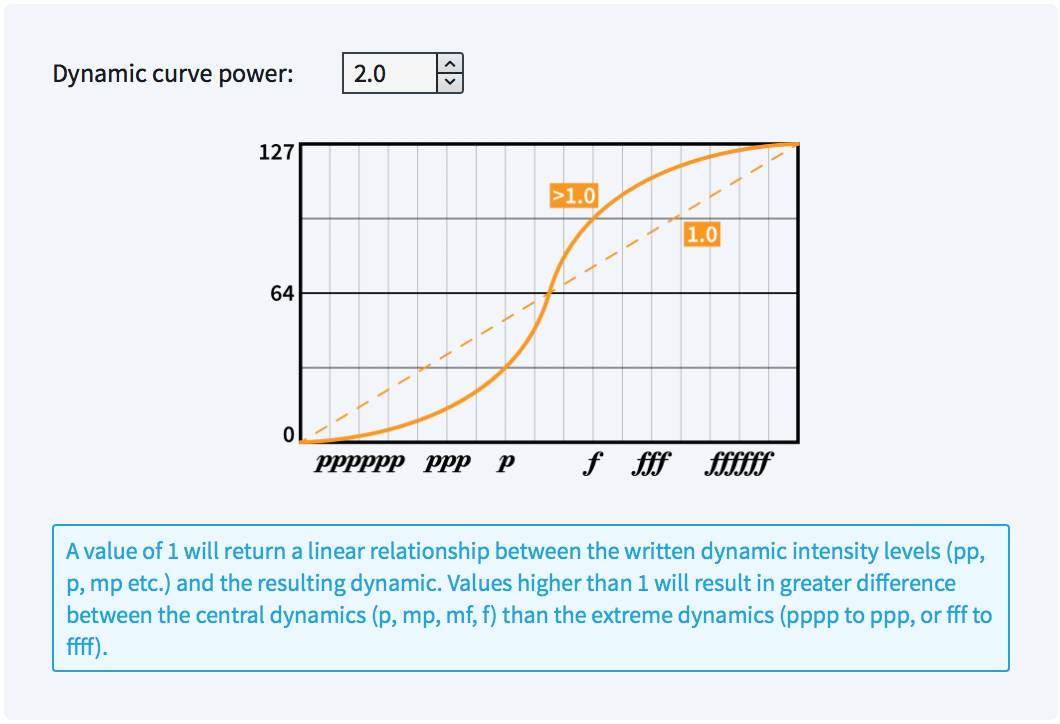 The Timing section controls the duration of default (unmarked) notes as well as those of staccato, staccatissimo, tenuto and legato (slurred) notes. 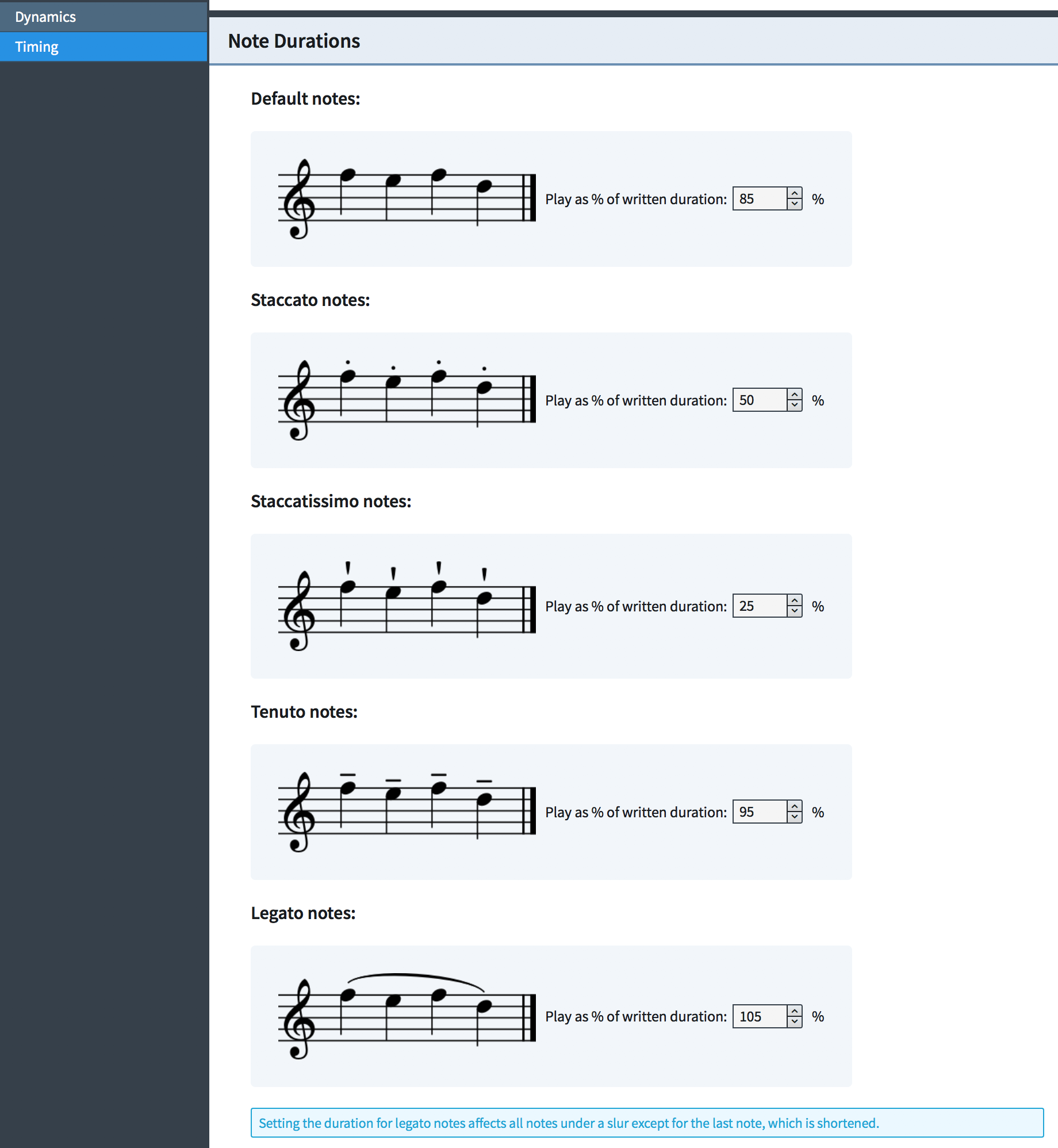 There is also a humanize option which modifies the start position of notes by up to 10 ticks, and the ability to control, in seconds, the gap between flows during playback, like when playing back movements.

In Daniel Spreadbury’s blog post, he said that playback “will remain an area of focus for us as we work towards our next updates, along with further improvements to the playback infrastructure, such as support for VST Note Expression, support for multiple input/output ports (as used by e.g. Vienna Ensemble Pro), and so on.”

Silence may be golden, but it’s not often easily notated…

Confused? It’s the novel way that Dorico deals with multiple voices that makes this necessary. For a detailed discussion of this, read our review of Dorico 1.0.

Related to this is the new ability to explicitly create bar rests during input. Either click the big Insert Bar Rest button in the Bars and Barlines panel while in Write mode, or type Shift+B for the popover and then rest.

There’s also a new option, Rests equal to the length of a compound beat, to render dotted rests, or not, e.g. in 6/8 time.

Other writing and engraving improvements

No, there are no chord symbols, yet — but Daniel said that when their team returns to work in January to plan the next update, they will tackle the most requested features, “and it seems very likely that implementing support for chord symbols will be at the top of that list.”

Approximately 50 identified bugs have been fixed, in addition to all the items classified as new features. A full list of those fixes, a version history and application updaters are available from the Dorico download page on Steinberg’s web site.

The third Dorico update, version 1.0.30, is available, with some new features particularly in the areas of rests, barlines, bar...