Editor’s note: Peter Jonas, the author of this article, is a software developer and the OpenScore project manager for MuseScore.

Launched just a few weeks ago, OpenScore is a new crowdsourcing initiative to digitize sheet music by the likes of Mozart and Beethoven, and make them freely available for everyone to use for any purpose. We have come a long way since we announced the project back in February, and I would like to share the developments with you now.

A key challenge for most crowdsourcing projects is attracting the critical mass of contributors required for long term sustainability. OpenScore has an advantage in this regard, because it has immediate access to two of the largest sheet music communities through its parent organizations: MuseScore and IMSLP. Thanks to the generous contributions of these communities, we’ve already been able to start putting together the first OpenScore Editions. 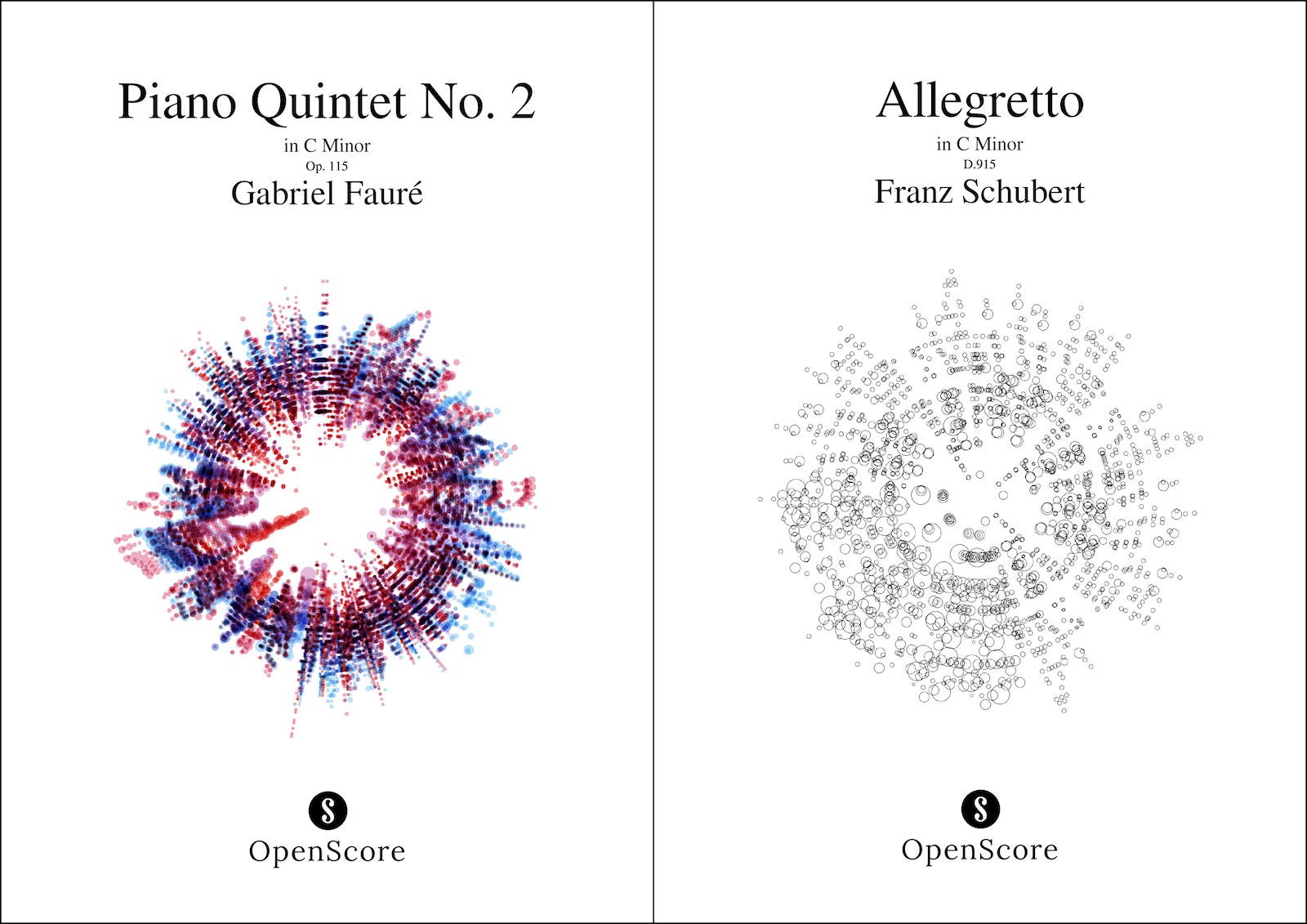 One such score is Beethoven’s Für Elise, which is also available as a Braille score for blind musicians and as Modified Stave Notation for partially sighted musicians. Making scores available in accessible formats is something that sets OpenScore apart from other open sheet music initiatives. This is made possible with the aid of our partners at RNIB and Music21.

Another thing that sets us apart is our method of crowdsourcing. The lesson we took from other projects is that if you sit around and wait for people to transcribe the pieces they like, you’ll end up with ten transcriptions of the first movement of Beethoven’s 5th Symphony, and none of the other movements. We will overcome this by placing a bounty on works that have not yet been transcribed. The bounty comes in the form of free membership of MuseScore’s score sharing website.

In addition to rewarding individual contributions, we will also actively create new transcriptions through a collecting crowdsourcing process where scores are split up into small pieces and sent out to many transcribers. This reduces the burden on individuals when transcribing large pieces of music, such as an opera or a symphony. This allows us to introduce new people to the software and skills necessary for transcribing. It also creates a sense of community as transcribers work together to liberate pieces.

We have been running a pilot transcription project to make sure the crowdsourcing process is viable. A small number of MuseScore.com members were invited to take part in a trial transcription of Fauré’s Requiem. The trial enabled us to identify the common transcribing errors and produce a set of guidelines to help transcribers avoid them. The guidelines are mainly concerned with the proper placement of lines and symbols to get the desired effect during playback.

While the engraving was not perfect, the trial proved that MuseScore’s users were more than capable of entering all of the right notes and symbols to create a semantically correct score. The layout could be improved by sending the score to a second group of transcribers who have demonstrated themselves to be particularly skilled at engraving. Even as it is, the score is already good enough for us to generate Braille for blind musicians, output MIDI and MP3, parse and analyse for research, convert to non-standard forms of notation for educational purposes, and even generate artistic visualizations.

Ultimately, the point of OpenScore is not to create beautiful engravings. The value of an OpenScore edition is that it is digital, editable and parseable. The notation will be good enough to satisfy casual users (i.e. the vast majority of people) and those who are not satisfied will be able to take the OpenScore editions and use them to create beautiful engravings and critical editions, which they can do without paying royalties thanks to the Creative Commons copyright waiver.

OpenScore’s goal is to liberate all public domain music, and we still have a long way to go  developing the systems and tools to make this possible. It is for this reason that we have launched a Kickstarter campaign. By promising an initial set of 100 scores, including history’s most influential pieces, we hope to raise enough money to develop our platform further. Backers can help pick the pieces to be liberated, so do check out the campaign if there is specific work or composer you want to see liberated. I look forward to sharing to our progress with you at a later date.

If you plan on visiting Musikmesse 2017, or even if you're just curious about what's happening, here's where to find...

Coinciding with today's official release of MuseScore 2.0, we have a roundup of the program's new features as well as...