Today, Wallander Instruments released NotePerformer 3.3.1, an update to its plug-and-play sound library. This update is a minor maintenance update to the larger 3.3 update that was released in November 2019, and addresses a handful of issues related to that release. It turns out that getting saxophones to balance properly is as difficult to do in NotePerformer as it is in real life!

The NotePerformer 3.3 update brought official Dorico 3 support, macOS 10.15 Catalina support, and a number of other fixes and improvements. 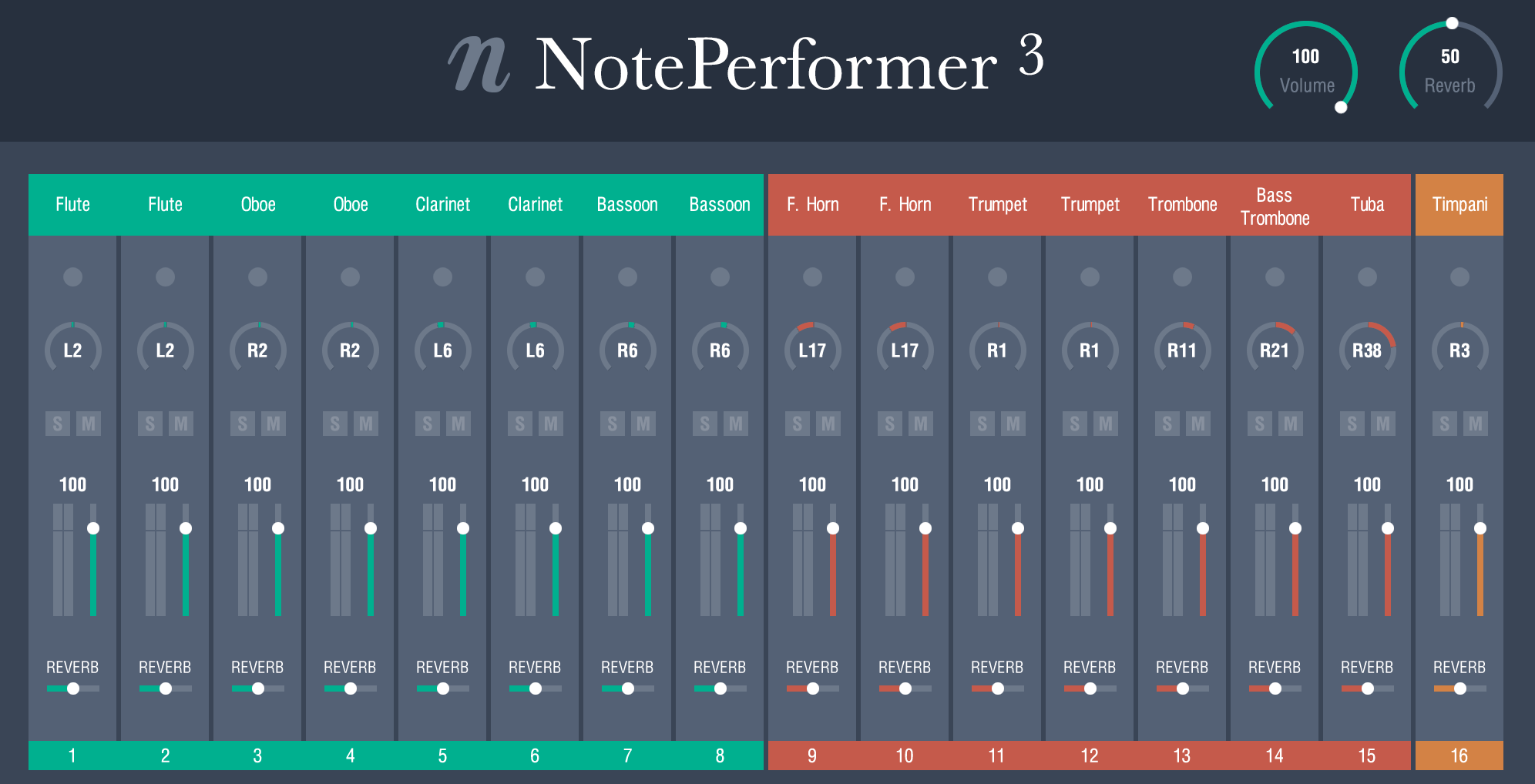 NotePerformer is compatible with Sibelius, Finale, and Dorico and is a popular default playback configuration choice for many users of those music notation programs.

According to the version history, the following items are included in the NotePerformer 3.3.1 update:

macOS Metal driver is now used only from Catalina and up: The mixer interface of NotePerformer 3.3.0 did not work on some older Mac computers running High Sierra, due to having a graphics card which isn’t Metal compatible. The problem was resolved such that only Catalina and higher uses the Metal driver. Users running High Sierra and Mojave get the OpenGL driver instead. Both drivers are similar in performance.

Artificial harmonics are no longer calculated for Dorico 3: Because Dorico 3 introduces a new system for artificial harmonics, where the pitch is to be calculated by Dorico 3 itself, this NotePerformer feature is redundant. The feature has therefore been turned off, as it may otherwise cause issues when writing polyphonic harmonics. This does not affect Dorico 2 users, or users of Sibelius or Finale.

Slur+tenuto and slur+staccato bug was fixed: NotePerformer 3.3.0 introduced a bug invalidating playback for these combinations of techniques. The problem has been fixed. Also, slur+mezzostaccato now resolves to the same technique as slur+staccato, which is usually semi-legato, rather than producing unpredictable results.

Fixed blurry graphics bug on macOS retina screens in low-res mode: The NotePerformer mixer would previously be blurry, when using a low-resolution notation program on a high-DPI screen in macOS.

Fixed level meter glitch in macOS Metal driver in low-res mode: The level meters in the NotePerformer mixer would previously have a glitch, when using the Metal driver (High Sierra and up for NP 3.3.0) in standard resolution mode. The problem was fixed.

For new users, NotePerformer 3 is available as a download for $129, and a 30-day free trial is offered. A rent-to-own option is also available at $10.75/month.